Snapshot of the Day: The ONE FC Championship belt

ONE FC will be crowning their first three champions on October 6th, here's how their title belt will look like.

Share All sharing options for: Snapshot of the Day: The ONE FC Championship belt

After a little over a year and with 5 shows already in the books, ONE Fighting Championship has decided to crown their first few champions. The top Asian promotion's sixth event happens in a few days, and the event will play host to three title fights which will place inaugural champions at their bantamweight, featherweight and lightweight divisions.

The promotion has released a sneak peak of how these 13 lb. championship belts will look like, and you can check out a photo of it below: 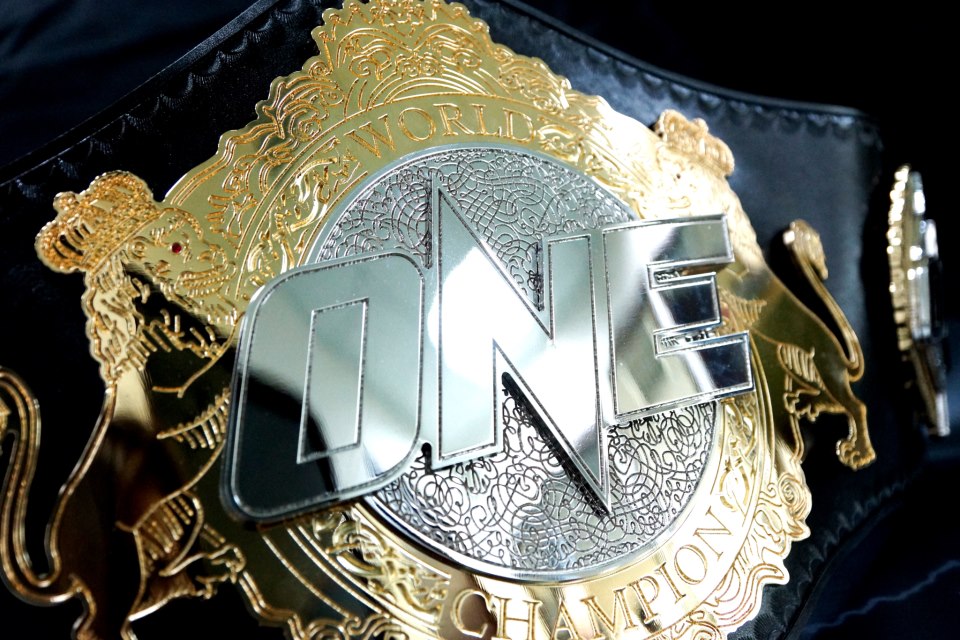 Here's the complete fight card for their 6th event which also includes the opening round of the ONE FC Bantamweight Grand Prix, and a super-fight between Aoki and Lepont:

* - Not yet officially announced
Main card will be available at a $9.99 online stream