One FC 5 Pride Of A Nation Gif Round Up

Share All sharing options for: One FC 5 Pride Of A Nation Gif Round Up 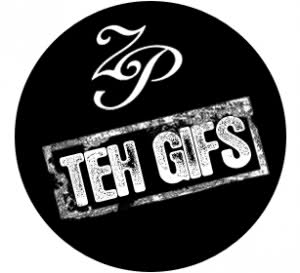 Zombie Prophet has once again favored us with gifs of all the highlights from the One FC 5 Pride of a Nation main card. Fights featured include:

If you enjoyed this don't miss the Gifs from the One FC 5 prelims.

Related Stories: Tim Sylvia And Andrei Arlovski Go To No Contest Due To Illegal Soccer Kick | ONE FC 5: Pride Of A Nation Live Video Stream, Results And Discussion

Gifs after the jump

SBN coverage of ONE Fighting Championship 5: Pride of a Nation

Belingon lands a nice hook kick to the face of Kim to open the action.

Belingon lands a kick and then sprawls as Kim shoots in for the single leg.

Belingon ends the fight on top.

Gracie comes in swinging and shooting for the take down.

Jung gets taken down but does a nice shoulder sweep to get Gracie off of him.

Gracie goes for an arm bar, Jung nearly gets a back crucifix but has to stand in the scramble with Gracie taking his back.

Jung once again fending off an armbar attempt from Gracie. Pretty close call here for the Korean fighter.

Another clinch, this time it's Jung getting the trip takedown.

Jung hurts Gracie with punches and a flying knee and gets the finish on the ground.

Jung Hwan Cha def Igor Gracie via TKO at 1:03 of round three.

Rolles ducks under, gets the clinch and the take down straight to side control.

Rolles with another trip take down, gets the back, inserts hooks and gets the rear naked choke for the tapout.

Kelly tags Pulver early and hurts him with a pair of right hands but Jens capitalizes on an attempted high kick for the takedown.

Kelly over-commits on a charge and Pulver capitalizes with a counter left that drops him.

Pulver wipes his hands off on his shorts after clinching with Kelly. Greasy much?

Kelly throws a hook and a knee/kick but doesn't appear to land although Pulver staggers away.

Kelly gets the finish with a pair of kicks that drop Pulver and he follows him down with punches.

Eric Kelly def. Jens Pulver via TKO at 1:36 of round two

Sylvia gets the clinch early and roughs Arlovski up with dirty boxing until Arlovski gets double unders, tries for a trip and settles for reversing against the cage.

Arlovski firing a lot of kicks, a combination of punches and Sylvia replying with punches and a kick of his own.

Sylvia forces Arlovski back against the cage, uses dirty boxing and even gets the Thai plum for a knee to the chin.

Arlovski taps Sylvia right on the button with a lead left hand.

Again Sylvia has Arlovski backed up to the cage and mixes dirty boxing (upper cut with a collar tie to control Arlovski) and straight punches.

Arlovski with a double jab, makes Sylvia miss, was that a headbutt?, high kick, more punches to a stunned Sylvia, another head butt?

Now they both have a collar tie, exchanging uppercuts and that was definitely a flagrant, deliberate headbutt from Arlovski.

Here's the controversial ending. Arlovski hurts Sylvia badly with a pair of looping overhand rights that drop him. Then Arlovski goes in for the soccer kicks WITHOUT getting the clearance from the ref.

Another angle and slo-mo. It's clear that the punches did the vast majority of the damage to Sylvia.

The two rivals seem quite civil after the bout. Looks like Arlovski vs Sylvia 5 is on its way.

Enomoto catches Folayang with a left after catching a kick.

Folayang fires a spinning back kick that grazes Enomoto. Love the wushu!

Folayang begins to connect with the winging, looping punches. He hurts Enomoto with a left-right, follows up with a couple more loopers that connect then ends the series with a sharp straight left.

Folayang drops Enomoto with a right hand and follows him to the ground in a failed attempt to finish before time ran out in round 2.

Enomoto catches another kick and lands a right hand.

Folayang again drops Enomoto at the end of the third (not shown), follows him down trying for the finish and eats an upkick for his troubles.

Amazing opening scramble to start the fight. Falciroli catches a kick and uses it to take Fernandes down only to be instantly swept to his hands and knees. Then Fernandes instantly swings onto Falciroli's back. Amazing grappling.

Fernandes hurts Falciroli and drops him with a right hook. When Falciroli tries to cling to Fernandes' leg in an attempt at playing deep half guard, Fernandes batters Falciroli's face with punches.

Here Falciroli has used the deep half guard with a bit more success and is able to knee Fernandes in the face from what is a very unusual position.

Falciroli lands some sharp kicks to Fernandes. First a leg kick then a snap kick to the face.

Fernandes forces a clinch, backs Falciroli up against the cage, applies a double collar tie/ Thai plum and works with knees and elbows and Falciroli answers with punches.