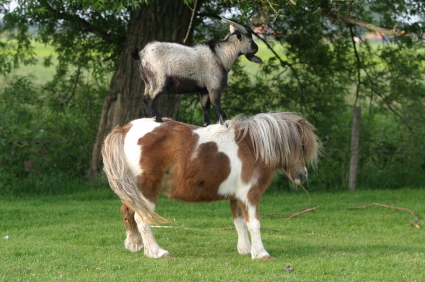 The most common error in business or statistical forecasting happens because as Neils Bohr said, "Prediction is very difficult, especially about the future." So we lazily and simply look at the past or present, and extrapolate it into the future. It is usually a flawed way to predict markets, profits, or MMA fight outcomes- except of course, if you're predicting the outcome of a Ronda Rousey fight.

'Rousey by armbar'. It is the laziest prediction imaginable, but one that has a surprisingly high statistical likelihood of being correct. Similar predictions with a high probability of accuracy are 'Rousimar Palhares by leglock', 'Junior Dos Santos by knockout punch', and 'Chael will take him down with a double leg.' These trademark techniques are so dangerous because these fighters devoted disproportionate amounts of training time to mastering them.

Since training time is a constraint, this shows that the key to being a truly lethal fighter is making a deliberate choice NOT to master a wide range of techniques. Anderson Silva is a Judo black belt, but almost never attempts any sort of takedown from the clinch. He does however, almost always attempt a Thai plum, knee strikes and elbows from the clinch. He has deliberately chosen to make these his instinctive clinch techniques, to the exclusion of the hundred other techniques applicable in that situation.

Ronda Rousey of course, has made a completely different choice: in the clinch, she will almost never try to knee or elbow you, but will instinctively attempt to Judo throw you. This ability to make deliberate choices to excel in only a few key skills is not just a good idea, it is a necessary one. The human brain is wired to master or memorise only a few things very well. Polymaths are an aberrant mutation in nature. Also, under the stress and pressure of a fight, with no time to think we reflexively rely on the techniques we have drilled so many times that we can take their effectiveness for granted. And there just aren't enough hours in one lifetime to master that many.

I had a dear friend who was a Taekwondo black belt. A lifetime of kicking had mutated his thighs into mighty knots of corded muscle. Being kicked by him during sparring was like being whacked with a baseball bat. His legs were as dexterous as a normal man's arms, and he once decimated a gang of assailants in a street fight with only his feet. By dedicating himself to mastering kicks (and the footwork to get into position to use them) he had overcome the constraints of a limited skillset to become a truly devastating fighter.

Another Karate colleague of mine chose to specialise in the reverse punch (Gyakuzuki in Karate). 'Sempai Gyakuzuki' as we dubbed him, had drilled the technique until it became so fast and powerful, it was impossible to defend against. He could use it to counter punches, kicks, takedowns- anything. He once medalled in a national Karate competition by winning every fight with that single technique. You knew it was coming, but resistance was futile. Sound familiar?

This doctrine of choosing to excel in only a few things seems to fly in the face of the modern MMA dictum that a fighter should be as 'well rounded' as possible, and that being 'one-dimensional' is the kiss of death. But of course, I'm not advocating literally mastering only one technique. The message is that being master of a few complimentary skills is better than trying to be a master of many, which is a fool's errand that results only in mediocrity.

Crucial to successfully adopting this 'less is more' philosophy is choosing wisely when selecting your small portfolio of favorite party tricks. Most importantly, they should complement each other. For example, Chael Sonnen's double leg is 'no can defend', but it doesn't finish fights. So he would be wise to also master one indomitable ground finishing move (along with, ahem, a triangle defense).

Similarly, Ronda's armbar trick is a perfect complement to her excellent takedowns, because the latter facilitate the former. She doesn't need to ever master elbow strikes, spinning back kicks, flying knees, or even any sort of kick at all. However, mastering striking defense would keep her from being knocked out while closing in for the clinch. JDS likewise smartly complements his lethal boxing with a formidable take down defense that allows him to fight in his stand-up comfort zone.

The simple, effective logic becomes clear. Instead of mastering a wide range of striking, takedown and submission skills, cherry-pick a key few that make you both lethal and hard to kill. The specific nature of your small bouquet should depend on a clear definition of what trick pony you want to be, but it should include at least one overpowering finishing skill, and another that compensates for any technical weaknesses.

If well designed according to this principle, the much-maligned one dimensional fighter or one-trick pony can actually be more lethal and effective a fighter than the well-rounded one. Being a limited fighter might actually be the smartest- and most efficient- route to invincibility.