It's unfortunate that this Saturday's (July 14) Strikeforce: Rockhold vs. Kennedy show is flying under the radar. The card not only features divisional relevancy with a pair of championship bouts, but will stage the return of former UFC middleweight contender Nate Marquardt and is as rock-solid from top to bottom as a Strikeforce event can be -- especially the preliminary lineup.

Showtime Extreme will air the 5-piece undercard, which is stacked with established veterans, promising up-and-comers and appetizing match ups overall. It kicks off at 8:00 p.m. ET before the main card goes live at 10:00 on Showtime. The event is headlined by middleweight champion Luke Rockhold defending his title against Tim Kennedy while Marquardt and Tyron Woodley will vie for the vacant welterweight throne. The prelims are distinguished by competitive and evenly-matched fights that should present quite a challenge to predict accurately.

Masvidal is coming off a unanimous decision shut-out to lightweight champion Gilbert Melendez. Masvidal went into the title bout with an injured hand and aggravated it further in the opening round, forcing the Cuban-American boxer to rely on a jab-centric strategy with limited use of his power hand.

Coincidentally, Masvidal has been on the cusp of a breakout opportunity but fallen short in the past. He was pegged to rise up in Sengoku but ate a haymaker from TUF Brazil contestant Rodrigo Damm in his debut (his only TKO loss), which snapped an 8-fight win streak that included Yves Edwards and Keith Wisniewski. Then, fans were salivating over the idea of Masvidal butting heads with then-Bellator-champ Eddie Alvarez, but Toby Imada's inverted triangle crushed those hopes.

Continued in the full entry.

Wilcox was a Division 1 wrestler who impressively qualified for the NCAA tournament as a freshman. He started off his MMA career as a welterweight but tackled a stiff assembly of competition right out of the gate (decision win over Bobby Voelker, submission loss to Chad Reiner, TKO loss to Dan Hornbuckle).

The 1-2 pace inspired a drop to lightweight and Wilcox proceeded to unreel a 10-1 sequence with wins over Gabe Ruediger, Vitor Ribeiro and the aforementioned Damm with only Japanese standout Mitsuhiro Ishida topping him (armbar). His momentum's been stifled as of late with a No Contest resulting from an inadvertent eye poke against Gesias Cavalcante and a 13-second knockout at the hands of Caros Fodor in his last.

"The Silverback" is a fitting nickname for Wilcox. He's a former bodybuilder, he's as broad as a barn and power is integral to his tenacious takedowns and beefy power punches. His no-frills aggression and massive 5'6" frame will contrast sharply with Masvidal's artful marksmanship and lanky 5'11" physique.

Wilcox typically moves straight forward and plugs in short and tight heaters while mixing in explosive takedown attempts and well-placed high kicks. Masvidal prefers a more refined contest with excellent footwork and angles to keep him upright, elusive and penetrating constantly with diverse combinations. His in-and-out patterns and strike selection are phenomenal and his head movement is solid as well, though he has been susceptible to quick, straight punches while he's focused on his own offensive rhythm.

Interestingly enough, Masvidal has faced a short list of overbearing wrestlers on his 29-fight resumé and none with the clout of Wilcox. He's also one of the best pure boxers at lightweight but his strength is his fluid technique and cunning accumulation of strikes more so than knockout power -- though the former can definitely produce the latter. However, the same can really be said of Wilcox in reverse, as the wrestler is relatively inexperienced against stellar strikers and lost to 2 (Hornbuckle, Fodor) of the 3 (Damm) he's faced.

That makes this match a bit of a coin-flip. Though Wilcox has made impressive strides with his striking, I'll lean towards Masvidal for his under-rated wrestling, 8" reach advantage (73" vs. 65"), 5" height advantage (5'11" vs. 5'6"), improved defensive grappling and overall gameness. However, it's quite possible for Wilcox to simply out-wrestle him or catch him with a sub in a scramble or find his chin with a stiff series of punches (standing or on the mat).

My Prediction: Jorge Masvidal by TKO.

Hirota is a solid new acquisition even though casual fan's won't recognize his name; if they do, it's as the poor guy whose arm the bird-flipping Shinya Aoki folded in half on the 2009 K-1 Dynamite card. Hirota is the former Cage Force and Sengoku lightweight champion, he recently unseated crescent-kick aficionado Katsunori Kikuno to win the Deep lightweight strap and even crept inside the lightweight top-10 rankings on a few sites just before meeting Aoki.

Hirota is a rugged and feisty gamer who doesn't fit the typical mold of an overseas talent. His Judo background gives him a high-pressure and grinding clinch style while his unornamented boxing is delivered from a tight stance with good balance. Hirota is a methodical stalker who flings out a steady stream of straight lefts and rights while advancing into the clinch, where he drenches his opponent with punishing knees and paralyzing head control.

Healy is the sleeper of Strikeforce's lightweight class. The Team Quest wrestler's decision to drop to 155 after being 37-fights deep at 170 enabled a career rejuvenation, as Healy's only defeat in his 7 lightweight outings is to big-gun Josh Thomson -- though it's worth mentioning that he took Thomson's back in rounds 1 and 2 and threatened with legit submission attempts before tapping to a rear-naked choke.

This is a large-framed lightweight who's submitted Carlos Condit, Paul Daley and Dan Hardy and tackled a laundry list of top fighters throughout his career. His stand up is his weakest aspect but it's still functional and his medley of wrestling and submission grappling poses a threat to any 55er in the business. Yes ... any.

These might be the 2 most under-rated lightweights in MMA, so it's unfortunate that Hirota is drawing such a complex juggernaut in his Strikeforce and stateside debut. Healy is really an unfavorable match up due to his size, wrestling and exceptional Fight I.Q. Hirota's M.O. is to stifle with gritty clinch entanglements and short jackhammers but, while that's still his best avenue against Healy, who has a few suspect losses by stoppage, he'll be hard-pressed to enforce that bullying strategy.

My Prediction: Pat Healy by submission.

Similarities abound in this match up: Mein and Stinson are both young talents, spindly southpaws with stiff and precise boxing and their fight records are almost identical. Even their method of finishing is eerily comparable: Mein boasts 13 TKOs, 7 subs and 4 decisions while Stinson clocks in with 15 TKOs, 6 subs and 2 decisions.

Mein, who's still in his early 20s, has been justifiably trumpeted for his natural gravitation to MMA and insane willingness to compete. Jettisoning the slow and cautious route, Mein threw himself into the fire of consistent competition and now conducts himself with the savvy and composure of a veteran. His kickboxing is top-notch: he prefers southpaw but switches stances regularly, he gradually gets a feel for his timing and can quickly take ownership of the fight once he's on, his accuracy is uncanny, his tactful movement in the pocket is his best asset and his submission grappling is on par and continually improving.

While Mein is fairly tall (5'11") and thin for a welterweight, Stinson, at 6'3" tall, is reminiscent of head-hunting lefty Ben Saunders. The vicious southpaw's striking venom was on full display in his last turn -- a razor-thin split-decision loss to the wily Tarec Saffiedine -- in which Stinson persisted with laser-straight missiles and a stubborn sprawl-and-brawl approach. Though neither have a gleaming wrestling pedigree and struggle with that aspect the most, they're both resilient with takedown defense and far from unequipped with offensive wrestling when they attack opportunistically.

I'm telling you right now: I have no clue who'll win this fight and I can see it being a long, drawn out war of attrition or a quick and violent stoppage for either. Stinson has a substantial edge in size and moderate edge in punching power; Mein is the more polished and diverse striker (kicks, knees and chopping elbows) and the superior submission artist -- but should struggle to ground Stinson. Again, it's unfortunate that one of these encouraging prospects has to lose as I think they have a bright and prosperous future ahead of them.

I'll take a guess that Mein's smooth bobbing and weaving will make him hard to hit and his skillful counter-striking will lend him the tempo to eventually dictate the exchanges. The only safe bet is that this clash will be a fan-friendly barn-burner.

My Prediction: Jordan Mein by decision. 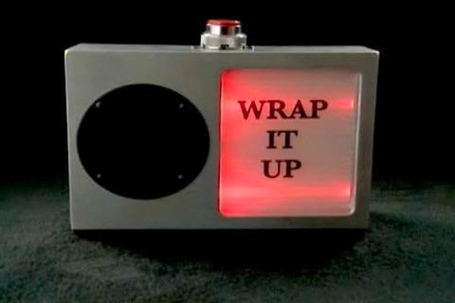 High is yet another regularly over-looked fighter who's fought in the UFC, Strikeforce, Dream and Affliction. His 3 losses are to reputable competition (Jay Hieron, Charlie Brenneman, Marius Zaromskis) and the 6-fight roll he's on includes wins over Hayato Sakurai and Jordan Mein. Moore is a well-rounded AKA product who hasn't faced a lot of upper-echelon opposition and fell hard when he did (2nd-round TKO by Saffiedine), so I expect High's submission wrestling and tenacity to carry him to a submission or decision win.

My Prediction: Jason High by decision.

I'm a finicky bastard when it comes to buying into someone's hype, but Couture's shellacking of Conor Heun sold me on the kid, who's got some big shoes to fill under father Randy Couture's vast shadow. Duarte trains at The Arena with K.J. Noons and 2-time TUFer Myles Jury and is enjoying a 5-fight surge with 4 stoppages. He's no cake-walk but Couture's 3-dimensional proficiency, particularly his submission grappling, should see him through.

My Prediction: Ryan Couture by submission.