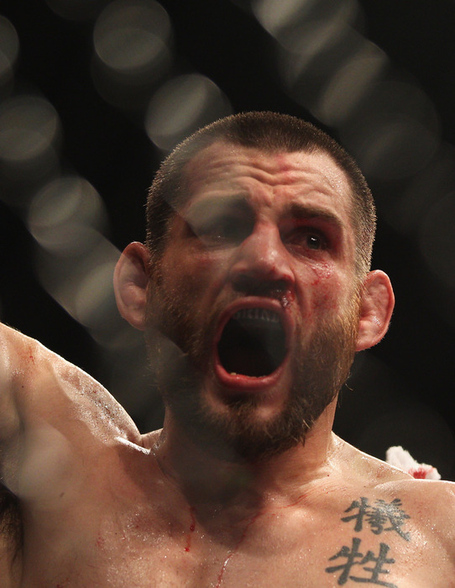 Former UFC welterweight #1 contender, Jon Fitch, today tweeted that he is targeting a return to action this September.

Fitch was originally supposed welcome Aaron Simpson to the welterweight division at UFC on Fuel 4 yesterday, but complications with his knee forced him out of the bout and he was replaced by Kenny Robertson.

Ariel Helwani tweeted yesterday that he would still like to see Simpson and Fitch fight later this year. To this, Fitch responded "Should be ready end of sept!"

Jon is coming off of a rough knockout loss at the hands of Johny Hendricks at UFC 141 late last year, where he was put away in twelve seconds by the now #2 ranked welterweight. Prior to this, he came off of a somewhat controversial draw with B.J. Penn as the headline fight for UFC 127, and he has been very vocal about wanting a rematch from the future hall-of-famer.

There are currently four UFC events planned for september, so it very possible we see Fitch back in action just around where he said he'd be ready.