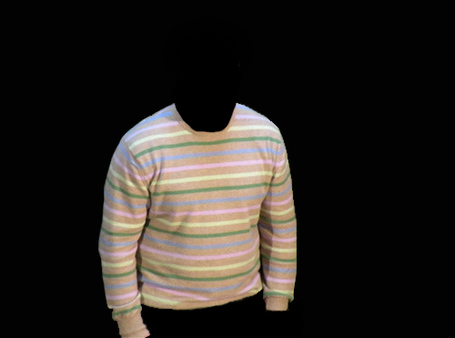 On October 2nd 1980, Larry Holmes gave Muhammad Ali the beating of his career. To this day, it is one fight (along with Ali's later loss to Trevor Berbick) that I and millions of boxing fans cannot bear to watch. It wasn't just the pathetic sight of a beloved icon being brutally beaten that was unbearable: it was the spectacle of a legend being destroyed. Before our eyes, the greatest boxer that ever lived was being reduced, blow by blow, into a wincing and helpless old man.

Yet somehow, Ali's reputation survived that ignominious defeat. To this day, he is revered as The Greatest of All Time. If it wasn't a perfect sporting record or the illusion of invincibility that earned him this distinction, what was it? It certainly helped that he had handily trounced the best boxers of his generation. But on the measure of pure pugilistic mettle, he wasn't that much better than Joe Frazier or Ken Norton. The real reason Ali so thoroughly surpassed those contemporaries of his in greatness was because of the way he made people feel.

When Ali fought George Foreman in Zaire in 1974, the locals shook the sky with cries of "Ali, Boma Ye!" (Ali, Kill him!). When he knocked Foreman out, it seemed every black person on the planet erupted in joyous ecstasy. Somehow, by winning, Ali had won for them. Every Muslim around the world swelled with pride that a man who shared their faith was the world's most magnificent athlete. Americans, many of whom had loathed him for his earlier militant views and Muslim faith, adored him because his courage, grace and talent reflected glory on an entire country. He made them feel good.

But do those that become great necessarily even have to be good? For later generations, Mike Tyson was their Muhammad Ali. Like Ali, his reputation for invincibility was later tarnished by a number of embarassing defeats. But still, millions (including UFC Grand Poobah Dana White) consider him a greater champion even than fighters like Evander Holyfield and Lennox Lewis who were arguably better boxers. Why? Because they remember the way they felt when Tyson fought in his prime. He electrified the world with his coruscating blend of primal brutality, precocious power and dangerous, even self-destructive, animal passion.

Outside the realm of sports, the principle holds. Many Americans fondly remember John F. Kennedy as the greatest President of modern times. This is odd, considering that his greatest achievements were an embarrassing failure to invade Cuba, starting the disastrous Viet Nam war, and taking the world to the brink of nuclear Armageddon while high on painkillers. But his Presidency was bathed in a warm glow of grace, glamour, glory and goodness. The Kennedy White House was Camelot made flesh. JFK rose to the level of greatness not by the significance of his achievements, but by how he made people feel.

And Fedor? There will always be questions about how much he deserves to be in the Pantheon of MMA greats. The mettle of his opposition will always be questioned. He never really had his 'Thrilla in Manilla' or 'Rumble in the Jungle' moment of world-beating greatness. Technical purists will always argue that there was too much of the barroom brawler in his style. Some will say that like Tyson, he was a prolific destroyer of mediocrity, who crumbled when he was finally pitted against the best in the world.

But all this doesn't matter, because for a few magic years, this unassuming and enigmatic Russian made people feel the passion, brutality and glory of MMA. His victories were not merely the triumph of a sportsman but the apotheosis of a hero. As with Tyson or even Ali, we might argue that there were better fighters. And indeed, maybe there were. But what is unarguable was that for a few special years, nobody inspired excitement, love, hope, hate and wonder like Fedor.

He made the world feel something it hadn't felt before. And that will be his legacy of greatness.