The 2012 IBJJF Brazilian Jiu Jitsu World Champions are just around the corner and here a Bloody Elbow we are going to be breakdowns of the major teams and their athletes that will be competing in California. The first of this series looked at Atos and this article will focus on Gracie Barra.

Gracie Barra was originally the school of Carlos Gracie Jr, son of the first Gracie to learn Judo from Misuyio Maeda. Carlos Gracie Sr instructed his brothers in Judo, included Helio Gracie and together they developed the branch of judo known as Brazilian Jiu Jitsu. Carlos Gracie Jr. is a student of both his father and Helio and is the founder of the IBJJF.

The Gracie Barra is one of the traditional powerhouses of sport jiu jitsu world. Many of the sport's first great champions like Marcio Feitosa, Roberto "Gordo" Correa and Roberto Roleta were all students of Carlos Gracie Jr and had huge impacts on the evolution of the sport. Roleta's use of the inverted guard ushered in the modern open guard, and Correa innovated the half guard into the tactical position it is today.

Gracie Barra boasts the most world championships of any association and is home to many great champions. However in recent years, shear attrition has coincided with a surge of new talent in the sport and Gracie Barra has struggled to match past standards of success.

Rather than focus on quick fixes of drawing high level black belts to switch teams, the leadership at GB has gone with a more long term strategy. By far the largest BJJ association, they focused on a ground up approach. Since moving their headquarters to the United States the Gracie Barra leadership has focused on developing new talent all across the world to compliment their existing talent. This long term strategy is paying dividends in 2012 as GB has had a very strong showing at the European Open and Pan American Championships.

After the jump we will look at who to watch from Gracie Barra...

To the dismay of Gracie Barra fans both Roger Gracie and Braulio Estima have shunned the Mundials in favor of MMA yet again. The good news for Gracie Barra is it appears that Romulo Barral's injury that kept him out of the Pan Ams is not serious enough to keep him out of the Worlds.

Barral is a stalwart of the GB Competition Team, having won two world championships already. He also also served as grappling coach to several MMA fighters, including Dan Henderson, Jason Miller, and Muhammad Lawal. While injury and time away from competitive grappling have taken a toll on Barral, he is still a strong contender to win the Medium-Heavy weight class. 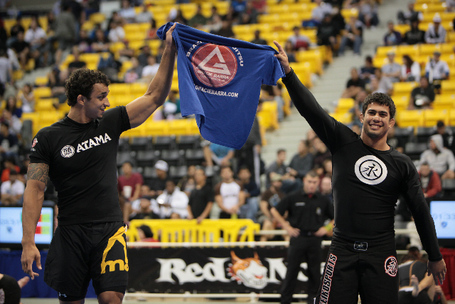 Another established Gracie Barra star is Otavio Souza. A two time Pan Ams champion and a no gi world champion, Souza has dropped to Middleweight this year hoping to find more consistent success.

Braulio Estima's brother, Victor Estima is another Gracie Barra star. Entered in the lists of the stacked Middleweight division, Victor is a long time competitor who found his stride last year winning a No Gi world championship and the European Open earlier this year. Victor has a diverse game and makes heavy use of footlocks. In the last few years he has also developed a rivalry with Kron Gracie, as the two meet often in competition and almost always have entertaining matches.

One of the rising starts of Gracie Barra is young Kayron Gracie, who will be fighting at Medium-Heavyweight. A five time juniors champion in Brazil, Kayron began competing at the age of nine and won his first Brazilian championship at age ten. Kayron won a world championship in his first year at brown belt in 2008 and was promoted to black belt after returning to the finals of brown belt worlds in 2009. In 2010 Kayron had impressive showings in his first major black belt competitions, winning the Pan Ams and bronze at the Mundials. Karyon has started 2012 off with a bang, winning gold in his weight at the Pan Ams. An injury forced Kayron out of the World Jiu Jitsu Expo, but thus far it appears he will be taking part in Mundials.

For the women's divisions, the loss of Kyra Gracie has hit GB hard. Gracie Barra will be sending Tammy Griego in at Heavyweight, who will be faced with the stern task of grappling with Gabby Garcia, the real life Brienne of Tarth. And Fabiana Borges, a two time Pan Am champion, will compete at Featherweight, where she could very well come face-to-face with Kyra. 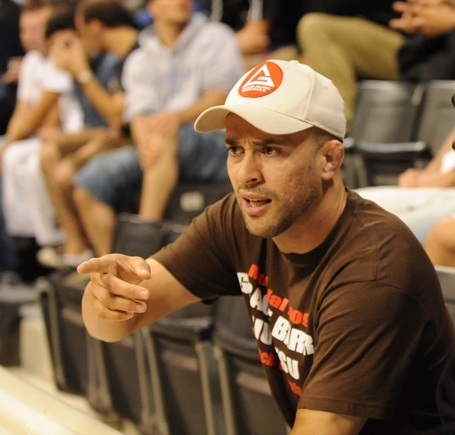 But black belt isn't the only place to look for Gracie Barra grapplers. The GB competition team is sending some extremely talented brown belts to California.

A.J. Agazarm is a former Ohio State wrestler turned Brazilian Jiu Jitsu grappler and is one of the brightest prospects in the Gracie Barra program.

While most would expect Agazarm to have a wrestling oriented game, he is an extremely well rounded grappler with a good guard game. At the Pan Ams this year Agazarm ran through the Lightweight division in impressive fashion and looks to do the same at Mundials.

Finishing second to Agazarm at that same Pan Ams was GB Birmingham's Stephen Martin, another name to watch for this coming weekend. At Medium-Heavyweight Felipe Pena is also a 2012 Pan Am champion that bears watching.

The 2012 Mundials will be taking place from May 31st - June 3rd and live streams are available on Budovideos.com for just $20. With their new multi-mat set up, Budovideos will have every single match of the event viewable online. Here at Bloody Elbow we will continue to do previews, live results and event recaps, so stay tuned.