Zuffa has officially announced UFC on Fuel 4, which is set for July 11th in the HP Pavilion in San Jose, CA. They also confirmed six main card bouts in the process. Here's the announcement of the main event and another big bout from the release:

On the heels of tonight’s successful STRIKEFORCE® event at HP Pavilion in San Jose, Calif., the Ultimate Fighting Championship® announced that it will return to the venue on Wednesday, July 11 with an action-packed card. Headlined by an explosive five-round fight between middleweight contenders Mark Munoz and Chris Weidman, the event will also showcase San Jose’s own Jon Fitch battling Aaron Simpson in welterweight action.

The other four main card bouts are as follows:

And here's the ticket info:

You can catch the rumored preliminary card fights after the hump.

SBN coverage of UFC on Fuel 4: Munoz vs. Weidman 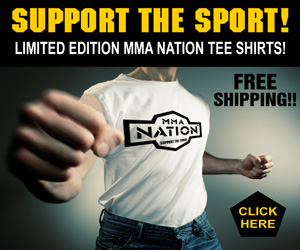