ONE FC 3: War Of The Lions Behind The Scenes And Event Photo Gallery - Part 2

Share All sharing options for: ONE FC 3: War Of The Lions Behind The Scenes And Event Photo Gallery - Part 2 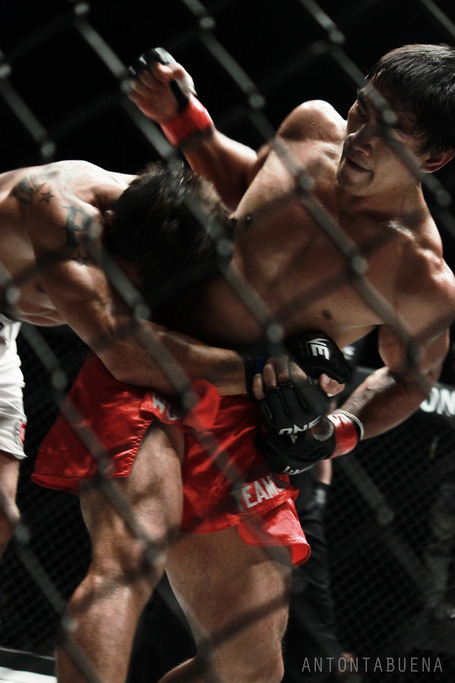 Here's the 2nd part of our exclusive photo gallery from ONE FC 3: War of the Lions. If you missed Part 1, don't forget to check it out here.

Pictured above is Eduard Folayang on his trademark red shorts, taking on Ole Laursen in what became an instant classic that won them Fight of the Night honors. 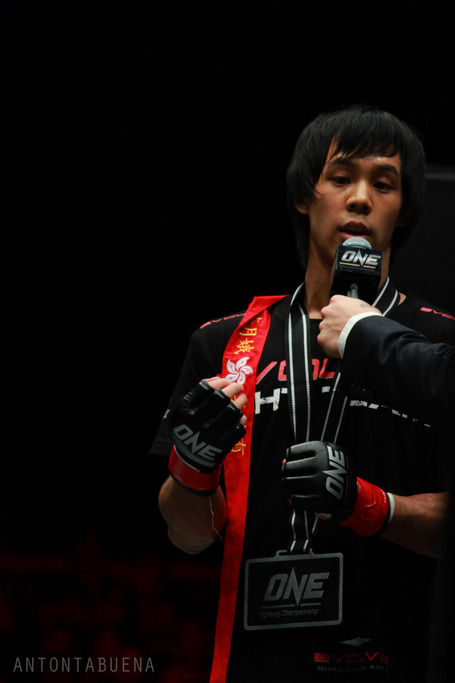 Eddie Ng, addressing the crowd after his dominant performance over Jian Kai Chee 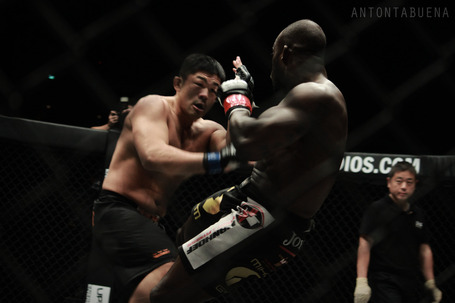 Melvin Manhoef, throwing the kick that caused bad cuts for both fighters 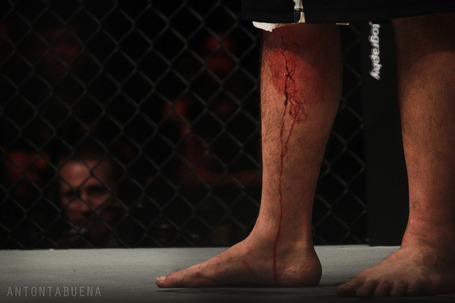 Yoshiyuki Nakanishi sustained a cut on his knee, which prompted the referee to call the doctors in, not knowing that Melvin's cut was even worse. 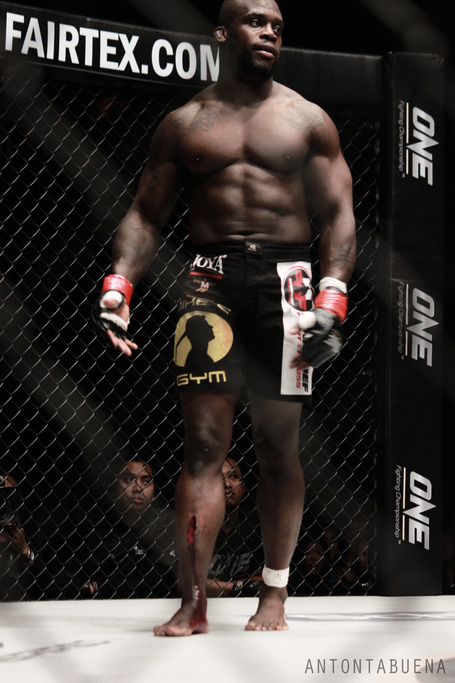 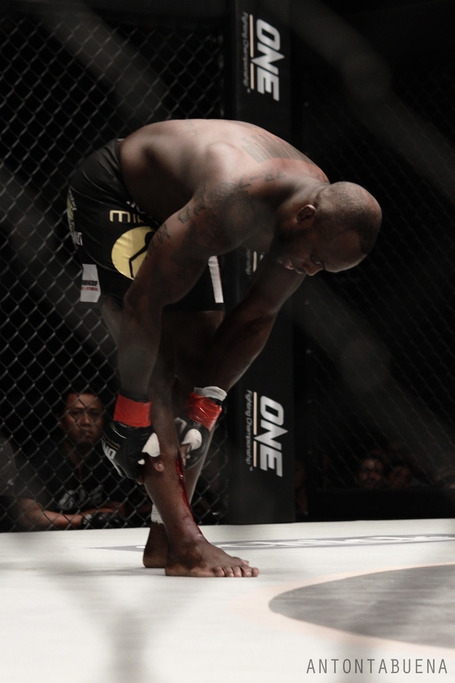 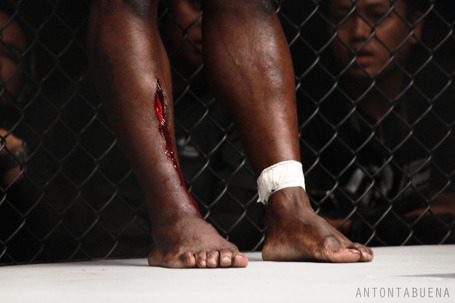 Manhoef's gruesome cut on his shin. Both guys still wanted to get it on, but the fight was waived and it was turned into a no-contest 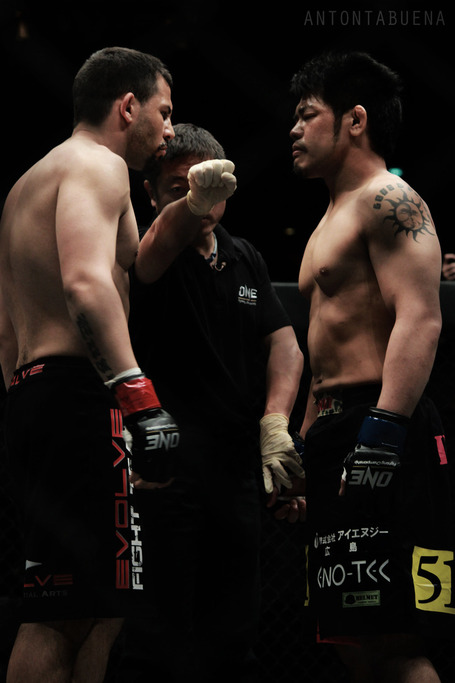 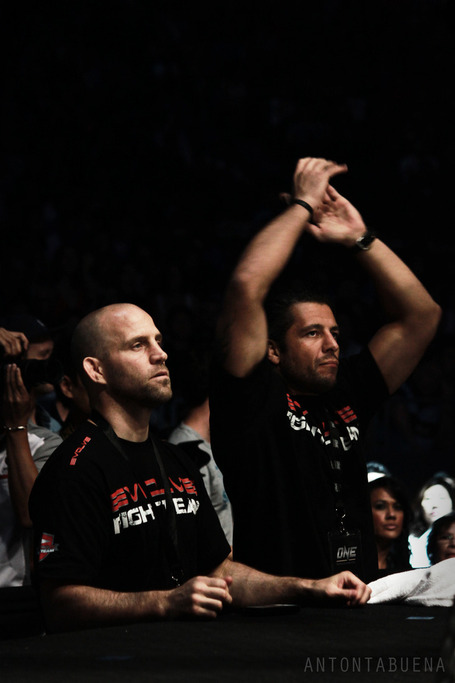 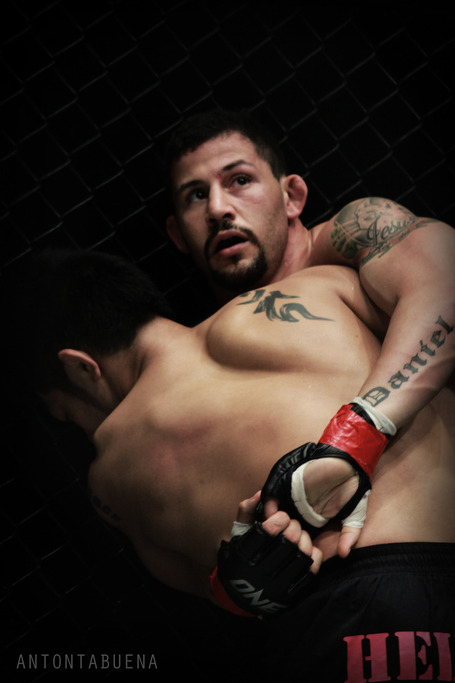 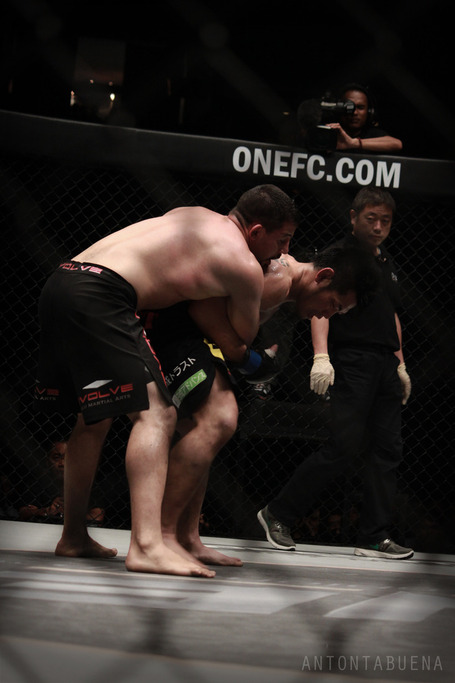 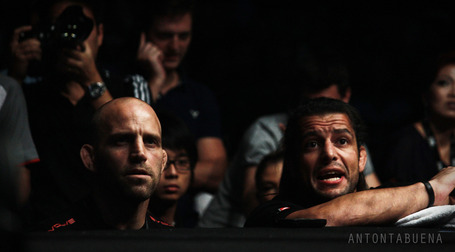 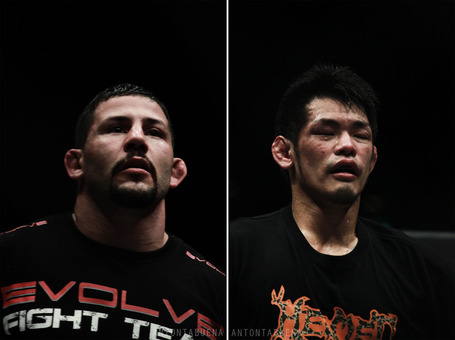 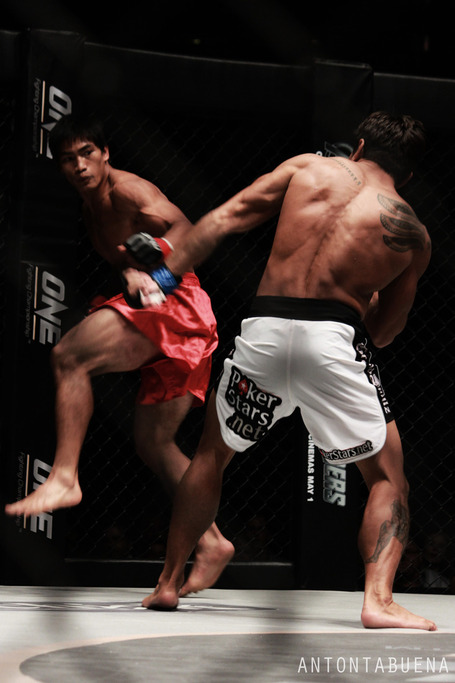 Eduard Folayang throwing one of those unorthodox Wushu side kicks. 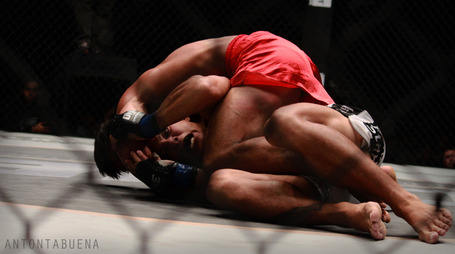 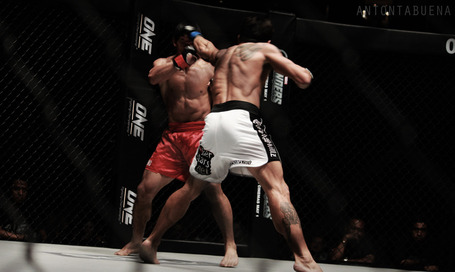 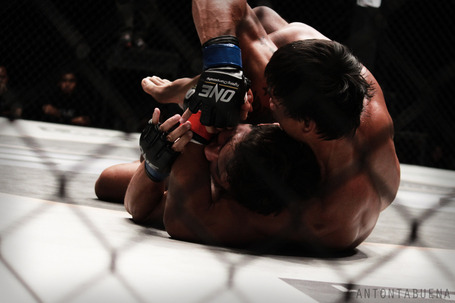 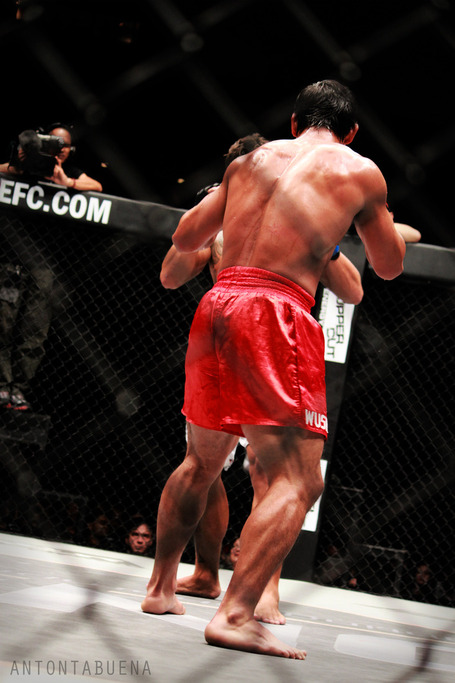 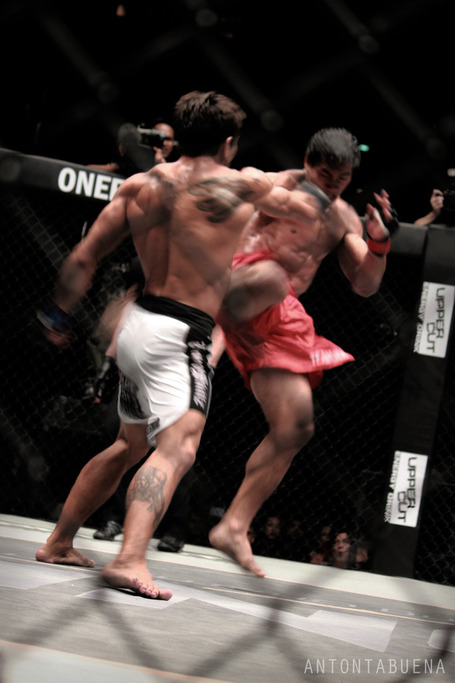 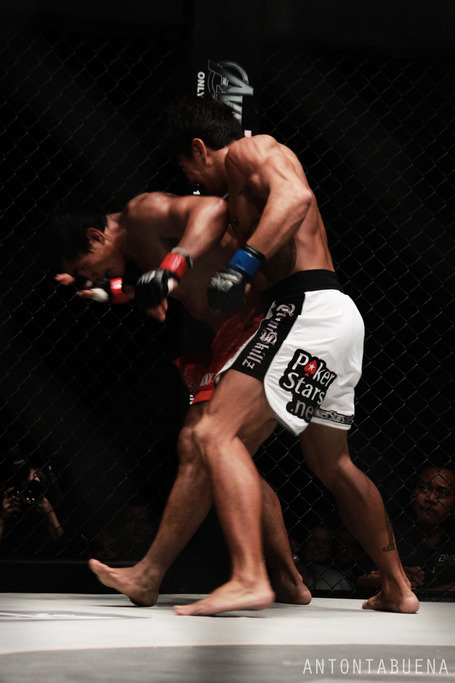 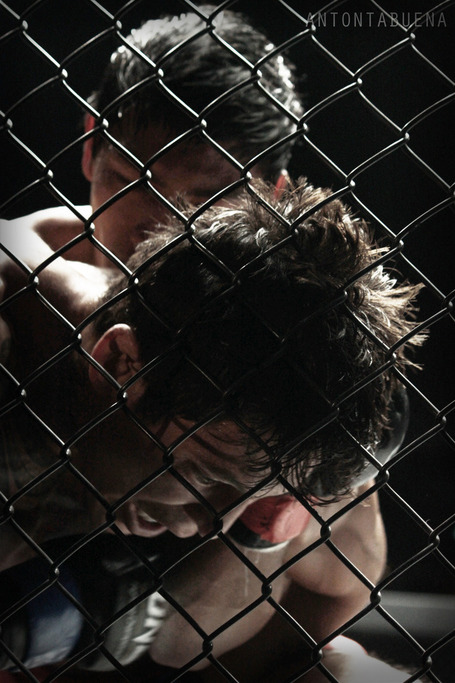 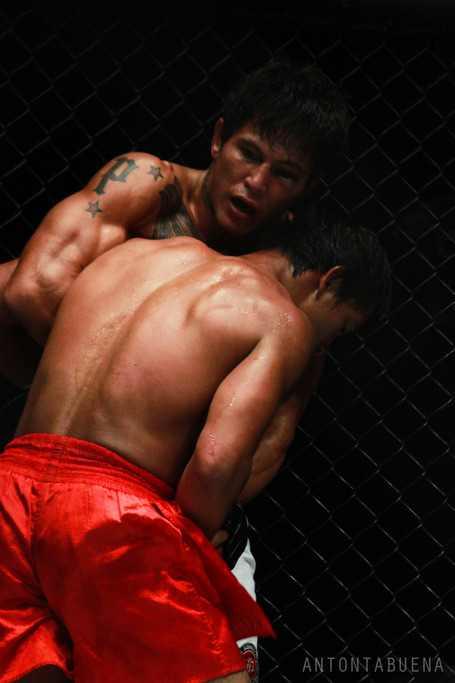 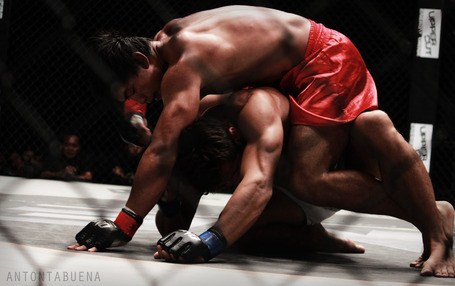 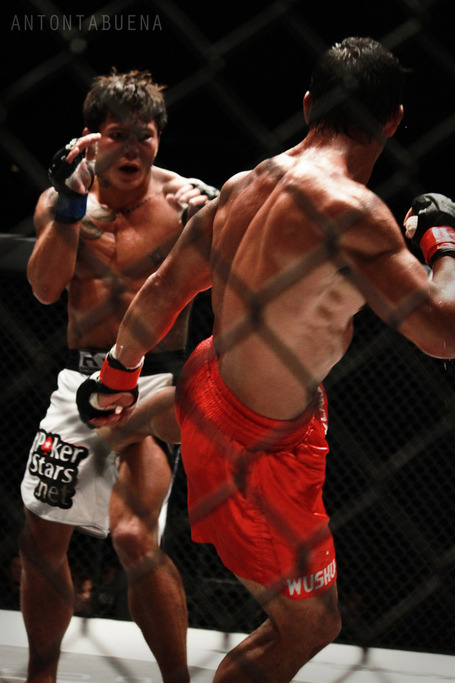 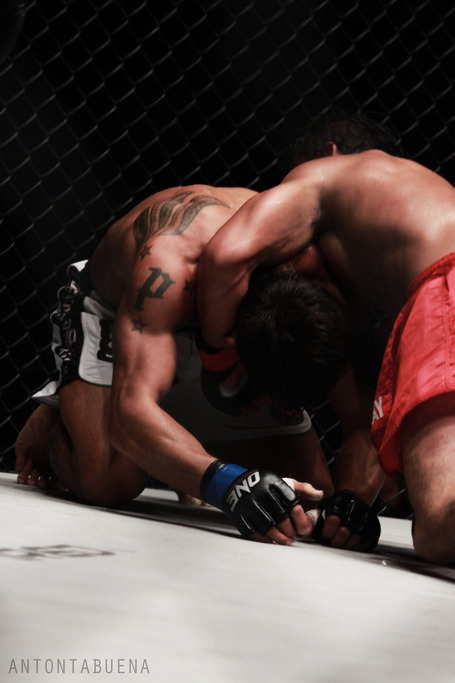 Folayang, about to throw a knee to Laursen's head. One of the things I love about this ruleset in Asia 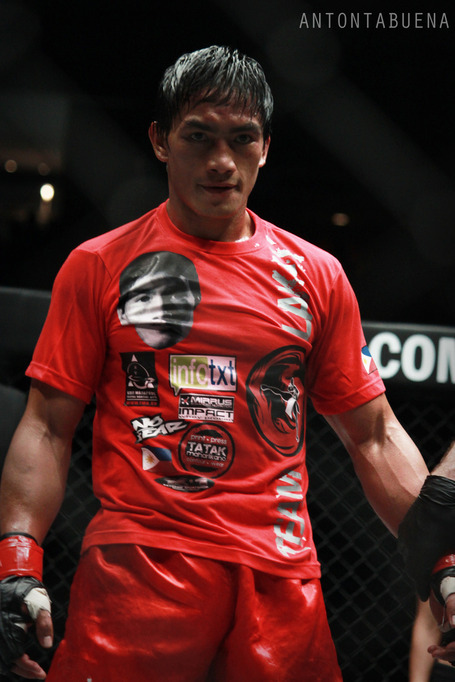 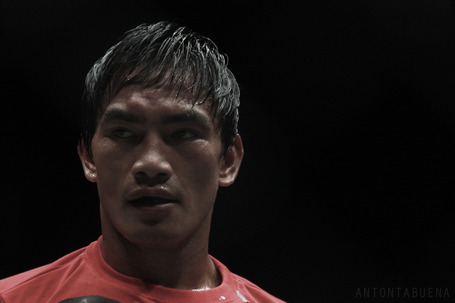 A disappointed Eduard Folayang, after it was announced that he had lost a very close split decision. 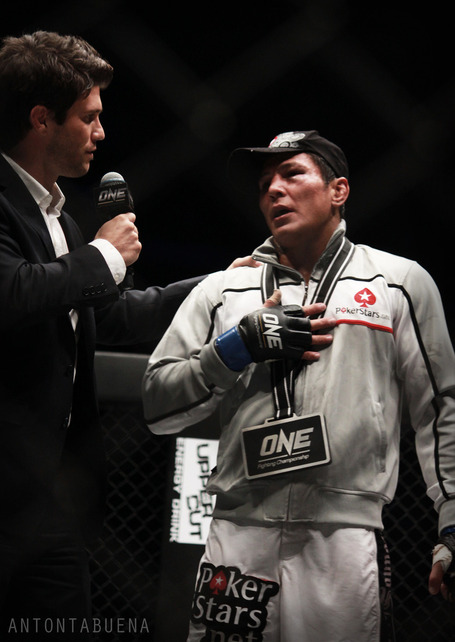 Ole Laursen speaking with Jason Chambers after his exciting victory

Click the images to view the full size... All photos taken by Anton Tabuena