ONE FC 3: War Of The Lions Behind The Scenes And Event Photo Gallery - Part 1

Share All sharing options for: ONE FC 3: War Of The Lions Behind The Scenes And Event Photo Gallery - Part 1 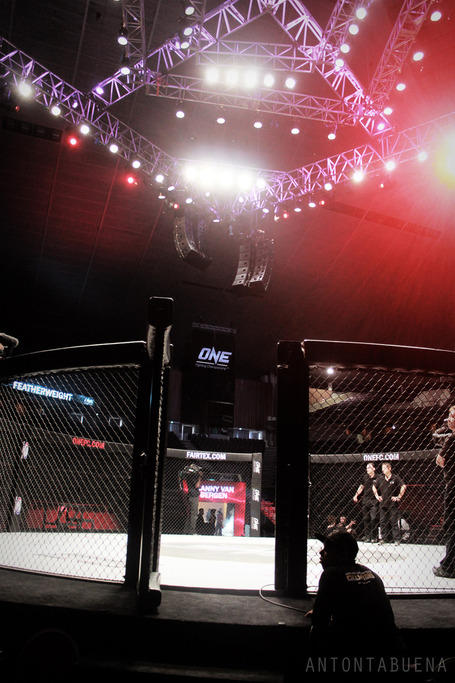 As you might already know, BloodyElbow.com was in Singapore this past weekend for ONE FC 3: War of the Lions. Here's the first part of our exclusive gallery filled with behind the scenes and event photos.

Pictured above, is the ONE FC Cage, hours before the event when the production team were doing their rehearsals.

All photos were taken by Anton Tabuena. Check out much more pictures after the jump, and follow me on twitter. 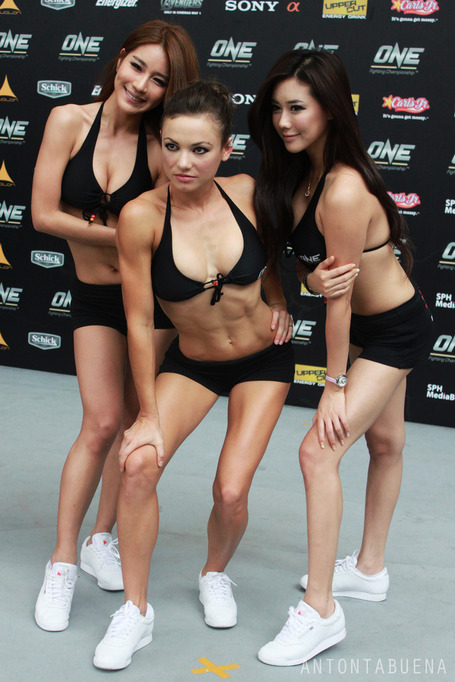 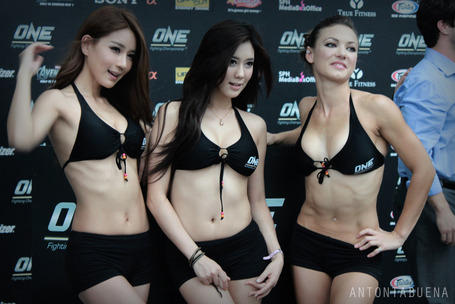 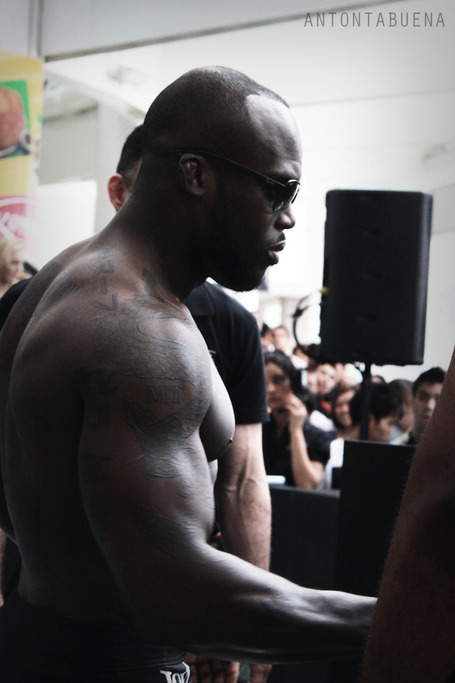 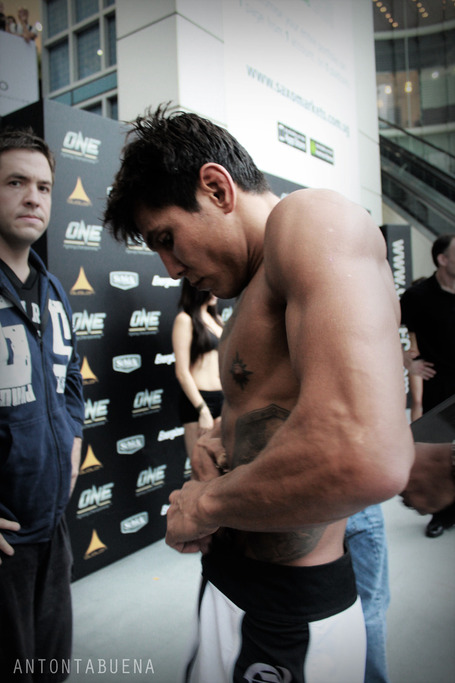 Ole Laursen had trouble making 155, but he eventually made weight after stripping down. 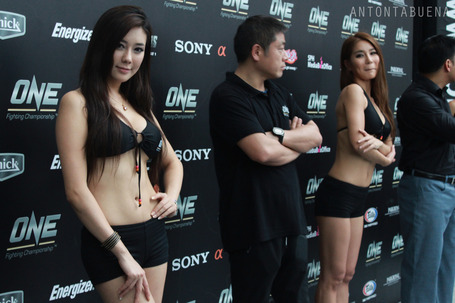 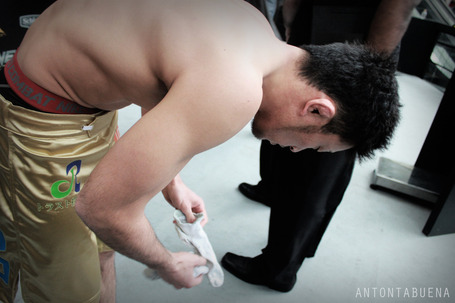 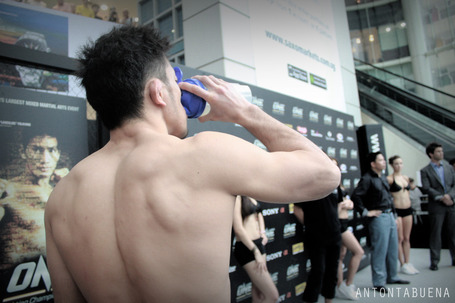 Tatsuya Kawajiri, putting on his socks, and re-hydrating after making weight. 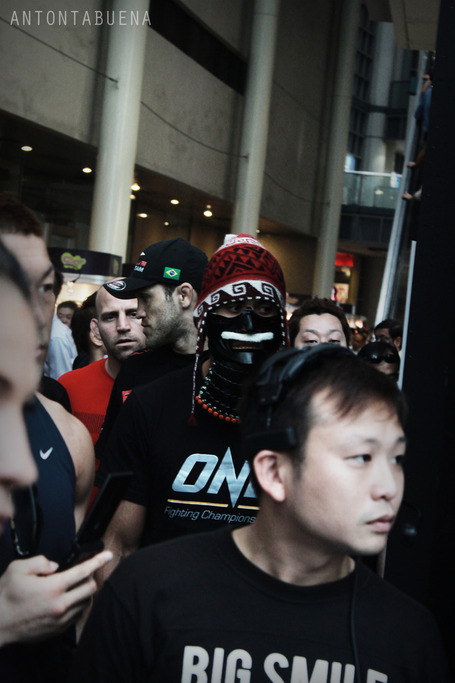 Felipe Enomoto wearing his mask, walking down to the scale with his opponent Zorobabel Moreira and his coach Heath Sims following behind. 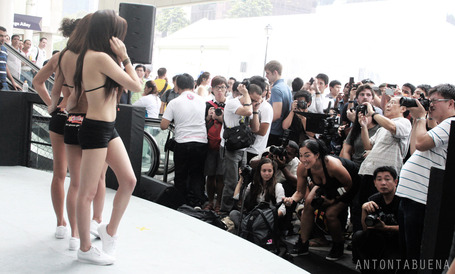 After the weigh-ins, the ring girls posed for photos again. You can spot Tracy Lee on the crowd as well.

Afternoon before the event, the ONE FC cage during the production rehearsals. 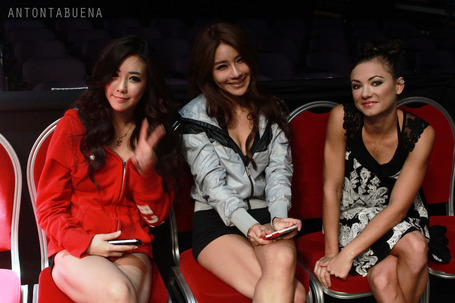 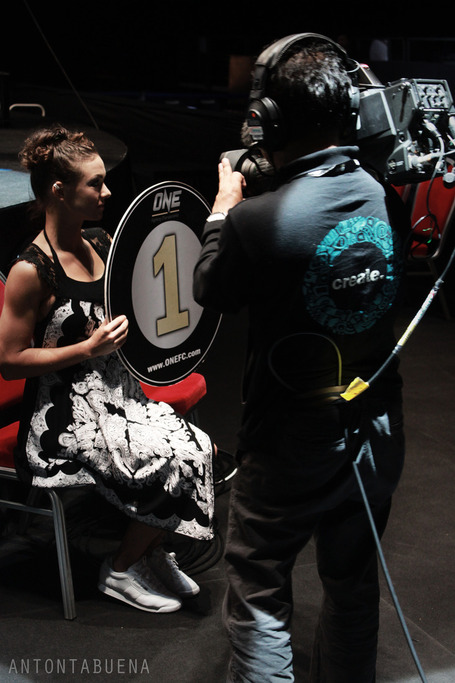 The Ring Girls during the rehearsals 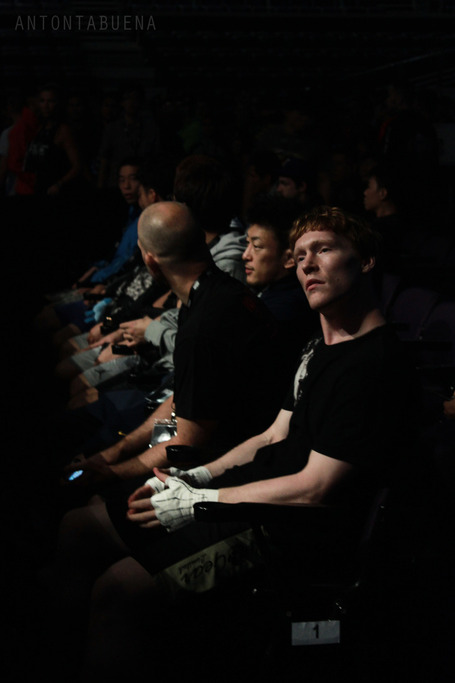 Richie Whitson, Heath Sims, Tatsuya Kawajiri, and the rest of the guys during the fighter briefing. 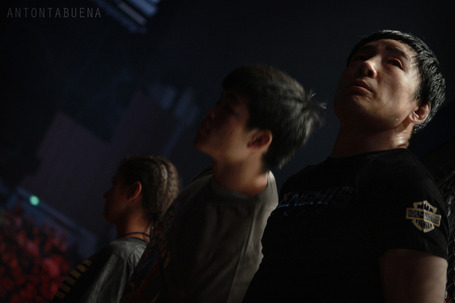 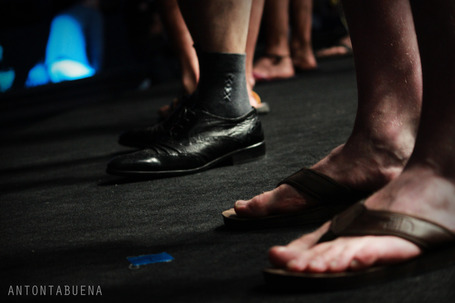 Jiang was also sporting the most interesting footwear during those intros. 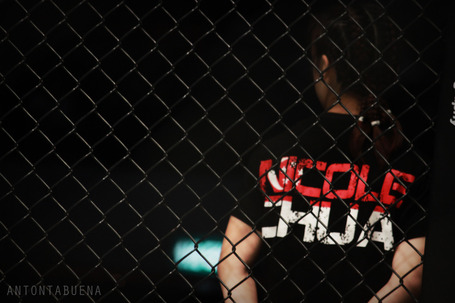 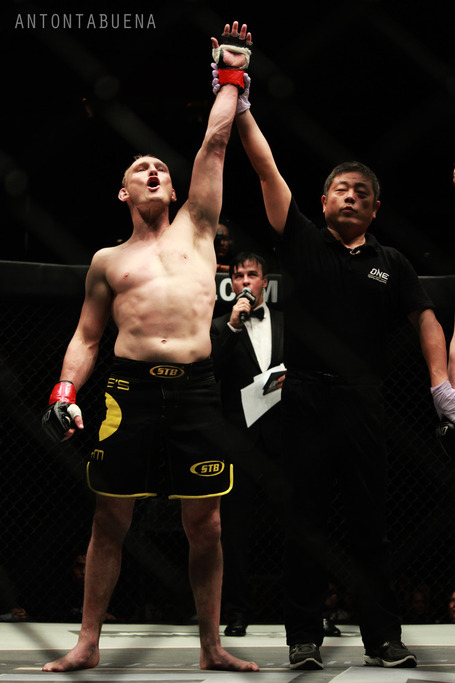 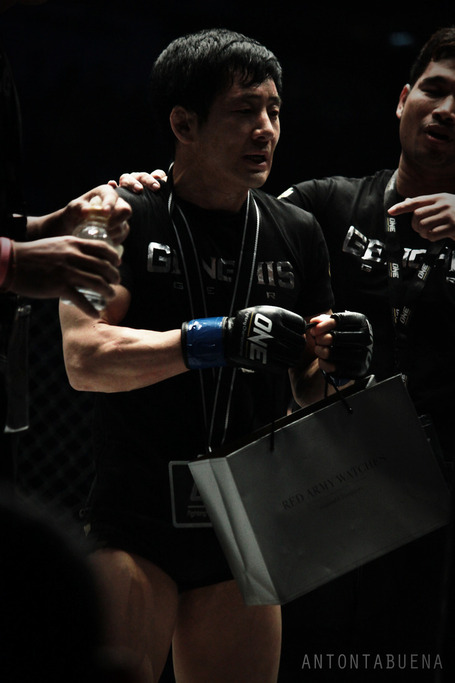 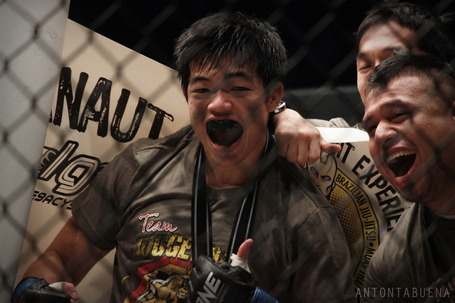 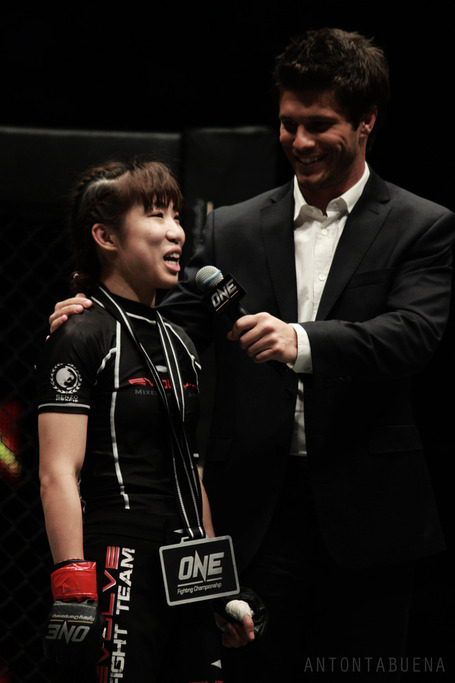 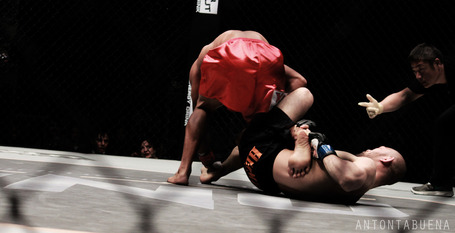 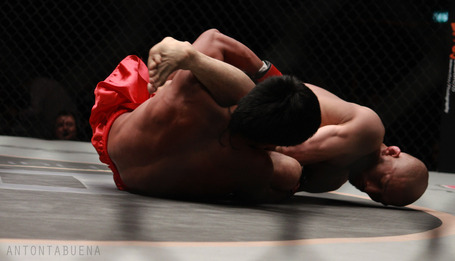 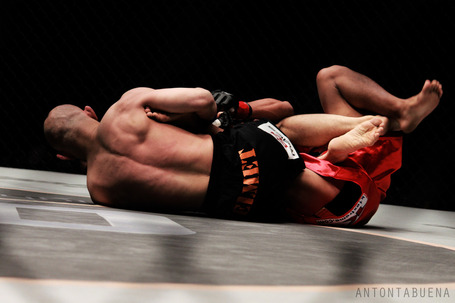 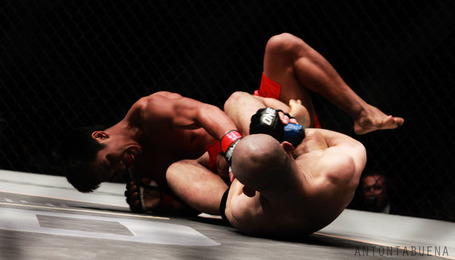 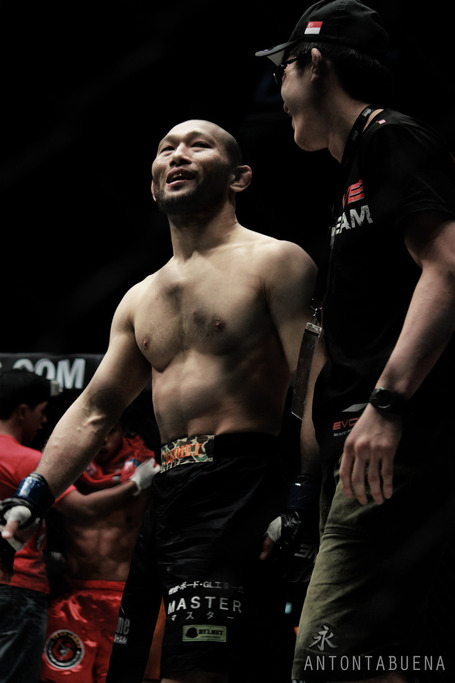 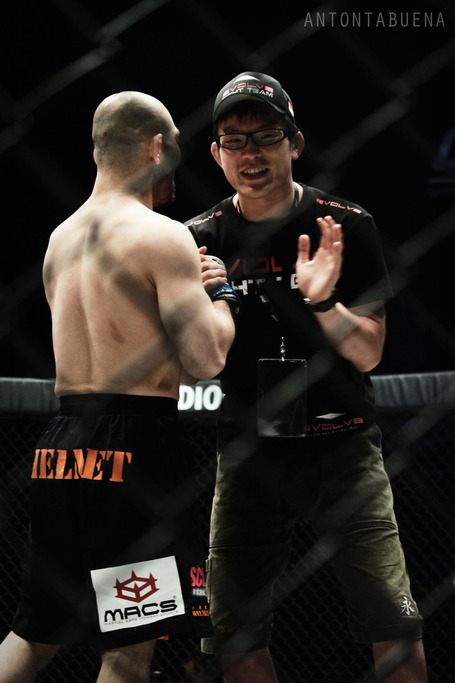 Shinya Aoki who came as part of Evolve MMA, was also supporting and cornering his friend and long-time training partner