In Japan and Brazil, the earliest forms of Mixed Martial Arts were developing. In Brazil the Japanese art of Judo was transformed in the fire of a fighting sport known as Vale Tudo or "No Holds Barred Fighting". While in Japan the influence of European catch wrestling was transforming professional wrestling into an actual fight sport.

Share All sharing options for: MMA Origins: The Gracie Challenge Comes to California

The United States on the other hand had dabbled in early forms of Mixed Martial Arts, but there was no awareness of these new fighting sports growing elsewhere in the world. That would all be changed by one man, whose arrival would herald the arrival of No Holds Barred fighting in the U.S. and lead to the creation of the Ultimate Fighting Championship.

Rorion Gracie was the eldest son of Brazilian Jiu Jitsu's patriarch Helio Gracie. Rorion grew up in the art and did take part in challenge matches, but he did not take part in high profile matches like his brothers Rickson or Royler. Rorion did have a gift for teaching and by 17-years-old his private lessons were in high demand. Rorion was young and restless, and his cousin Rolls Gracie told him stories of his visits to New York to see his mother.

In 1969, Rorion decided he wanted to visit California, if for nothing else to have the experience of a plane flight. Rorion traveled to California and stayed at a YMCA hotel during his visit. For safety purposes he stored his airline ticket and extra cash in the hotel safe while he was out, but returned one day to find that a receptionist had cleaned out the safe before disappearing after her shift was over. The hotel gave Rorion some money but they couldn't reimburse his plane ticket and the airline said to make sure his claim wasn't a scam he had to wait six months before he could get new tickets.

Rorion called his father and lied to him, telling him he loved America and wanted to stay for at least another six months. There was a s judo club at the YMCA and Rorion decided to attended a class. He entered as a white belt and he left that class with a brown belt. Rorion and the Judo instructor became fast friends and the man set Rorion up with a job at a White Castle, flipping burgers.

What resulted was a yearlong whirlwind journey which took the young Brazilian from fast food in Southern Californi, to panhandling in Hawaii and finally back home to Rio. While glad to be home, Rorion decided that he had to return to the United States. Based on his experiences, there was nothing like Brazilian Jiu Jitsu in the U.S. and his goal was bring his family art to that nation.

In Rorion's efforts to bring his families art to the United States he would create a explosion of interest in MMA.

The young Gracie spent the 1970s saving money and earning a Law Degree, and by 1978 he was ready to return to California. Rorion arrived in California and used old connections from his first stint in the States to get a job cleaning the houses of people in the movie industry. Some of these connections also lead him into the film industry as Rorion had several roles in TV shows. Rorion even was a special adviser for Lethal Weapon when he coordinated the final fight where Mel Gibson uses several moves from the basic Gracie curriculum, including a triangle choke. 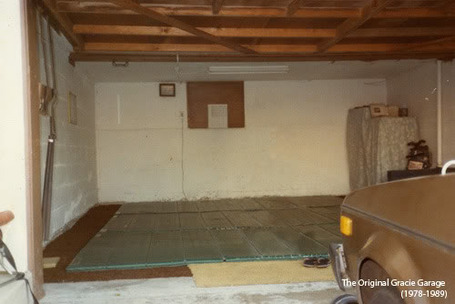 Rorion offered a free jiu jitsu lesson to everyone he met. One of his first students was a man named Richard Bresler, who Rorion met when he sold Bresler a water mattress. Rorion attempted to gain traction with the martial arts community, but was rebuffed by every school.

As a result Rorion laid down mats in a garage and gave his lessons there. This became the official Gracie Academy.

News of this new martial art spread by word of mouth and over time Rorion collected a large group of students. However, he still faced a challenge getting accepted by the martial arts community. Despite strong wrestling and judo communities, the martial arts community was dominated by eastern striking arts. The Japanese art of Karate, which had come over with American serviceman that had picked up the art while serving the Pacific, Korean martial arts like Hapikdo and Taekwondo and the Chinese martial arts that became wildly popular due to Bruce Lee movies all dominated the landscape.

Some of the arts were taught in their same traditional forms, while others like Bruce Lee's Jeet Kune Do or the Kempo inspired Kajukenbo were attempting to modify arts to make them more practical in a street fight. Most of these arts discounted grappling or practiced it minimally. The lessons of the Gene LeBell victory over boxer Milo Savage using Judo grappling had not been learned, in fact what we can take away from that match is that the promoter completely mistook Judo for Karate. It was not uncommon for the average American to think the martial arts were entirely punching and kicking and to consider grappling exclusively a sporting endeavor.

When Rorion's students came from other martial arts, their instructors would some times tell their students they were wasting their time with jiu jitsu. In response Rorion re-instated an old family tradition started by his uncle Carlos, the Gracie Challenge.

Rorion would accept a challenge from anyone willing to fight, he would match any money the challenger would be willing to lay down and the winner kept the cash. Rorion had a few basic requirements: there could be no gloves worn, no time limits and no referees. As time wore on Rorion also had the matches taped, with the winner keeping the rights to the video.

Rorion represented his own school in these matches.

These matches gained Rorion many students and soon he had a student body large enough to move the academy out of the garage. It also became obvious that the school was too big for Rorion alone, so he sent world to Brazil that he needed help with his growing new Academy. The Gracie family responded by sending Rorion's brothers Rickson, Royler, and the youngest Royce, and a few students including the Machado bfothers.

The challenge matches grew in number as the local legend of the Gracies grew and local masters wanted to be the man that defeated the Gracies. The Brazilian Jiu Jitsu the Gracies practiced at this time was geared towards Vale Tudo or self-defense fights, so rolling was always done with strikes in mind. Takedowns were taught using distracting strikes to help open opportunities for takedowns, much like modern MMA fighters today.

The Gracies won match after match. It was known to the Gracies that these No Holds Barred fights were extremely popular and these underground fights drew crowds of students from both sides. These local martial artists, while maybe experienced in sport fighting or real street fights, were not prepared to face hardened Vale Tudo veterans like the Gracie brothers.

The Gracies continued to answer challenges from all comers and their student numbers continued to grow. By the early 1990s Brazilian Jiu Jitsu was firmly established in Southern California but it had taken over a decade to get to this point. Rorion was looking for a way to help increase the speed of growth. He had tried releasing instructional tapes to modest success but he wanted something bigger. Rorion say how effective the challenge matches were in creating new students and he looked for a way to do this on a grand scale.

It set Rorion down a path that would lead to the creation of the Ultimate Fighting Championships.

The Gracie Challenge was the coming of Vale Tudo to America and is directly connect to the foundation of the UFC. To this day the Gracie Challenge remains open and it is still taken up at times. Rorion, now sixty, still teaches at the Gracie Academy but his son Rener is now the head instructor and represents the Gracie family in these matches.

Here is Rener in a match against a taekwondo black belt in 2006:

Jason "Mayhem" Miller also took the Gracie Challenge, though in his case he wanted a grappling only match:

So if you think you have what it takes head to California and invoke the Gracie Challenge, just don't be surprised when a video of Rener sinking a choke on you turns up on YouTube.

History of Jiu Jitsu: Coming to America and the Birth of the UFC