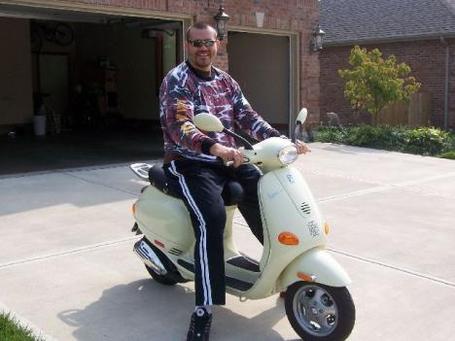 You know, I don't hate Tim Sylvia. I really don't. He's one of many fighters that I'm simply indifferent to. He had his time in the sun, and I think that time is done. I know he's begging for a second shot at the UFC, but I don't think he should be granted any sort of chance. Now, the reason isn't because of some hate for his boring fights or anything along those lines. Rather, I think that the UFC should focus on the future of the division, as opposed to looking back at MMA's past with fighters from Tim's era.

So, here's five guys that I think should be brought in and given a chance instead, because they're young, and have quite a bit of potential to succeed.

(Note: I'm not including anyone from Bellator or M-1 Global, simply because I think that anyone who is currently fighting for them has a terrible chance of getting out). 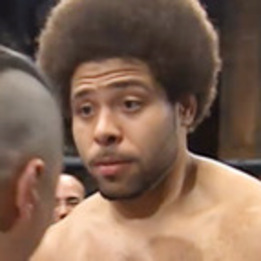 Kind of hard not to like somebody whose nickname is "Afrozilla." Though Gaston has been inactive as of late since suffering a TKO loss to Tyler East in 2011 (which was a damn good fight), he's a young guy with quite a bit of potential. For those who haven't seen Gaston in action, the best way to sum him up is a powerful jack-of-all-trades. Well, at this point of his career. Gaston's got a solid ground game, and is a good striker, but he's still got some growing to do. Then again, that's what makes him a prospect. Another reason he may be worth the cash: he's a real fun character. The guy has quite a bit of charisma, and he's just fun to watch. He could end up being a big fan favorite that would click well with UFC fans. To see him in action, check out his fight with Darrell "Titties" Schoonover. 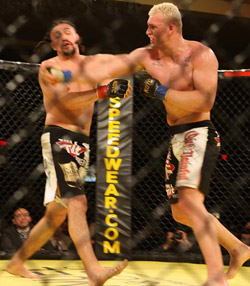 Since his two consecutive losses to Tony Lopez, East has been on a tear. He possesses very good quickness and cardio, and is a very tall and lean heavyweight at 6 foot 6 and 235. He was also a high school wrestler, but from what I've seen of him he may want to work a bit more on his Jiu-Jitsu. Still, his height, speed, cardio, and heart all add up to make a fighter that has quite a bit of promise. The most impressive performance I've seen him in was against the aforementioned Nick Gaston, where Nick rocked East badly in the first round, only for East to come back in the second and return the favor to Gaston. Though I'm not sure why he was stripped of the KOTC title, this is another young guy who has many years left in the sport that the UFC should look in to.

Here's East's destruction of Esteves Jones at KOTC, and you can check an interview with him on his win over Gaston here.

I'll admit, Rosholt is by no means the most exciting heavyweight prospect out there. He's a wrestler, and he wrestles. That's pretty much the long and short of it. Granted, the guy has ability to improve his game, but ultimately we all know his strengths, and so does he. At the same time, he comes from the same camp as his brother and Johnny Hendricks, which is a solid camp despite his brother's submission defense. He does look for a finish at least, but I think he's a fighter that personifies "long term investment." Still, that's the point. This is a young stud who the UFC should invest in simply because he's someone who is young and has a long career ahead of him, and can help fill out a heavyweight division that is improved, but still growing. Check out his debut below.

Side note: Love that he goes by "The Big Show." That had better be a Paul Wight reference, because Paul Wight is awesome. 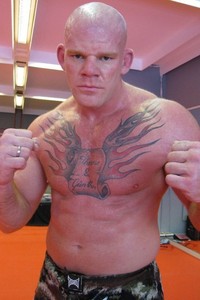 Were I in Joe Silva and Dana White's shoes, the first thing I would look for in a heavyweight is someone who smashes his opponents violently, and just looks like a mean individual. Cain, Alistair, Brock, Junior, and Carwin all fit that profile well, and it's something that people love in heavyweights. We want to see gigantic, mean looking guys wreck everything in their path. That's Gerald Turek in a nutshell. Though he's 32, he's still someone who doesn't look to be slow due to his age. Not to mention, he possesses sick power and a solid ground game. Though he's been submitted before (April of 2011), he's still fits the profile of a fan-friendly UFC heavyweight, provided the investment is made. Below, you can see his obliteration of Andreas Kraniotakes.

Now, to be quite honest, these are four guys that I've been following since Smoogy and Leland's 2011 scouting report (with the exception of East), simply because I love great heavyweight fights and just overall love the division. Ever since I was a kid, I've always loved gigantic athletes simply because they seem so much larger than life. When you see matches like Carwin vs Lesnar, or the upcoming JDS vs Overeem, it feels like a real-life clash of titans. As it stands, the UFC knows that this division is marketable, and they're going to need to keep injecting new blood into it, whether it be through smashers like Turek or younger guys like Gaston.

That's why the UFC shouldn't waste their time with Tim Sylvia. To be quite frank, Tim just isn't really up to snuff. The last time he really looked like he deserved to be in there with elite competition was a loss to Big Nog. I'd rather see prospects brought into the UFC to continue their growth under the Zuffa umbrella, and keep building the division that they've spent so much time and energy on. It's going to need to be a constant process, because Overeem, Mir, and others may not be around in five or so years.

In short, don't was time on Timmah. Bring in some new guys instead.

Would love to see Stipe Miocic vs Gerald Turek