UFC on FX 2 goes live this Friday night with Thiago Alves vs. Martin Kampmann as the centerpiece and three other fights holding down the FX channel's main card. Before that, Fuel TV is set to broadcast seven preliminary card match ups starting at 6 p.m. ET.

Four fights were analyzed yesterday in Part One, leaving these three remaining bouts to be addressed herein: 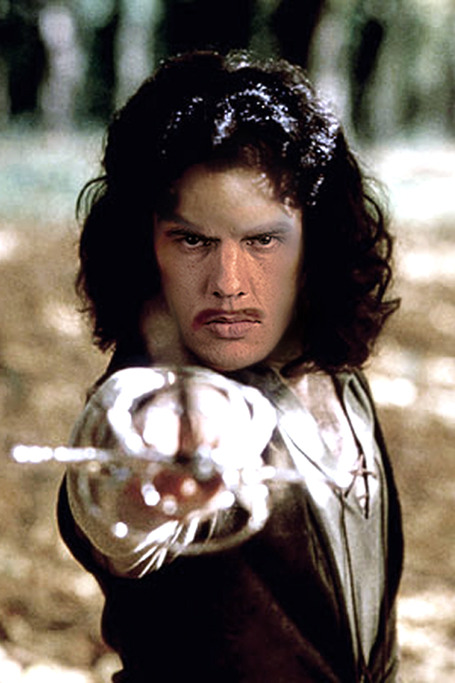 "You choke my brother. Prepare to die."

The palpable tension of a bitter revenge match to restore family honor underscores this pairing, which will mark longtime lightweight Cole Miller's featherweight debut against Steven Siler. Yes, I'm blatantly embellishing the storyline -- as Cole, Micah and their father are all respectful sportsmen -- but just go with it.

In the premiere episode of season fourteen of The Ultimate Fighter, Micah Miller, Cole's younger brother, met Siler in the elimination match. Micah, who's faced a litany of reputable opposition and was an early favorite to win the show, was uncharacteristically overconfident in his pre-fight interview and didn't seem to be taking Siler too seriously.

In an admittedly surprising upset, Siler took it to Miller from the onset, pouring on heavy strikes and fearlessly attacking, eventually sealing his fate with a third-round guillotine choke.

It's no coincidence that Joe Silva selected Siler to welcome Cole to the featherweight class. Stoking the flames in his UFC.com interview, Siler made the following proclamation:

"I see this being a big opportunity for me to prove myself and my skills, and after beating both Miller brothers, I don't think many people will be able to doubt how good I really am."

Gifs and analysis in the full entry.

SBN coverage of UFC on FX 2

Key Aspects of the Match Up

Pre-UFC, Cole Miller first attracted attention when he took Shooto champion "Lion" Takeshi Inoue to a competitive decision in a non-title bout he accepted on short notice. A longtime ATT product, Miller specializes in pure submission grappling but is not known for his wrestling prowess, which has, at times, made it a challenge to implement his core competency.

His striking, which was rather loose and awkward, was considered a weak point until his unexpected drubbing of Ross Pearson (right). The performance marked a very distinct evolution in his stand up and added another dimension to his submission-centric style.

Again unveiling some nice advancements with his boxing, particularly with balance, head movement and defense, Miller notched a win over T.J. O'Brien in his last. He took the more straightforward approach of grounding his opponent by tagging O'Brien with a stiff left-hook counter and wrapped things up with a guillotine choke. In his UFC tour, Miller has fallen just short of compiling three straight wins. Before the O'Brien fight, Miller had accrued two straight but dropped the third in three consecutive segments.

Siler was knocked out of the running on TUF by eventual winner Diego Brandao, who clubbed him with a flurry thirty-seconds in.

He rebounded nicely by putting a Thai clinic on Skrap Pack member Josh Clopton at the live finale. Capitalizing on his height advantage, Siler consistently snatched the Thai plum grip and bombarded Clopton with knees to take a unanimous decision.

Siler is viewed as a bit of a journeyman but had only lost to hefty opposition in Chad Mendes and Cole Escovedo in his fifteen-fight, pre-TUF stretch.

Despite his success, Siler was a little sloppy in closing range on the feet. He started to anticipate the clinch and extend his arms outward -- with his chin exposed -- instead of setting up his advances with strikes or angles. Miller will present an entirely different dynamic than Clopton and is not a good candidate to use the Thai plum against: his towering height will make it much tougher to control the head, Siler will be more susceptible to takedowns and I don't expect Cole to stand still and eat knees like Clopton did.

For Siler to take this, he has to draw upon his well rounded skill and experience to plug punches into the openings Miller leaves in his standing defense and force him to work hard for the takedown. Since Cole isn't a wrestling standout, he typically looks to clinch up and work trips and throws rather than shoot takedowns from a distance. This means that Siler should stay on his bike, out of the cage corners and make Cole chase him down while needling straight counter-punches.

Miller has a glaring advantage on the floor but I'd assess their striking as about even. Miller's height and length give him a slight edge, especially out on the fringe, but Siler has better balance, movement and agility and is tough on the inside. I do sense that Siler is really motivated for this fight and has the determination to pull off the upset, but, on paper, Miller deserves the nod. He hasn't hinted at any vendettas, but Cole has known to be an emotional fighter (see the Junie Browning match) which can unfold as both an advantage or a detriment.

My Prediction: Cole Miller by submission.

Waldburger is a seriously talented grappler with some of the most creative transitions in the sport. He just has the rare ability to pursue one attack and then seamlessly flow into the next.

To the right is Exhibit A: Waldburger attempts the rolling kimura on David Mitchell but can't get the leverage to turn him over. Instead of ending up in the unfavorable position of being on his back and against the fence, Waldburger, forcing the loose figure-four grip from the kimura down to the floor, immediately squirts between Mitchell's legs and heaves him over his shoulder.

Waldburger has won eleven of fourteen by catch with two TKOs and one decision. He armbarred Shannon Ritch to become the Shark Fights welterweight champion and defended successfully against Pat Healy, which is an impressive win. He and Mitchell jointly broke the record for submission attempts in a UFC fight with thirteen overall, seven of which are attributed to Waldburger, with the key difference in those stats being the twelve guard passes from Waldburger. Beyond his submission savvy, Waldburger is a decent wrestler with mediocre stand up.

Jake "The Hitman" Hecht notched a memorable UFC debut by plastering a series of wicked elbows on Rich Attonito's temple while defending a double leg, and kept the barrage going with a volley of jackhammers to finish him off.

Hecht is a BJJ black belt and a former Golden Gloves champion with solid wrestling. He started wrestling at age fourteen and boxing at sixteen. His fight career started off with a loss but Hecht went on to win ten of his next eleven leading up to his Octagon premiere.

In that stretch, Hecht defeated former TUFer Charlie Rader and his only loss was to UK juggernaut and new UFC entry Che Mills. Hecht trains under Marc Fiore and has five wins by submission with three TKOs and decisions apiece; both of his losses are by decision.

As much as I love Waldburger's innovative grappling, this should be a pretty rough match up for him. While I'd give him the grappling edge over many UFC welterweights, Hecht holds a black belt under Ricardo Liborio.

Being fully competent on the ground and likely able to endure short exchanges there, his strong wrestling and mean striking game should be a nightmare for Waldburger, who's gotten this far through his elite submission acumen. Hecht quite convincingly established in his last fight that he will punish you severely when attempting takedowns, and Waldburger is not an exceedingly powerful wrestler; he relies more on intelligence and unexpected creativity to work his ground game.

I figured Hecht would be the clear underdog here and I'm mildly surprised that the betting lines reflect how close this bout is: he's floating between a slight underdog, a slight favorite or even. This will come down to how Waldburger closes distance and tries to force a grappling match, which Hecht will be all too prepared for. He has the perfect blend of attributes to pull off the upset, he'll be tough to take down and savvy enough to survive short spurts on the mat.

My Prediction: Jake Hecht by TKO.

Rosa lost his Octagon debut to Joey Beltran by decision and wasted no time in returning to his former weight class. His 205-pound premiere against Matt Lucas, a wrestler out of the Arizona Combat Sports team, was successful, yet facilitated by Lucas' drained gas tank and point-penalty for being unable to keep his mouthpiece in.

Rosa was unshakably calm and composed against Lucas. He was distinctly thorny in the clinch by cramming a forearm into the chin, spiking a lot of short and quick elbows and landing stiff knees.

Born in New Zealand and fighting out of Australia, Te Huna is a mean light-heavyweight with devastating punching power. He debuted in the Octagon with a controversial TKO over Igor Pokrajac. In the third round, Te Huna was hammering ground-and-pound and the fight was stopped even though Pokrajac was giving the thumbs-up signal from the bottom. Te Huna split his next two with a rear-naked choke loss to Alexander Gustafsson and his destruction of Ricardo Romero, which all began with the immediate uppercut to the left.

Te Huna's five career losses warrant an explanation: in addition to Gustafsson, he has two other submission losses, but the fourth was a disqualification for fence-grabbing and the remainder was a TKO via injury when his shoulder popped out against Hector Lombard.

I have to admit that I'm unsold on Rosa thus far: though he's a huge light-heavy and will have a big advantage on the ground, I think the drop in weight will bring his hand-speed and agility into question. He's a tad slow with his striking, has a semi-porous defense and doesn't use a lot of head movement.

If there's any truth to that, Te Huna is the ideal opponent to bring it to light. As a 205er with exceptional hand-speed and boxing, he'll storm out throwing ruthless punches and I see him finding the mark too often for Rosa to deal with despite his durability. On the flip-side, overly aggressive head-hunting is the best way to get taken down, where Rosa's stifling submission game will come into play. Te Huna is in trouble on the mat but, as long as he doesn't get too trigger happy on the feet, should be able to feed Rosa a steady diet of leather.

Miller vs. Pearson gif via MMA-Core.com

All others via Zombie Prophet of IronForgesIron.com