Share All sharing options for: Chris Camozzi wants to be the one to 'welcome' Luke Rockhold to the UFC

With Strikeforce coming to a much needed close in a few months, and several of it's big name stars coming over to the UFC, it's been interesting to see the chatter whirling around possible match-ups. The man creating the buzz of late, is Strikeforce middleweight champion, Luke Rockhold. Last week, it was Michel Bisping giving him lip service, and just last night, a welcoming committee of sorts, in the form of Chris Camozzi, set about issuing a challenge to him. Some smack talk was levied between the two, with lots of interaction from fans. I spoke with Camozzi, to get his take on a fight with Luke. Here's what he had to say:

The reason I told the UFC they should match me up with Luke, is because I was looking at some rankings the other day, and I saw his name in the Top 10, and I just thought that was kind of ridiculous. He hasn't fought in a while, and I can't even say that I've seen any of his fights. Regardless, when I looked him up, people do have him in the Top 10, so that's a fight I think I need. I think I belong up there more than he does.

Camozzi feels that the Strikeforce fighters still have something to prove, and that the rankings might not be deserved until they fight UFC fighters, whom he feels are the cream of the crop.

No, definitely not. The UFC is where the best fighters in the world are, and he needs to come over and prove himself. He can say what he wants, I'm ready to fight any time. I'm not the one pulling out of fights. Who knows when he'll be ready to fight, but hopefully it's around the same time I am, around February or March. You know, I do a lot of charities, so I guess we can call this another charity, me trying to help him get in the UFC.

Like I said, I've never really watched any of his fights, I think I may have seen a highlight, but I'm a game opponent, and I come to fight hard. I feel like I've really hit my stride and I'm training with good guys. I'm ready for those top guys, and if his name is on that list, I'm gonna knock him off. This isn't just at Luke. I don't know him personally or dislike the guy, but I'm going after those guys that are ranked, because I need to work my way up. I figure rather than sitting back and waiting to see who the UFC will give me, I'll just let them know who I want to fight. Joe Silva always says, 'If you want to fight somebody, let us know, and we'll try to make it happen.'

I want to fight any of those guys in the Top 10 and if Luke's not available, then give me the next guy. I guess I can jump in line and say I want to fight Michael Bisping. Who in the middleweight division doesn't want to fight him. You know you don't have to worry about getting knocked out or anything [laughs]. Regardless, he's still a good fighter and he wins fights. Hopefully people don't take this as me being a shit talker, because I'm not. When I see an opening or a fight I want, I'll ask for it.

Here's the Twitter conversation for those that may have missed it: 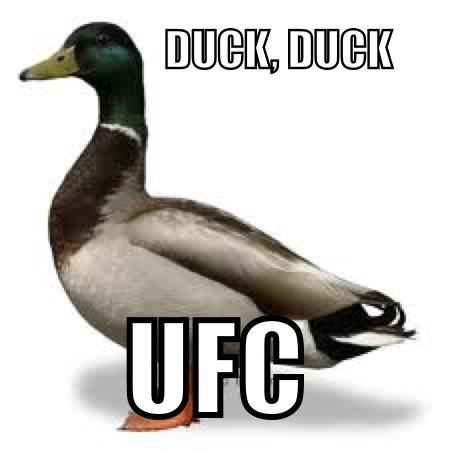 @lukerockhold @ufc @danawhite @damonmartin @crooklynmma@seanshelby your right I should stop. I'm tired of explaining to people who u r

So, there you have it. Call out engaged. From here, we'll just have to see where the UFC takes this. I know one thing, I wouldn't mind seeing this fight go down. Joe Silva really needs a Twitter account so we can make appeals directly to him. I'm sure a snowball will survive in the fires of Hell before that happens, but one can hope.