Dominick Cruz, despite being ranked #1 by all but one source, has fallen to #3 overall after MMA Weekly dropped him due to inactivity. 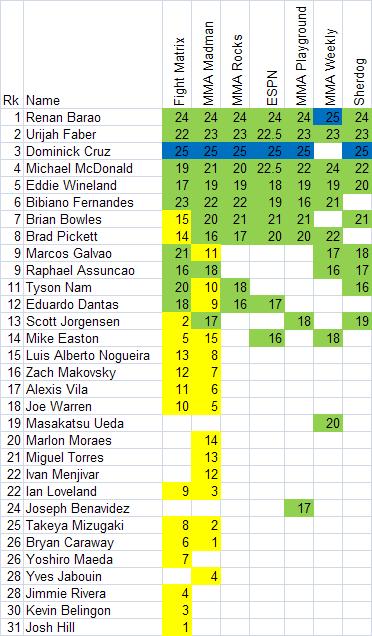