ONE FC 6 results, post-fight analysis, and immediate thoughts from attending the event live from Singapore. Everything you need to get caught up on the event, plus several tidbits and insider info on the promotion.

Share All sharing options for: ONE FC 6 results and analysis: Shinya Aoki gets early sub, Boku and Kim claim titles with upset wins

ONE FC 6 just ended with an exciting night of fights that produced a ton of action and some very memorable upsets. BloodyElbow.com was at the Singapore Indoor Arena to witness all the action live, so here are several immediate thoughts from the event which was probably one of the most entertaining cards the Asian promotion has ever put on. 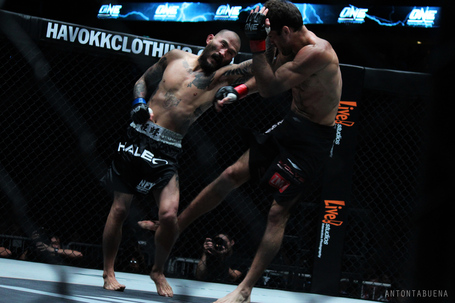 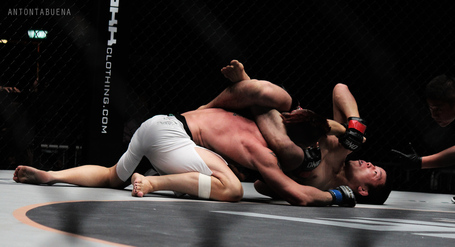 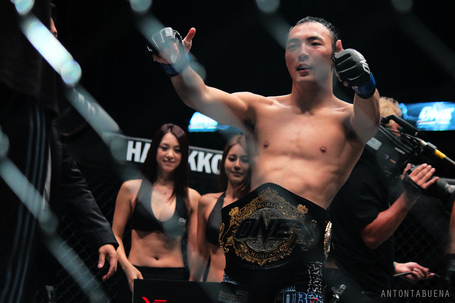 MELVIN MANHOEF DID WHAT HE DOES BEST 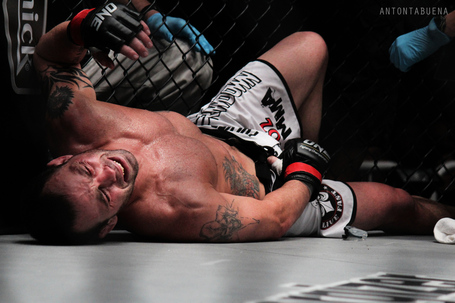 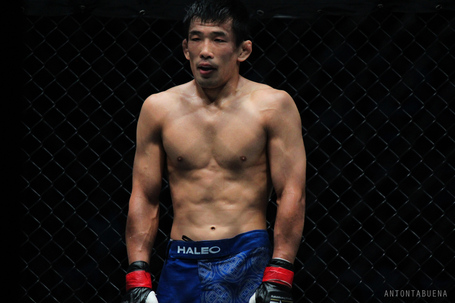 OTHER TIDBITS AND ANALYSIS: 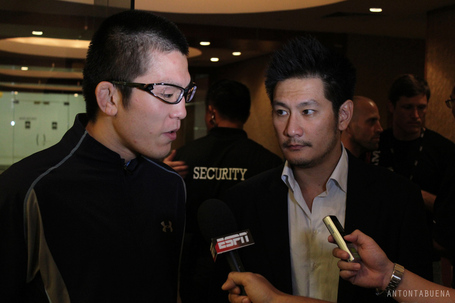 Main Card
Shinya Aoki def. Arnaud Lepont via submission (triangle) at 1:25 in round 1
Kotetsu Boku vs. Zorobabel Moreira via TKO (strikes) at 1:02 of round 3
Soo Chul Kim def. Leandro Issa via KO (strikes) at :15 of round 2
Melvin Manhoef def. Ryo Kawamura via KO at 4:40 of round 1

Prelims
Gianni Subba def. Bruce Loh by KO (soccer kick and punches) at :33 of round 1
Mitch Chilson def. Ngabdi Mulyadi by TKO (strikes) at 1:03 of round 2

ONE FC 6: Rise Of Kings results, photos and post-fight coverage