Check out the mugshot of imprisoned UFC lightweight Jeremy Stephens, who is in jail in Minnesota awaiting extradition on felony charges.

UFC lightweight Jeremy Stephens has been in Hennepin County jail since a few hours before UFC on FX 5. He was arrested on felony assault charges in his home state of Iowa, but wasn't picked up until just before the event despite the fact that he had been in Minneapolis for a few days and had attended the weigh-ins the day before. Dana White tried valiantly to get him out on bail so he could fight against Yves Edwards, but he was unable to do so. Here's a look at his mugshot: 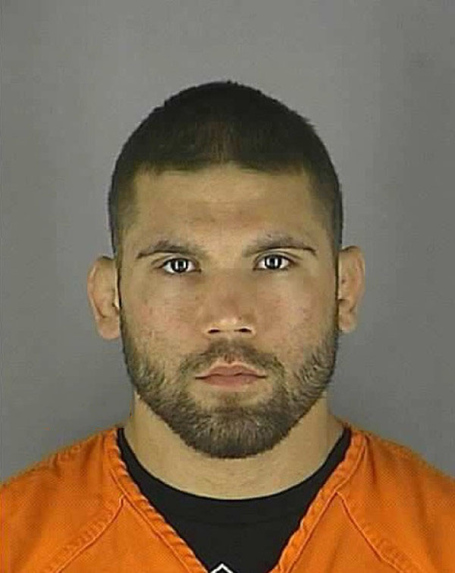 Stephens' bail was set at $100,000, and right now he's still sitting in a cell waiting for an October 23rd extradition hearing. White has stood by his fighter, as he has with many others that have faced legal issues in the past. It seems unlikely that Stephens will be released for this right now, unless he ends up doing jail time or something.