Here are a couple of screen grabs from the show: 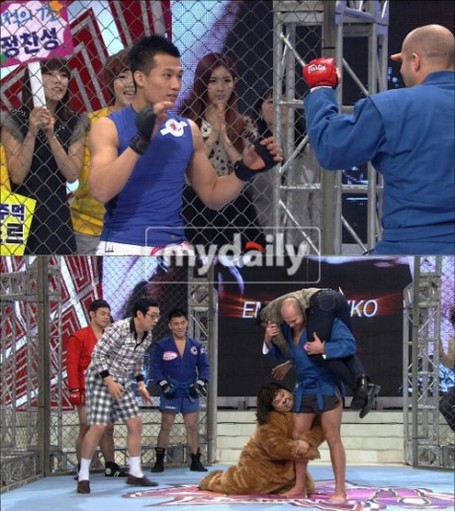 No word on Fedor's next MMA opponent. He beat Japanese Judoka Satoshi Ishii by first round TKO at the Dream New Year's Eve special.

"There are currently no concrete conversations about Bobby being the next opponent for Fedor," according to Fedor's management team at M-1 Global. Possible locations for the summer fight include Monaco and Russia.

Jung KO'd Mark Hominick in the first round of their bout at UFC 140 and is high on the list of possible title challengers for UFC featherweight champ Jose Aldo. I'd expect Jung to have to win one more fight before getting his shot at Aldo.