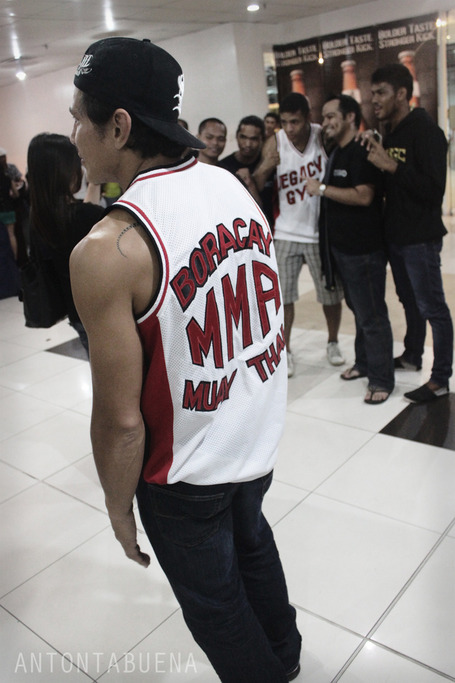 This is long overdue. URCC Cebu 7 happened almost two weeks ago, and I finally had the time to post the photos I took from the event. The show was headlined by a super-fight between the hometown hero and the #6 lightweight in the World MMA Scouting Report in Eduard Folayang, and the Brazilian Muay Thai Champ, and Nova Uniao BJJ Brownbelt in Wadson Teixeira.

It was a fight that lasted only 56 seconds, which saw Folayang survive an early knockdown to eventually finish the fight with vicious ground and pound. You can read the recap of the event here.

Pictured above is ONE FC 2 headliner Ole Laursen, who was visually disappointed that his teammate was so close to pulling off that upset. On the background is Teixeira, posing for photos after winning over and gaining the respect of the Filipino crowd for his performance.

Check out the rest of the behind the scenes and event photos from URCC Cebu 7: Dominate after the jump.

You wouldn't know from just looking at the photo, but these are the head honchos of the URCC having a casual moment, relaxing after the weigh-ins: 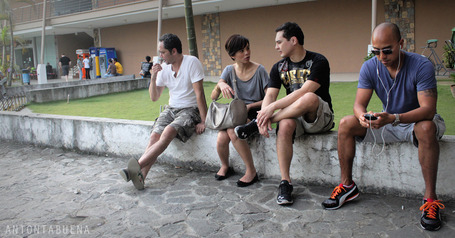 Ole Laursen and his teammate, Wadson Teixeira after the weigh-ins. 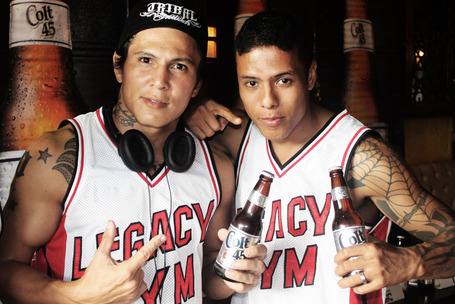 One of three bouts that night that ended in less than a minute: 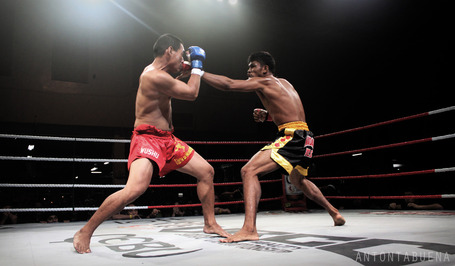 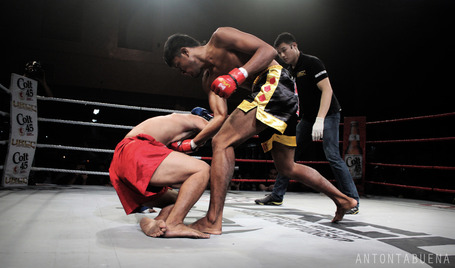 Roel Rusauro landed a brutal spinning back fist that left his opponent out cold, and motionless for minutes: 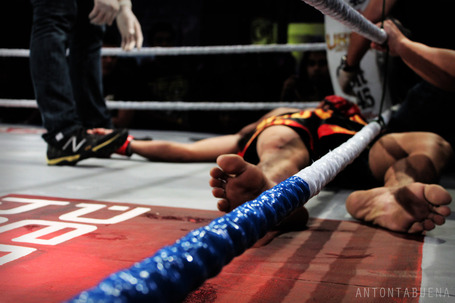 This was for the Visayan Pinweight Title. After a back and forth brawl on the opening minutes, Victor Torre chained a deep triangle and switched to an armbar to finish the fight: 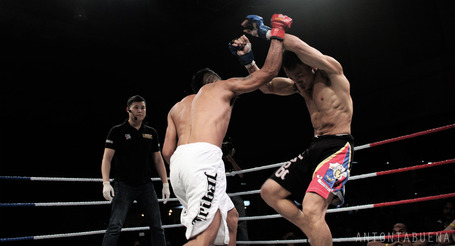 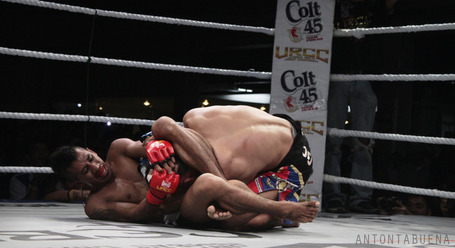 Another gritty fight that went back and forth until Carry Bullos was able to sink in a Guillotine choke to win the Visayan Bantamweight Title: 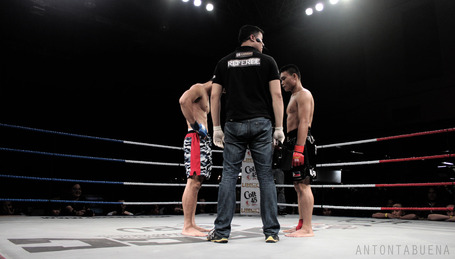 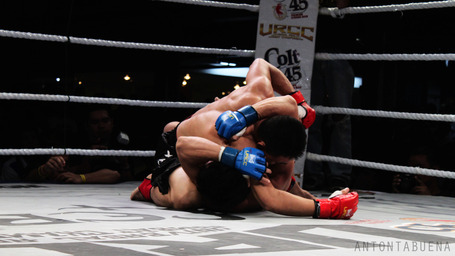 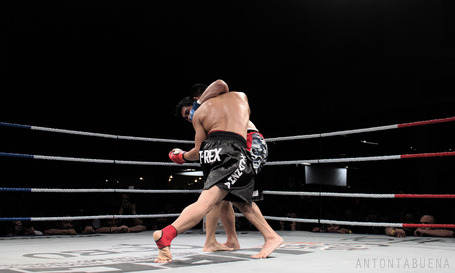 Main Event, the superfight between Eduard Folayang and Wadson Teixeira. It only lasted for 56 seconds but it was a very entertaining bout. They stood for a bit, Folayang landed a couple of shots until the Muay Thai champ in Teixeira landed a hook that drops Folayang. 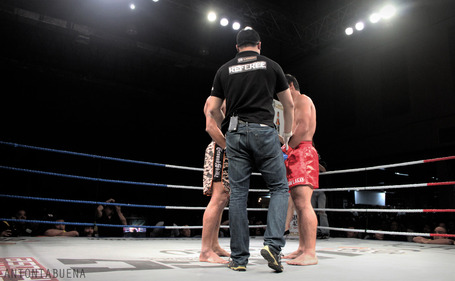 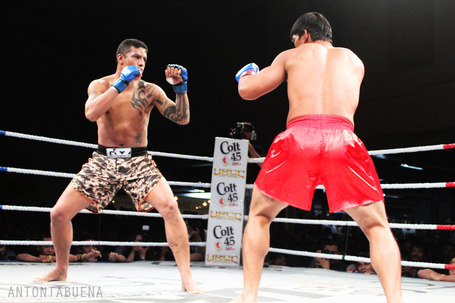 Folayang recovers quickly on his guard, reverses position and takes Teixeira down. 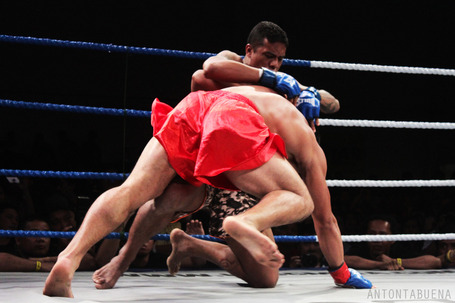 Teixeira, who is also a BJJ Brown belt, tried a guillotine choke as Folayang took him down. 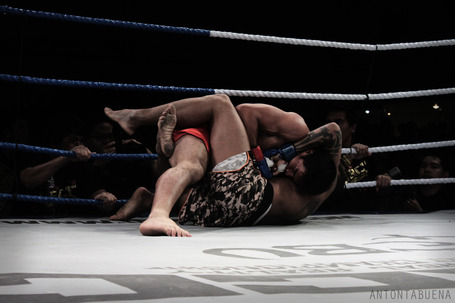 Folayang excapes, and lands very heavy ground and pound. Teixeira motions to tap, but he still goes out and was down for several moments: 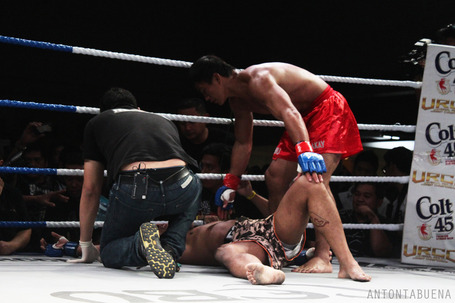 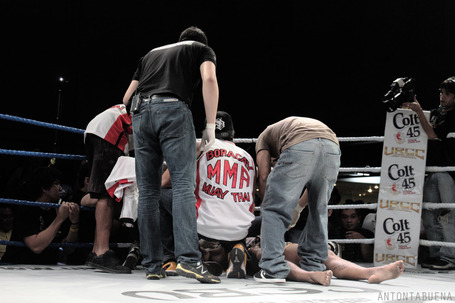 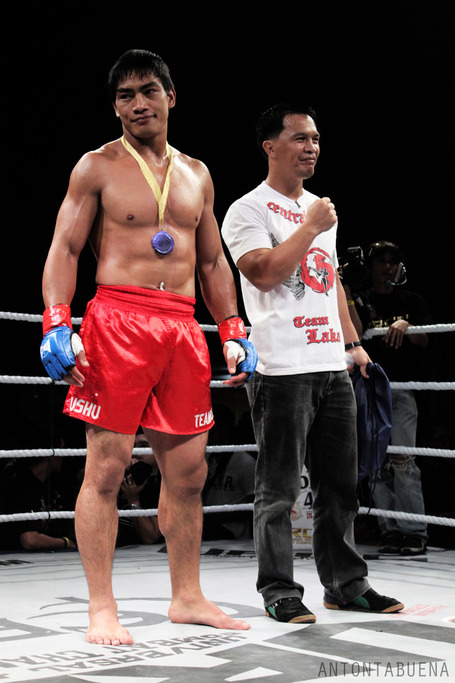 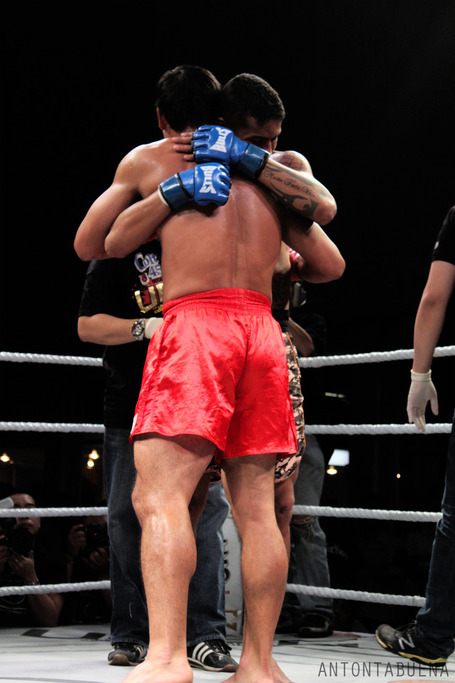 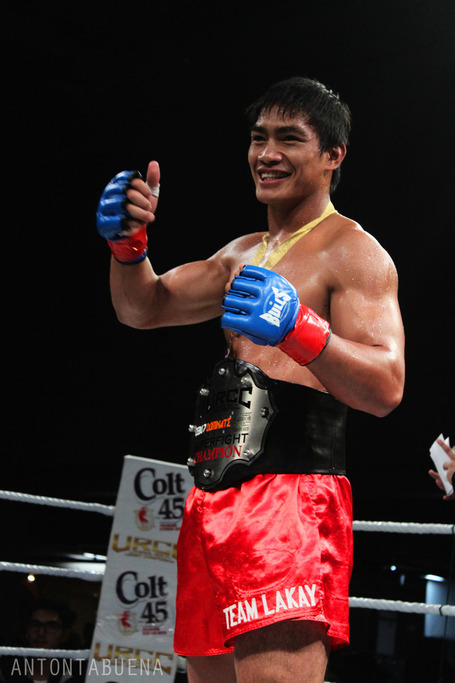 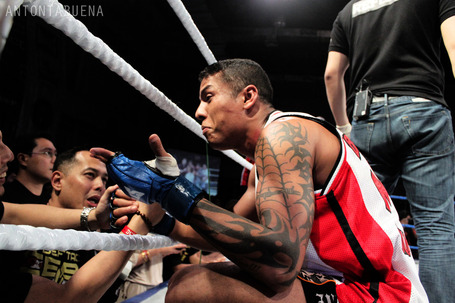 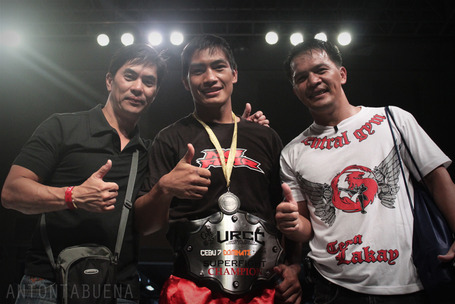 After the fight. A disappointed Ole Laursen sporting a jersey of his new Boracay gym, with his teammate in the background taking photos with Filipino fans who gained respect for the Brazilian fighter who almost stopped the local hero: