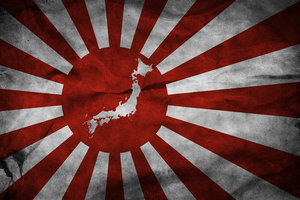 There's an ongoing pattern with how MMA writers respond to Japanese MMA. When Takanori Gomi lost to Nate Diaz, pieces went up exclaiming the "end of Japanese MMA's relevance". The same thing happened to Maximo Blanco, and it's been the story everytime a fighter cutting his teeth in Japan comes to the US, and loses. So what's the real narrative here? Are their North American counterparts just better? Or are other factors at play?

Obviously, you can't talk about the decline in Japanese MMA without first looking at how the major shows burst into political flames. For Pride, it all started with rumors filed against Pride's then parent company, Dream Stage Entertainment, of being connected with the Yakuza. The pressure that came from these allegations in print forced FujiTV to drop DSE-related programming, and the rest was history.

Japanese MMA isn't what it once was, but what has happened to all the ranked fighters? To Kid Yamamoto? Michihiro Omigawa? Takanori Gomi? Etc. In two of these cases, it should be pointed out that they were given title contenders right out the gate. Which is a bit much. On top of that neither Gomi nor Kid entered the UFC in their primes. Omigawa's stuck plummeted after losing to Darren Elkins (despite receiving a win bonus for a bogus decision).

Already there's clearly more beneath the surface. And If Hatsu Hioki loses to George Roop, you can guarantee writers will be at it again proclaiming the death of Japanese MMA. "JMMA" may not be worthwhile to many writers, but their tone suggests it is worthless. However, there clearly is a gap between the type of MMA offered in Japan, and the type of MMA offered in North America.

When it comes to knowledge of the Japanese MMA scene, it doesn't get much better than MMAFighting's Daniel Herbertson, and Sherdog's Tony Loiseleur. With the former doing brilliant work covering the unique journey of Enson Inoue, and the latter doing work on Shooto's tax scandal like an actual journalist, it doesn't get much better than these two. So why is Japanese MMA lacking? It turns out there's more to the equation than arbitrarily pointing fingers.

When you think about what makes American MMA different, you have to also think about its wide, intimately linked network. The Greg Jackson's of the world aren't a dime a dozen, but there are enough facsimiles to emphasize how well MMA is understood, and how seriously it's taken in North America when it comes to understanding what makes for effective fighting. Many trainers understand concepts like "phase-shifting", and the ability to transition between disciplines.

"A typical Japanese MMA training session would be an exhausting "warmup" that can sometimes take up to an hour, followed by one or two techniques repeated only a few times, then hours of sparring", Daniel Herbertson notes. "There are specialty coaches (striking, wrestling, and sub wrestling coaches at most good places) at gyms but they really aren't utilized to their full potential as the focus is so much on sparring and less on acquiring new skills"

Tony Loiseleur expands on this, citing the anomaly that is Yushin Okami. "I've lost track of how many times I've interviewed a fighter off the record about  their gameplan for an upcoming opponent, only to receive the answer 'I'm just training really hard and am prepared to react to what my opponent does....only within the last year or so have fighters realized that YouTube exists for more than just killing time...In the last interview I did with Okami, he brought up another important point in how training in the US differs from Japan:

In Japan, we tend to be more more regimented between disciplines when we train; we do have MMA training, but boxing is boxing, wrestling is wrestling, and grappling is grappling. It's all separated and doesn't always flow into each other", explains Okami. Okami continues, "When you learn from an American MMA sensei, you learn MMA...Disciplines aren't so separated, everything flows into each other and you're able to understand what exactly MMA is.

The role of geography is also something else Loiseleur highlights. This may seem like an irrelevant point on the surface, but geography ultimately speaks to the phenomenon that there are simply less resources available in Japan. "As Japan is a country that piles its best, brightest, and most commerically viable into its capital city of Tokyo, Japan's MMA industry is wholly located in this one city where space is naturally at a premium. It may sound strange, but having the space in which to train freely without bumping into the next guy, as well as the space to place the proper equipment is impossible to find here. Missing are the enormous warehouse-style all-in-one training centers that populate North America, where you can find a cage and a ring, workout equipment, mat space, and a large staff of specialized instructors working together to perfect their unique style of MMA"

In addition, "Tokyo is one of the most expensive cities in the world, (making it) harder for fighters to maintain the kind of lifestyles that North American's top fighters might take for granted...Further, the monthly cost of training, a diet appropriate for sports, supplements, equipment, even clothing is fairly expensive here. One pound of whey protein, for example, goes for about $60 to $70 depending on the current rate of exchange, and it's not rare to see fighters being awarded a bag for winning a bout on the grassroots level...naturally, some things get left out and stay left out in a fighter's career"

As observers of sports, we've never more critical of athletes then when they fail mentally. I would never argue that some sort of emerging pattern exists in the way Japanese fighters falter mentally. Quite the opposite: when you consider that their debut fights were against the reigning champion across the Pacific, Yoshihiro Maeda and Takeya Mizugaki put in gutsy, respectable performances against Miguel Torres (Torres may be forgotten, but it's not hard to imagine Torres fighting Cruz this weekend if the decision goes his way against Johnson).

But an element of "culture shock" is worth reflecting on. Loiseleur continues, "In traveling to a country where everyone looks physically different from yourself, speaks a different language, and acts and reacts in different ways (it) can provide for a very jarring experience. The culture shock alone is enough to put one's mind off of training, let alone performing one's best in a fight. Case in point: when I had my first sit-down interview with Tatsuya Kawajiri, one thing he made abundantly clear was that while he liked the idea of fighting in a cage and using elbows, he absolutely dreaded fighting in the US and disliked Western fight culture. He was unsettled by the rudeness of the fans, particularly their readiness to boo"

When you look at the UK, you might say they've picked on quick given the lack of MMA history. And yet Japan, with its very rich history, continues to lag. What explains that? Might the role of language be a factor? "Go "Shiroobi" Yamamoto wrote a short blog piece that touches upon this idea of exchange at his Skill MMA Blog. He notes in one segment how UK-based mixed martial artists have improved a lot in the past few years owning to the simple fact that they speak English, and thus have access to vast resources of MMA information, most of which is arguably in English. It took grappling nerds like Shinya Aoki to introduce the rubber guard to Japan a few years after Eddie Bravo was marketing it and witing books about it, mostly because Japanese fighters besides Aoki (at the time) had zero interest in what was going on across the Pacific", notes Loiseleur.

Loiseleur and and Herbertson help illuminate what makes Japanese MMA so different, and more importantly, help explain how those differences affect performance. These are not meant to be excuses. Instead they're explanations for why where once Japan was a veritable Mecca for mixed martial arts, it has now become a punchline among MMA writers and observers. However, Japan has a nice amateur infrastructure: an infrastructure far removed from the types that have plagued North America. This was a big, but largely ignored story highlighted by Jake Rossen in the West Virginia scene a couple of years ago (Virginia being the place involving what is MMA's most heinous decision ever in awarding Mike Easton a split decision win over Chase Beebe).

According to Herbertson, "The amatuer and rookie pro systems are easily the best in the world. The amateur Shooto, Pancrase, and ZST tournaments consistently turn out the best fighters in Japan....Nothing in Western countries can compare to the structure and support system in amateur Shooto. Once a fighter goes through the amateur system, the rookie pro tournaments in these promotions are also outstanding."

Despite the state of Japanese MMA, it can't get any worse. And in some ways, it feels like it's beginning to grow again. Perhaps there's no hope for JMMA on a scale comparable to Pride in its heyday, but with real interest from fighters to travel abroad, and the UFC providing a nice payoff, it'll be interesting to see how this affects fighters coming from Japan long term. I can't imagine why MMA fans wouldn't be excited. If you don't like the prospect of fighters like Kyoji Horiguchi getting proper support with real training from real trainers, then you're watching the wrong sport.