For the MMA fans whose scope of interest extends beyond North America's prominent shows, the Amazon Forest Combat promotion has assembled a firecracker for their debut event. A tape delayed broadcast of the event should be available sometime tomorrow.

The headliner is a uniquely attractive pairing. In what will be the swan song of his sporadic MMA career, the legendary Royler Gracie will face former Shooto Featherweight (132-pounds) Champion Masakatsu Ueda. Gracie, at age forty-five, has spaced out ten fights in MMA since 1996, the last being a 2006 loss by decision to Hideo Tokoro at K-1 Dynamite.

Ueda has locked down the tenth spot in the USA Today bantamweight rankings for nearly a year, defeated only once in sixteen fights by Shuichiro Katsumura, who overtook the Shooto throne with the win. Along with draws against WEC bantamweight Takeya Mizugaki and Bellator bantamweight Marcos Galvao, Ueda, who trains at Paraestra Tokyo alongside Shinya Aoki, has defeated his remaining thirteen foes. In college, Ueda was a standout wrestler in Japan where he holds a win over UFC bantamweight Norifumi "Kid" Yamamoto.

Adding a Pride-like, freak show flavor to the card, weight class restrictions will be cast aside for the Satoshi Ishii vs. Paulo Filho bout. Ishii, an Olympic gold medalist in Judo who fights as a heavyweight, was once a highly touted prospect rumored to be in talks with the UFC. He fizzled in his MMA debut in a decision loss to Hidehiko Yoshida but has since notched four straight while spending time training in California with Kings MMA under Rafael Cordeiro.

The personal struggles of Paulo Filho, the former WEC middleweight champion and BTT submissionist, have been well documented. Since losing his stateside title to Chael Sonnen and venturing back to compete overseas, Filho has notched six wins, three losses and a draw to Denis Kang. He enters this bout losing three of his last five, though two of those defeats were delivered by recently recognized fighters in the UFC's Ronny Markes and Strikeforce's Marcos Rogerio de Lima.

Read on for a run-through of the remaining talent punctuating tonight's Amazon Forest Combat card. 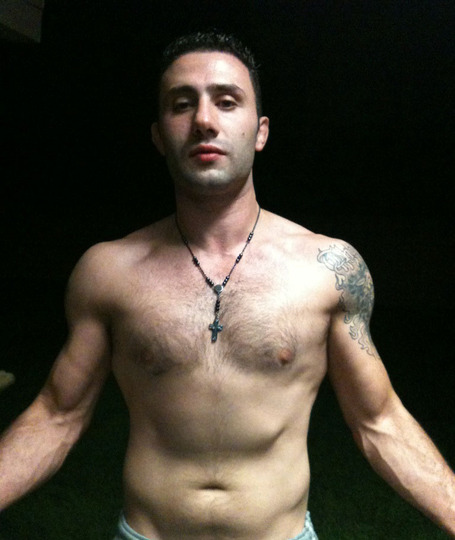 Another notable fighter with a troubled past will participate, as Karo Parisyan, the former UFC welterweight known for unleashing jaw-dropping Judo techniques, takes on Jordan Smith.

"The Heat" burned through the welterweight ranks with a litany of highlight worthy Judo magic in the clinch; a streak that included thrilling victories over Nick Diaz, Chris Lytle, and Matt Serra. In his initial twelve fight UFC stint only Georges St. Pierre, Diego Sanchez (in 2006's Fight of the Year), and Thiago Alves beat him.

His win over Dong Hyun Kim was changed to a No Contest when Parisyan tested hot for unauthorized painkillers, and, after submitting Ben Mortimer at Impact FC in Australia, Parisyan was knocked out by Dennis Hallman in his return.

Speaking with MMANation, Karo openly acknowledges his faults and promises a turnaround. Despite a third round cut stoppage to Ryan Ford at Canada's MMA Live event in his last outing, Parisyan likely won the first two rounds and looked very sharp.

Hailing from Victory MMA where he trains with the likes of Jeremy Stephens and Court McGee, Jordan Smith is a hard-nosed middleweight who went undefeated in his first fifteen fights. Despite dropping two of his last three to Josh Burkman and Tim McKenzie, Smith finished fourteen of his fifteen wins and still stands as a formidable test for Parisyan.

Maiquel Jose Falcao Concalves -- better known as Maiquel Falcao -- was well on his way to being a fan favorite after his Vitor-esque power and hand speed against Gerald Harris in his UFC debut. Many were befuddled by his mercurial strategy, which alternated from extreme cases of complete inactivity to frenzied and mesmerizing aggression.

Legal woes forced Falcao out of his scheduled UFC 134 bout with Tom Lawlor. "Big Rig" has won all but three of his thirty professional bouts with a rousing twenty-two by TKO and three by submission. Two of his three career losses were delivered by UFC light-heavyweight Fabio Maldonado. Falcao occasionally clocks time at the Luta Livre based Renovacao Fight Team under master Marcio "Cromado" Barbosa.

Falcao meets Gracie Fusion fighter Antonio Braga Neto, who boasts six wins (four subs, one TKO) along with one loss and one No Contest. Normally a light-heavyweight, Neto will be a handful at 185-pounds but seriously outmatched in the stand up department.

Nova Uniao lightweight Ronys Torres and Shine Fights tournament champion Drew Fickett, both of whom have competed in the UFC, will collide in a match up destined to hit the mat. Their similar styles are comprised of strong wrestling and an excellent grasp of submission grappling.

Josh Burkman, the fifth former UFC fighter on the card, squares off with another Nova Uniao rep in Leandro Silva. After dropping three straight in the Octagon, Burkman won three straight before encountering rising superstar Jordan Mein, who defeated him via decision in April. Silva has spent the bulk of his career on the Brazilian circuit. His last loss was four fights back to Siyar Bahadurzada in Shooto.