FEDOR EMELIANENKO'S REAL RECORD, AND A BUNCH OF RANDOM TWIDBITS

"Have you ever had doritos with honey on them? That way when you finish your doritos you don't have to have any honey."  -Dave Herman, what?

"I think I motor boated an old lady in a wheel chair last night. I'm not sure who liked it more."  -Dave Herman, again, what??

"Recovery is going great. @aaronsimpson comes to Miami next week for some serious conditioning. JUMPERS on Monday."  -Mike Miller, of the Miami Heat, working out with MMA guys during the NBA lockout.

"thanks @titoortiz just realized I took you shift back in March now you took mine in august. One of us should be employee of the month @ufc"  -Phil Davis

"On @ufc conference call. I guess this is a proper time to tweet."  -Jim Miller

"I need a few more followers & I will post the rest of this pic of @TiffTimeBomb naked! RT!!"  -Liz Carmouche, is offering nudity for followers. Maybe I should try that as well.

"I have 2000 followers! Please enjoy this picture of the nude @TiffTimeBomb"  -Liz Carmouche, YFrog deleted that picture I think, but hey, looks like her bribe worked.

"Just noticed I hit 5,000 followers today. That's a nice, round number so please no one else follow unless someone leaves. Thanks!"  -Ryan Couture

"Fanny packs are only cool when you can choke out the guys making fun of you. I am Miguel Torres and I train @UFC"  -Miguel Torres

Before we get to the bunch of random and useless tweets after the jump, have you seen the new twitter widget on the left side of the BE front page? Might as well follow the guys listed there, right? (Fine I'll list them here as well)

There's a ton of tweets after the jump, but first, don't forget to follow:

THE STAR STUDDED UFC 133 MOVIE EVERYONE IS DYING TO SEE

"@danawhite how did u guys know I was so clumsy? That trailer is perfect! @lorenzofertitta as the Situation!? Classic!!!"  -Arianny Celeste, I don't think they were going for "clumsy" on that one. 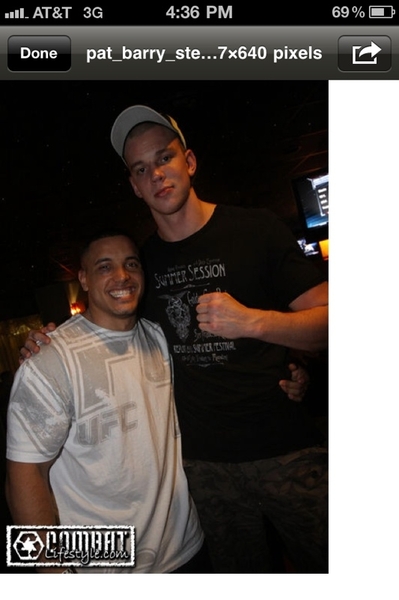 "@HypeOrDie btw I just showed some of your YouTube vids to my mom.. She didn't now what to say.. She loved the 1 with the afro lol... lol funny thing is he's only 11! We should bring both our moms to the fight so they can sit together!"  -Stefan Struve

"He thinks he's sooo cool in his custom made jersey @PhilMrWonderful"  -Rolando Perez, takes a photo of Phil Davis before he threw the ceremonial pitch for the padres. 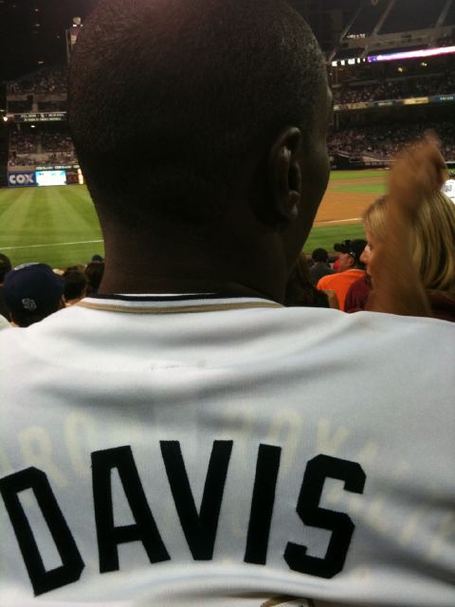 "Sup peeps. Don't you hate when somebody has on exactly what u should have worn.. I need that green suit"  -Phil Davis 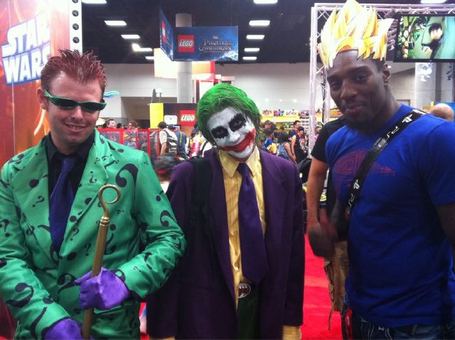 "Are you "Feeling Frisky"? Then go pick up the new @FightMagazine!"  -Kenda Perez 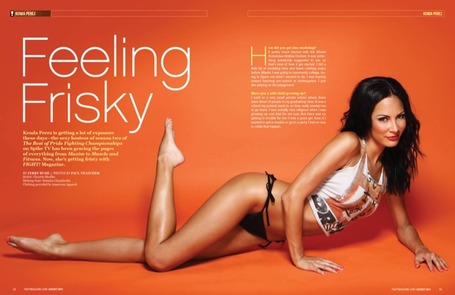 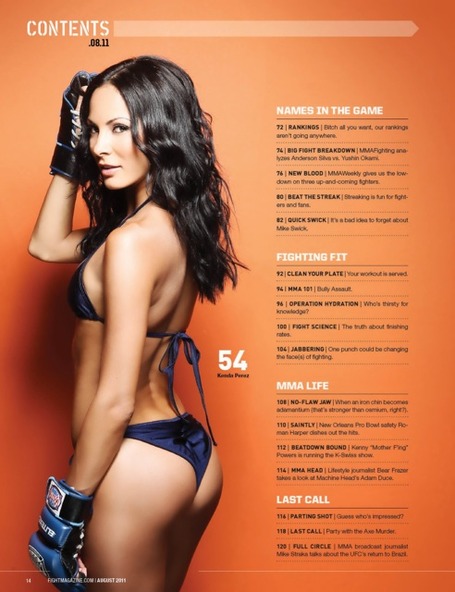 "These undies make me wanna curl up in front of the TV w/ a bowl of Captin Crunch and watch cartoons : )"  -Kenda Perez 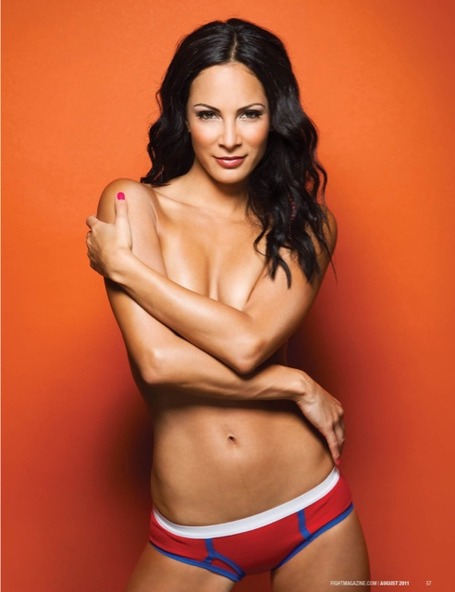 "Watch @ChadMendes as he swims, fishes and trains in Tahoe. Tough life."  -UFC

MAYHEM MILLER, ARIANNY CELESTE, AND THAT CELEBRITY WHO OCCASIONALLY PLAYS IN SOME BAND

"@mayhemmiller onward and upward is the key to life..ain't no stoppin till we reach the top..yes I just sang that."  -Arianny Celeste

"@mayhemmiller @ariannyceleste I can't help it I just love you guys. When I finish this tour let's have a BROdeo"  -Benji Madden

"@benjaminmadden only if this time you let me stay on for more than 8 seconds. #BROdeo"  -Jason Miller 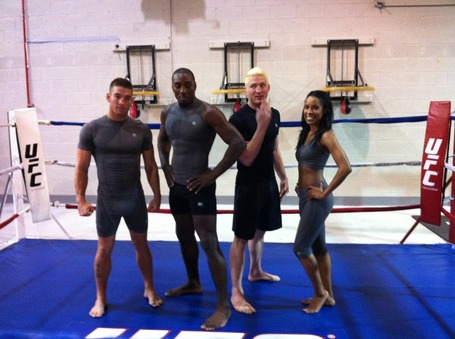 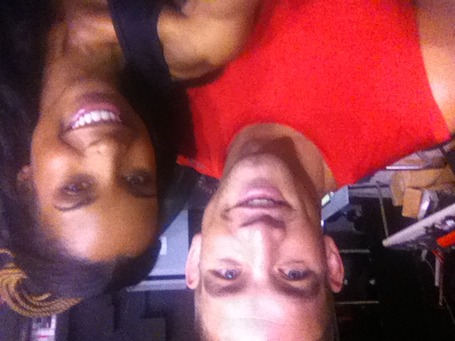 "RT @9fivers Just Outside of Vegas"  -Natasha Wicks, this is a pretty nice instagram shot. 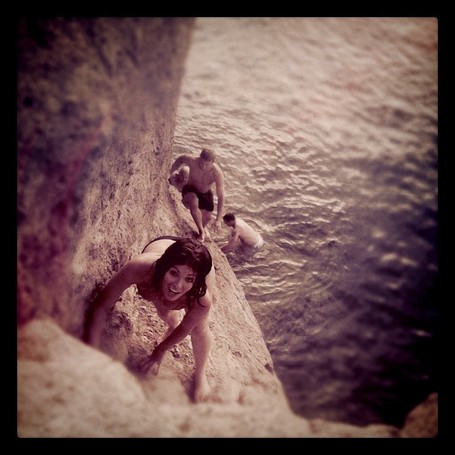 "This is the face of someone who has 3hrs and 45 min till its the 31st. #sharkweek #stoked"  -Natasha Wicks 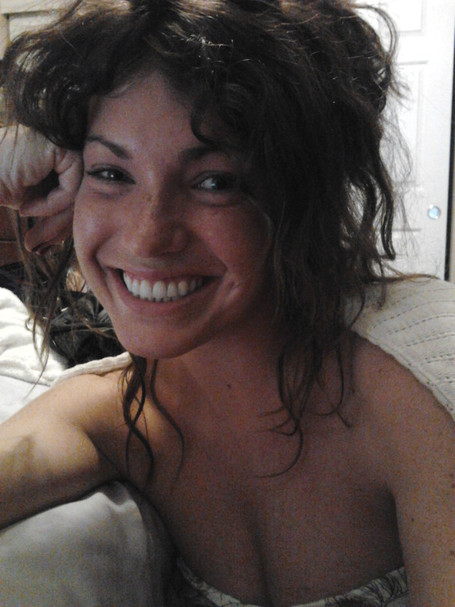 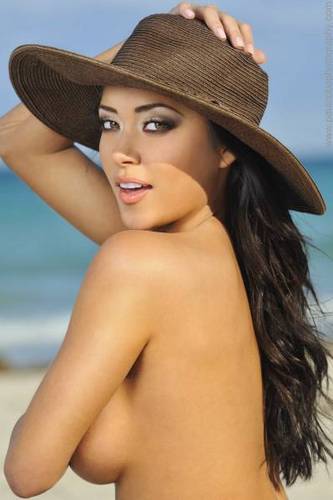 Lastly, this isn't a tweet, but I just noticed that Rachelle Leah's twitter background, which was from the same photoshoot as her avatar, isn't safe for work. (Here's the Link - again, NSFW)