"I'm amused by the threats, meus amigos. If you are really so brave, ride your little scooters over here and say it to my face."  -Chael Sonnen, who apparently, was in Brazil with Yushin Okami.

"Hey Anderson, stick to what your country does best; like soccer or harboring infectious disease. Oh, and tell Lyoto that I'M CALLING HIM OUT"  -Chael Sonnen

"Yushin and I go back to civilzation tomorrow. Thanks for everything, Brazil. It was like camping in Compton."  -Chael Sonnen

HE'S AT IT AGAIN

"I love when studies like that confirm what we all know. Next thing you know they'll be a study confirming that many black people don't tip"  -Joe Rogan

"I bet no one likes to f**k black guys more than racist white chicks from the deep south. The forbidden fruit that they hate to crave."  -Joe Rogan, (I had to bleep that one out)

"I braced for a PC sandy vagina twitter reaction that never came. I'm honored to have so many cool people following me."  -Joe Rogan

There's a ton of tweets after the jump, but first, don't forget to follow:

"ahhaa is rainning in montreal rain is good for the flower but bad for F1 lol im only happy when it rains .....lalalalalalalla"  -Ivan Menjivar

"waoo i thing he cellphone here in quebec is too much i 45$ no internet fido... my contract whit fido finish a sept haha so fido you have to make my a deal or you out Fido be a nice dog .."  -Ivan Menjivar

"@bloodyelbow Someone just approached me, knew my face from somewhere "oh yah, an mma site called Bloodyelbow always post pics of u" ;) <3 it"  -Natasha Wicks, my bad.

"Kos is full of shit. @TrashTalkinKids is a line of UFC merchandise. We can make shirts 4 any fighter who signs the merch agreement w the ufc... any merchandise the ufc sells with a fighters image/likeness including @TrashTalkinKids shirts, gives 10% of profits to that fighter... so yes, Kos does get paid on each shirt we've sold (which isn't that many)"  -Stephan Bonnar

"Just remember u fuck heads that tweeted me 2day there's always2 side2every story.As4 that C level fighter calling me out:) bring it bitch! ...Man I really want to tweet some nasty shit right now but ahahahahaha I won't.......saving that shit. FYI"  -Josh Koscheck

"First day of training camp for lil nog. Mike put me through HELL."  -Rich Franklin, is wearing vibrams! (sorry I just love my Vibrams as well) 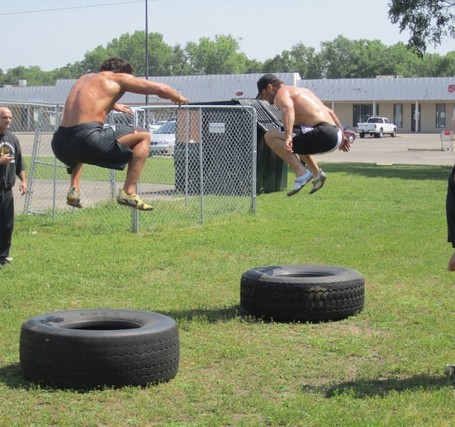 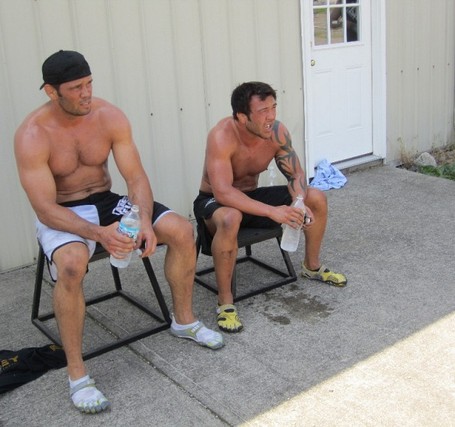 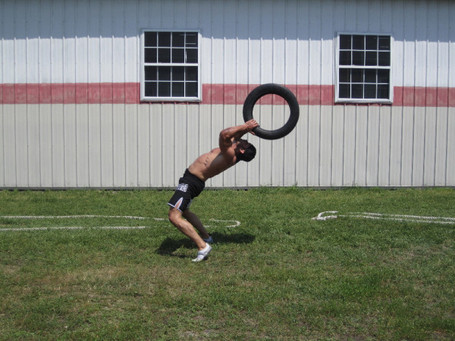 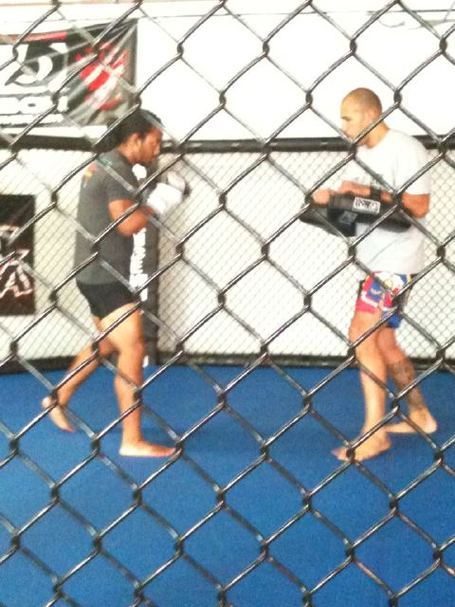 "Everyone is asking about my broken nose, here you go. About like Rich every time he fights Andy."  -Chael Sonnen 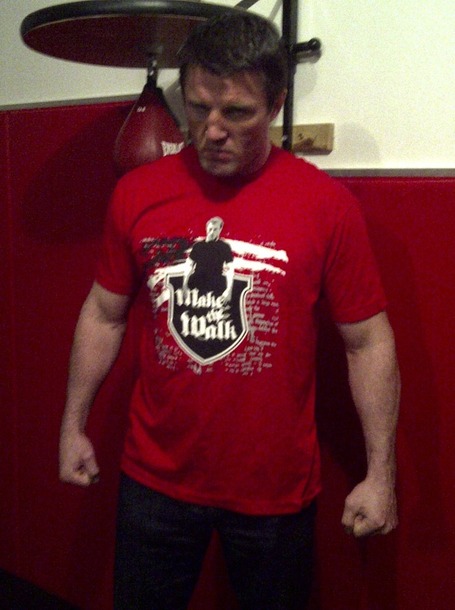 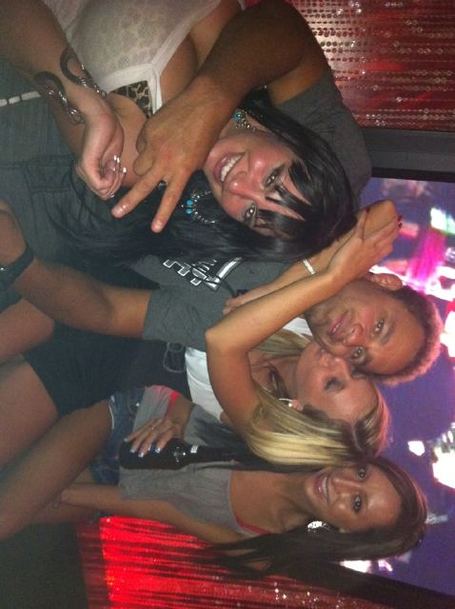 "The big boys are in Dallas! @AlistairOvereem and @JoshLBarnett fight (not each other) Saturday at @Strikeforce"  -UFC 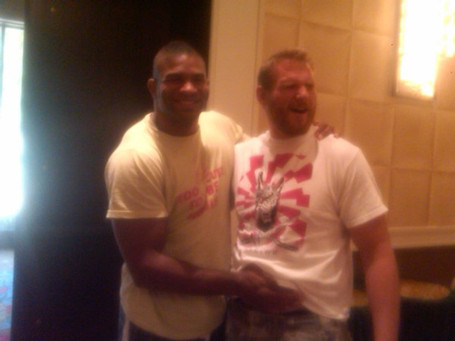 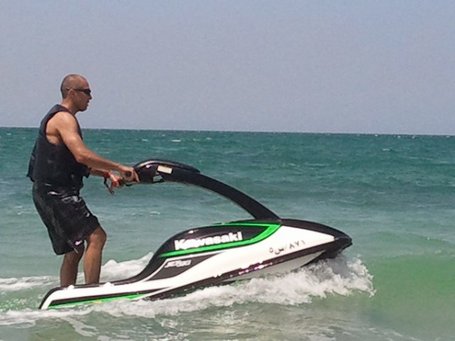 "In USA we got candy machines at the mall! In Dubai they got gold machines!"  -Royce Gracie 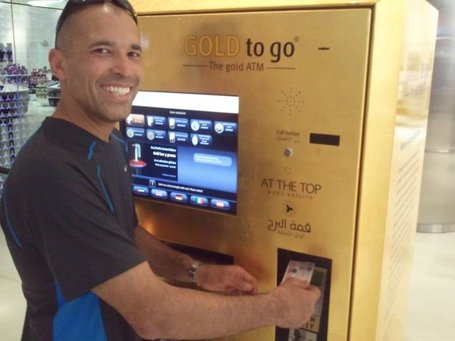 "Check out my appearance on G4 Network. It was fun"  -Royce Gracie

"Damn baby. This Bud light lime tastes delicious!!!"  -Arianny Celeste, did they pay you to say that? ;) 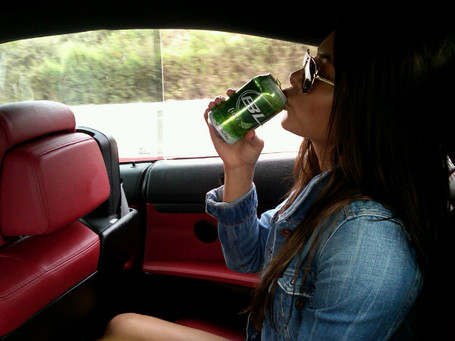 KELLI HUTCHERSON ON GETTING IN STRIKEFORCE: "I GOT FAKE BOOBS, FINALLY, AND MY BOSS HIRED ME"

"2nd stage of my portrait of @natashawicks is up: http://t.co/cWglYnu Again, 25% of proceeds will go to @IJMHQ to fight global #slavery! RT! ...Natasha (3rd stage: laying in contour details and correcting proportions)"  -James-Michael Smith 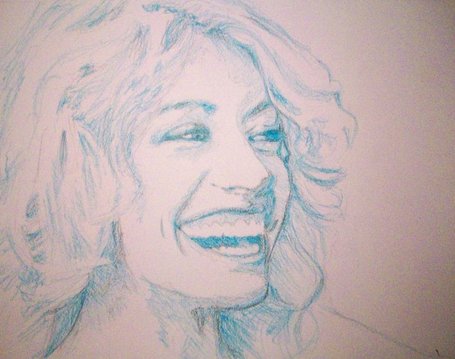 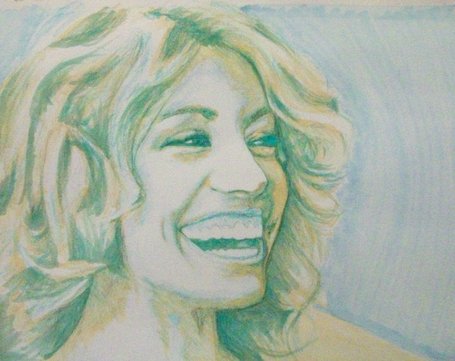 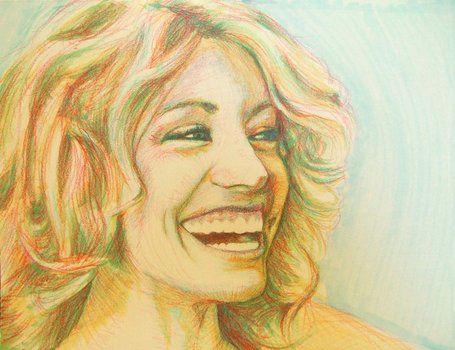 "My ladies r coming to visit me in socal..which can only mean 1 thing, bikinis, beach, fitness, and oh...champagne. ;)"  -Arianny Celeste 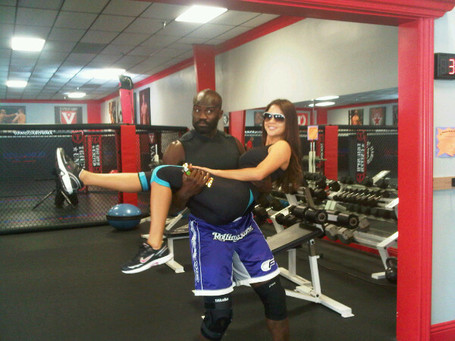 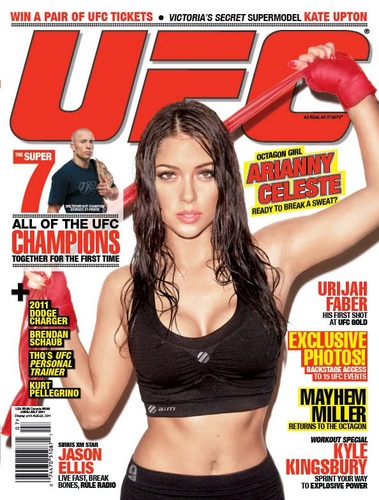 "let's see UFC mag is the #1 Selling mag now beats out every other mens mag. And I'm on the cover. Who's not valuable? STFU!"  -Arianny Celeste, addressing a fan. 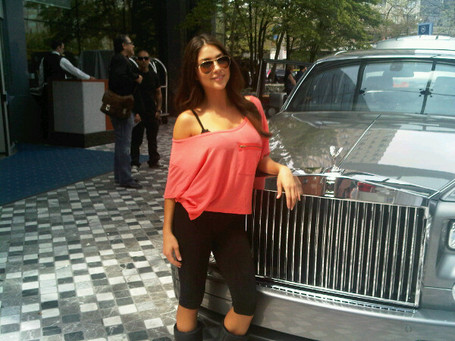 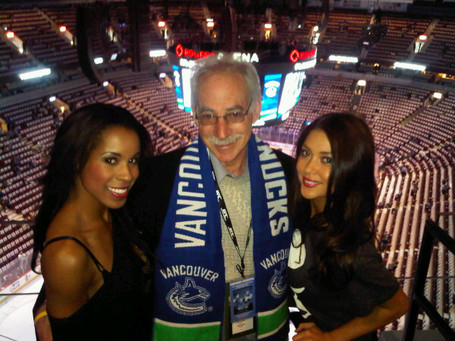 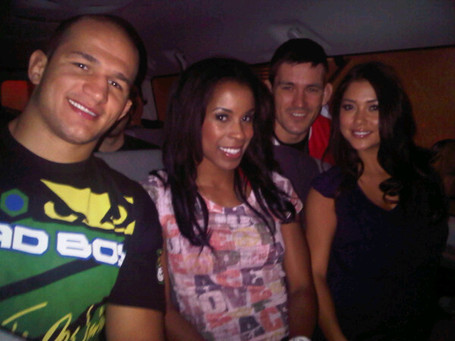 "RT @msBeverlyOlvera: My girl @AriannyCeleste is the hottest model and most amazing woman!! #YoungNSuccessfulSexSymbol !"  -Arianny Celeste 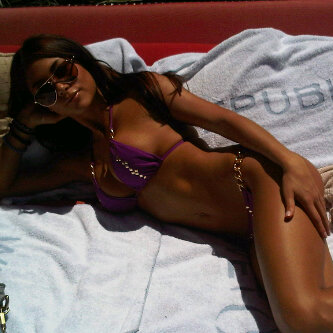 "Someone asked to see me with no makeup. Here ya go! With my curly hair too… Yes its natural"  -Brittney Palmer 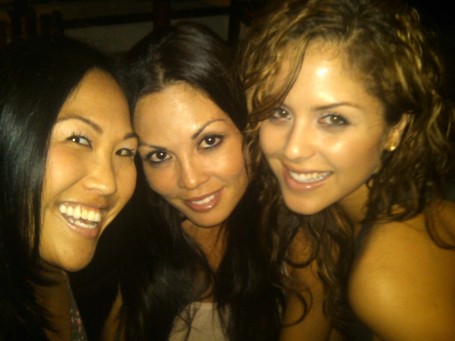 "I feel like I have the most colorful friends!"  -Brittney Palmer 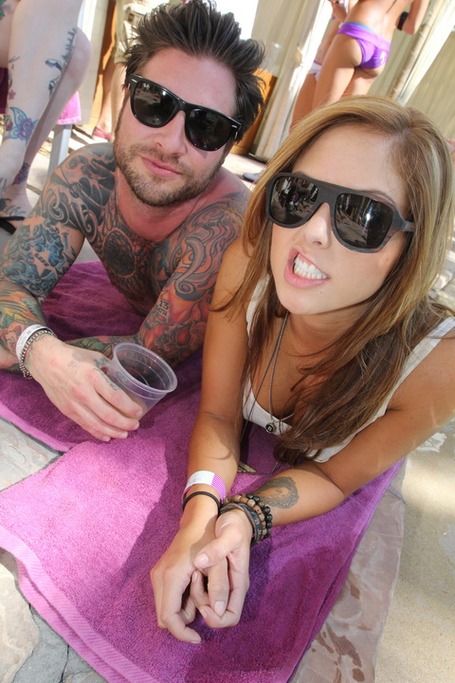 "Not that easy in sparkle flip flops…lol;)"  -Chandella Powell, and it's not easy to play sideways golf either. 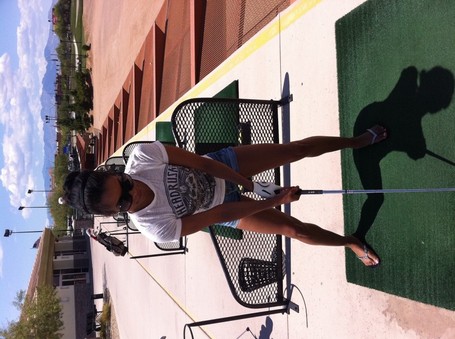 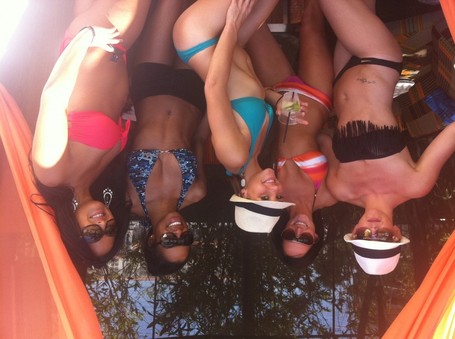 "I can't speak for @natashawicks, but I think we both miss parts of it :)"  -Logan Stanton 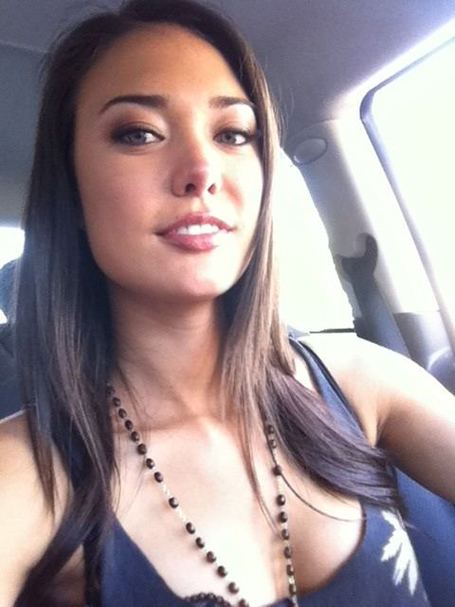 "My post workout drank ;) these glasses are the OPPOSITE of June gloom : p haha"  -Logan Stanton 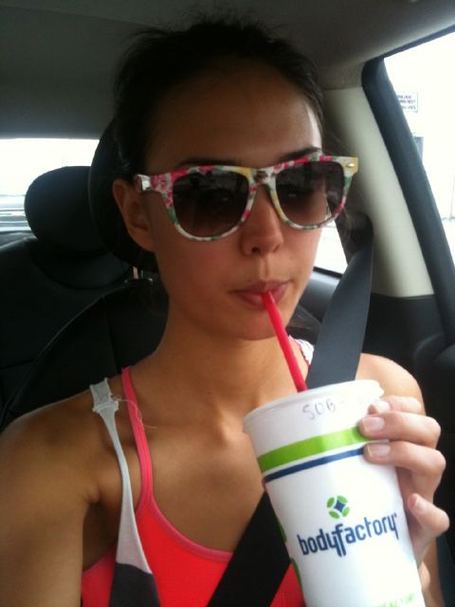