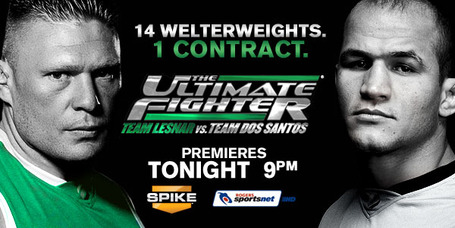 You know what's more interesting than the Ultimate Fighter? This recent news that the State of California has charged Jay Mariotti with three felonies of stalking, domestic violence, and assault. He allegedly (he said with a wink and a smile) confronted his ex-girlfriend on the same day courts had ordered him to stay away from her.

The irony in all this is that Mariotti made a career out of criticizing athletes for on- and off-the-field behavior for the Chicago Sun-Times and, later, ESPN.

Mariotti, who pleaded no contest to misdemeanor domestic abuse in September, faces five years in state prison if convicted.

Jay, here's some advice from Mr. Johnny Cash: "Always be a good boy."

Sneak peek after the jump!