Share All sharing options for: Scott Coker Excited About Crossover Fights in "8 Months to a Year" 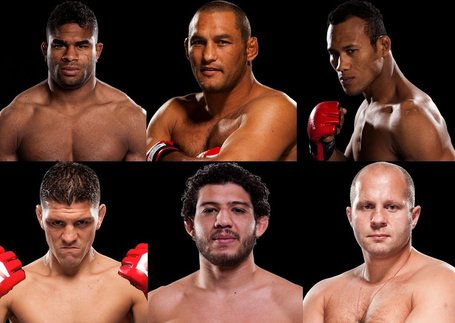 Zuffa's acquisition of Strikeforce, it's biggest competitor both domestically and globally, has tantalized fans with the possibility of cross-over matches. Will Nick Diaz challenge Georges St. Pierre? Could Alistair Overeem hang against the likes of Cain Velasquez? Will Strikeforce champ Dan Henderson make another run at the UFC light heavyweight title? Strikeforce CEO Scott Coker talks about the possibility of this happening in the next 8 months to a year: (on MMA Live)

"To me I've always envisioned seeing these big fights happen between Gilbert (Melendez) and Frankie Edgar or Alistair Overeem fighting Cain Velasquez and have these big super bowl events."