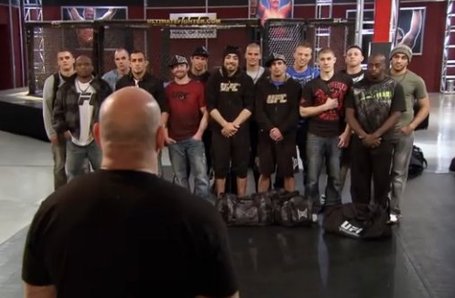 After watching TUF Season 13, Episode 1 - are you getting tired of The Ultimate Fighter? Do you wish the UFC would do something different with their weekly slot on Spike TV? Dana White took to the Underground Forums to respond to fans and critics complaining about the stale TUF format and commenting on the weak ratings for the Season 13 premiere:

SINCE WHEN IS 1.5 MILLIONS VIEWERS BAD?
People have been saying it is dead since season 4.
Sit back and watch bitches or don't. TUF isnt going anywhere!!!! deal with it.