Share All sharing options for: Anderson Silva vs. Yushin Okami Official for UFC: Rio in August 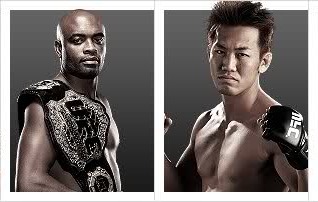 UFC President Dana White confirmed the bout with USA Today. UFC middleweight champion Anderson Silva will fight Yushin Okami, the last opponent to defeat him (by DQ at Rumble on the Rock 8, in 2006) and will try to set a new record of nine straight title defenses in the UFC. The Aug. 27th event in Brazil will mark the UFC's second in the country.

"I want to fight Anderson, beat him, and I believe I’ll become a new star in the UFC. I’m concentrating and training for that fight now. ... Anderson is the top of the middleweight division and I am coming for the belt. I promise you’ll see him fall and I’ll be the new champion."