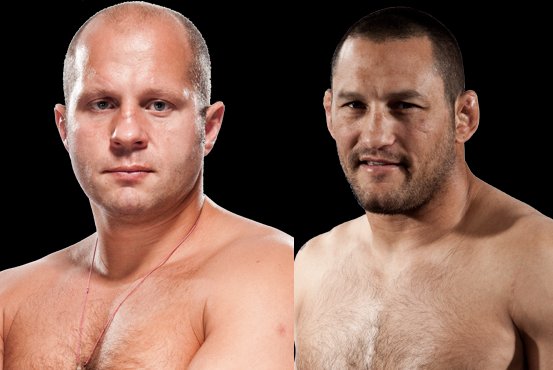 According to Fighters Only:

Sources close to the Russian say he is giving serious consideration to the prospect of fighting newly crowned Dan Henderson at 205 pounds.

The prospect of the fight was put to him by Strikeforce before the weekend’s Henderson/Feijao showdown.

Negotiations are underway and - if past experience is anything to go by - are likely to go on for some time. But the fight is of interest to all parties and is likely to happen later this year.

Scott Coker: There have been "preliminary discussions only" for Hendo vs. Fedor. Wouldn't be in June/July when Hendo wants to fight next.less than a minute ago via web