Hoping to be a monthly (maybe weekly) feature, in keeping up with the pulse of MMA, I'm curious to see where everyone stands this month on the fights we've all seen and enjoyed.

So I'll give you my thoughts and please, PLEASE, reply with yours.

Clay Guida: Clay put a swift halt to the Gomi pain-train.  As soon as the tear-stained Pride posters were going back up on the fanboys' corkboards, Guida ripped them off and choked them out, putting himself one fight away from a title shot.

Ronaldo Souza vs. Robbie Lawler: It's rare and difficult to say Robbie Lawler is simply outmatched in a fight, but on this night, he was.  However, this isn't what makes this a tremendous fight.  In the first round, Robbie rocked Jacare a few times, and while Jacare had great ground control every time (I scored the first round 10-10 to the disgust of many), Robbie was in good shape.  The second round was all Gator.  He had Robbie in a few different holds, yet Robbie refused to go down that easily, making phenomenal escapes from each one, living to fight a third round.  Eventually, Souza got Lawler in a sub in the third round, but this was a tremendous show of the ground game by both men and established Jacare as a legitimate champ.

UFC Fight For the Troops 2: Solid free card, Facebook prelims were awesome.  No outstanding fights, but Melvin Guillard established himself as a top contender, Pat Barry rebounded, and the Texas Gunslinger of Thug-Jitsu showed a young whippersnapper what it is.

Abe Wagner: I know, I know.  In and of itself, beating a disinterested, fat, Tim Sylvia isn't much.  But for a prospect like Abe Wagner, it's a lot.  This a door-opener for him.  This was the biggest fight of his live, and he TKO'd a 2-time UFC Heavyweight champion in 31 seconds.  Fuck the early stoppage, Wagner would have pounded him into the mat if it wasn't stopped.  He destroyed a guy who probably outweighed him by 80 pounds come fight night.  Will that be enough to get into the UFC or Strikeforce?  Maybe, maybe not.  But at the very least, Abe Wagner is a commodity right now.

Frankie Edgar vs. Gray Maynard: Whether you thought Gray won or Frankie won, this was 25 minutes of each man pushing the other to the limit.  The champ was almost finished in the first round, but rebounded to push the challenger to his limit.  It was a tremendous fight to watch, but for some reason I can't give it the gold.  It lacked the electricity and desperation of the first.

UFC 125: Outstanding main event, co-main established a new contender, and the undercard seperated the men from the boys. 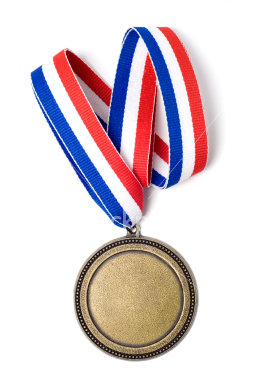 Nick Diaz: Put on a spectacular show with Cyborg Santos and outstruck a great striker before capitalizing on a mistake and getting a sub-win.  It was almost Anderson-esque.  Beautiful to watch.

Nick Diaz vs. Evangelista Santos: That first round.  I don't care what persuasion of combat sports you follow.  Hell, I don't even care what sports you like, if you're a fan of athletic competition, you loved that round.  You loved it, and hopefully you loved the second round, where two brawlers exhibited their secondary skills.  One brawler came out on top.  Simply, this was a beautiful fight.

What are your faves in the great MMA month of January 2011??  Please tell us in the replies!