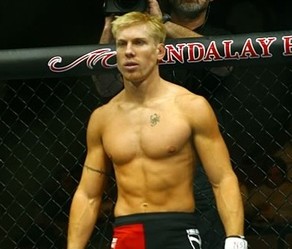 Jeremy Jackson, 28, received a 25 years to life sentence from a Ventura County, California judge today. Jackson, a veteran of the fourth season of The Ultimate Fighter, pled guilty in 2010.

Jackson was kicked off the reality show for sneaking away from the TUF house to meet a woman.

The Ventura County Star has more:

Outside the courtroom, the female juror said she believes Jackson didn't commit the rape but only pleaded guilty because he was depressed and wanted the trial to end.

"I really felt the defendant was innocent," she said.

Jackson's lawyer, Russell Baker, said he was very disappointed by the way the trial, which lasted more than three weeks, concluded. Baker said he doesn't believe his client committed these crimes. He said the "crushing weight" of the trial and the accusations were a heavy mental burden on Jackson.

"He just got broken down," said Baker.

Dunlevy said Jackson, 28, of Ventura, pleaded guilty because he is guilty, and he was potentially looking at a maximum sentence of 60 years to life.

Dunlevy said there was substantial evidence against Jackson, including a secretly recorded telephone call between him and the victim after the rape took place. During this call, Jackson told the Oxnard woman he had planned the crime, according to Dunlevy.

In addition, a sporting goods store surveillance video shows Jackson purchasing the air gun on the same day he committed the rape. There also were also a series of text messages to the victim of an erratic and threatening nature, said Dunlevy.'