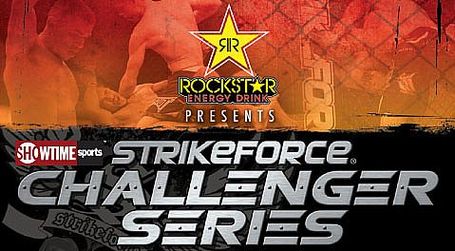 Strikeforce Challengers 20 goes down tonight at the Palms Casino in Las Vegas, with Antwain Britt making his middleweight debut in the main event against Lumumba Sayers. The co-main event arguably has more buzz though, which sees the new lady on the block, Olympic judo medalist and all-round badass Ronda Rousey facing off with suburban Vancouver's Julia Budd in a women's 145 lb. battle. The card also features a few prospects in Adlan Amagov, T.J. Cook, and Derek Brunson. Here's a rundown of the full card, which you can catch on Showtime tonight at 11 p.m. ET/PT:

Bloody Elbow will be covering the event live, so come back around that time and share your thoughts.