"Found a scorpion in my house. Drove him to the open desert and set him free."  -Aaron Simpson

"@FabricioWerdum @gilbertmelendez :)"  -Dana White, sent a smiley to two guys who have long been reported to be really close to signing deals to move to the UFC.

There's a ton of tweets after the jump, but first, don't forget to follow me on twitter: @antontabuena

I CAN'T CATEGORIZE EVERYTHING FOR YOU ALL THE TIME

"Bitch I got cat-like reflexes.... A really old perhaps blind cat that can only hear out of one ear"  -Forrest Griffin

"To hang with with me you need a valid passport and a drinking problem."  -Josh Barnett

"Dan Henderson: "Every time I win a title somewhere, Dana has to buy the company to get me back.""  -UFC

"In case some of yalls missed it! Check this video out!!! JOE ROGAN AND BJJ BLACK BELT ARGUE ABOUT WEED!!!"  -Eddie Bravo 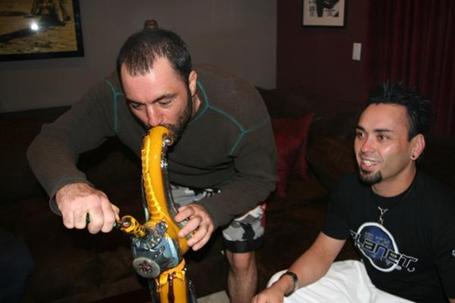 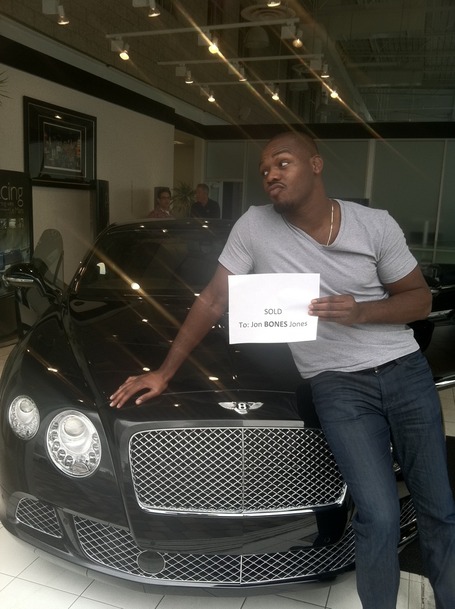 "Found a way to hold my smoothie while I went potty. Yep, pretty proud of this artwork."  -Duane Ludwig, problem is, your drink is still inside the gas and flush region of the crapper. 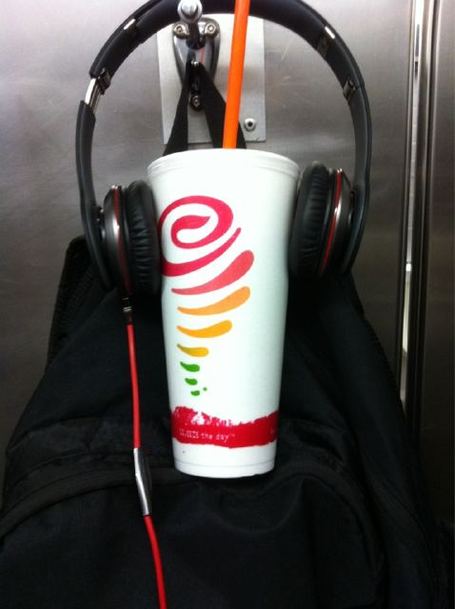 "I got my ass kicked by a 10 year old today, I'm totally depressed, please don't spread this on the Internet"  -Eddie Bravo 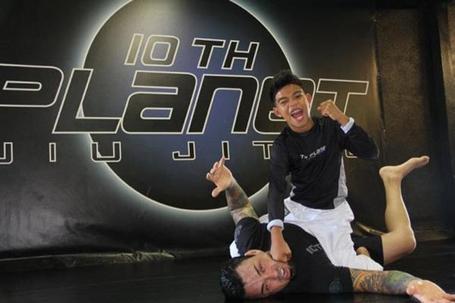 "Haha here's a pic RT @TheWrightJeff: I wonder what a @Jonnybones vs. @StefanStruve fight would be like."  -Jon Jones 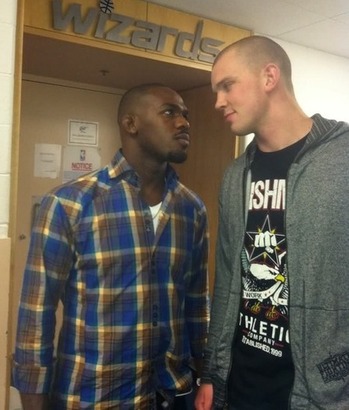 "Check me out on the cover of @fitnessgurls magazine"  -Brittney Palmer 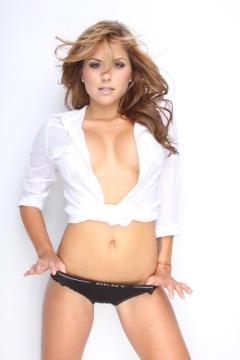 "Look at my black eye. Lookin like a bad ass ;) #surfbump"  -Brittney Palmer 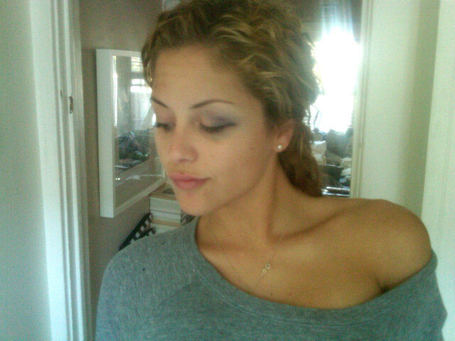 "Air guitar + evil friends + computer technology + the ability to look like a psycho ="  -Natasha Wicks, I have the same exact outfit, minus the panties, and the background... and the hot model... so uhh, just the shirt. 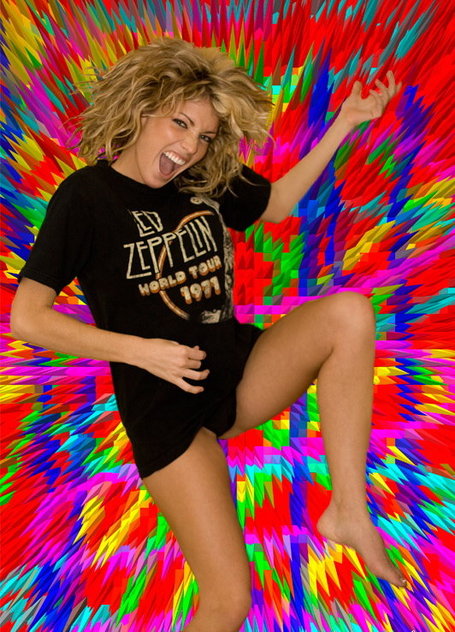 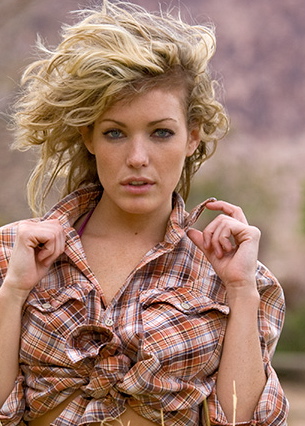 "Ok so I have a lot of improvements to make to keep winning, little break then back 2 learning! Thnx 4 all the support:-)"  -Dominick Cruz, literally meant break.

"JUST CONFIRMED! HOUSTON EXPO FROM THURSDAY TO SUNDAY! THEN FROM HOUSTON TO CROATIA TO BE A TRAINING PARTNER FOR CROCOP TILL OCT 29!!!"  -Pat Barry

"Here is the start of my #ufc136 Fight Week blog"  -Jeremy Stephens, training for Anthony Pettis in what is guaranteed to be a very entertaining bout.