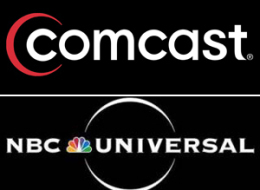 This is a guest feature by Zak Woods, formerly of Watch Kalib Run.

Last week the Federal Communications Commission approved the Comcast Corporation's purchase of a 51% stake in NBC Universal from General Electric.

The approval from the government paves the way for a new media conglomerate that has piqued the interest of many in sports media.

Mixed martial arts observers have speculated that a merger could lead to Versus -- a Comcast property with UFC broadcast deal -- being rebranded into a NBC sports cable channel. Possibly leading to the "Big Dream" of the UFC being on primetime network television.

However, such a dream might still be a ways off.

In the full entry we'll hear from media analysts Dan Shanoff and Jim Miller about the odds for Comcast/NBC to truly become a sports media empire.

Dan Shanoff recently laid out the tremendous amount of sports properties and assets that could be brought together -- including NFL Redzone, NFL Sunday Night Football, the Olympics, Versus, and NBCSports.com -- under one banner.

Could this merger lead to a hypothetical challenger to the king of sports media, ESPN?

USA Today asked Jim Miller, author of the yet-to-be-released oral history of ESPN entitled Those Guys Have All the Fun: Inside the World of ESPN, about the potential merger and whether or not it could challenge ESPN.

"Obviously, Steve Burke (of Comcast) and Dick Ebersol (of NBC Universal) are very smart guys. I'm sure they could put that together. The only thing is its going to cost money. There's certain barriers at this point given the head start ESPN has. If you're going to tackle them, you're going to need a lot of money and a you're going to need a lot of great lobbyists in Washington...You don't have to duplicate ESPN to become successful. Comcast and NBC Sports can do a great job without assembling a campus like Bristol."

Mr. Miller taps into a key point: Having assets and properties is one thing consolidating them into a single entity is a costly and time consuming endeavor.

Remember it took ESPN decades to grow into the Leviathan that now has its tentacles into almost every athletic enterprise plus a near autocratic presence across all media platforms.

To simply assume that Comcast-NBC can effectively combine their sports properties together in a relatively short period of time is a stretch. Not to mention the fact that the other departments of NBC Universal still need in-house renovations after the Chernobyl-like conditions that Jeff Zucker left it in. Thus the "Big Dream" might be on hold for a while.

That being said, with so many properties under one roof a merger of some sort appears inevitable.

Dan Shanoff speculates that a significant web push might be in the cards first (in part because of NBC's late start to the web media game):

"The idea of a new sports TV network gets all the headlines, because it involves a lot bigger dollars spent and generated. But much more efficiently, the new company can massively expand its existing footprint online, bringing together all of these various (and valuable) assets -- along with a couple quick acquisitions -- to become a leader in emerging sports media, not just televised sports media."

Considering the wealth of available talent now free (thanks to AOL  firing the majority of the Fanhouse staff) plus the relative financial cost of expanding online versus on cable, we could see the first signs of consolidation happen online rather than on the cable box.

For UFC fans hopeful that Comcast and NBC will be the road to the UFC on network television this could be the first clue to seeing the "Big Dream" achieved.