Charles "Krazy Horse" Bennett Out of Strikeforce: Fedor vs. Werdum, Conor Heun In

Share All sharing options for: Charles "Krazy Horse" Bennett Out of Strikeforce: Fedor vs. Werdum, Conor Heun In 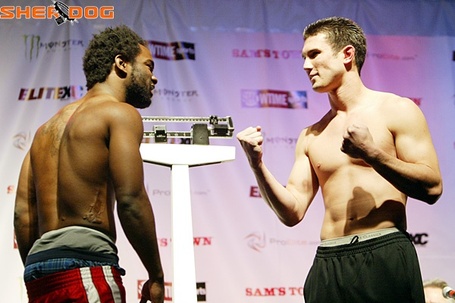 A change has been made to the upcoming fight for the last ever EliteXC lightweight champion as K.J. Noons is now set to face off against Conor Heun in Los Angeles on June 16 as a part of Strikeforce on Showtime. Charles Bennett, Noons' original opponent, was forced to withdraw for unknown reasons.

The fight between Noons and Heun will now take place on the June 16 card in Los Angeles as opposed to the original date for the fight with Bennett on June 26 in San Jose, Calif.