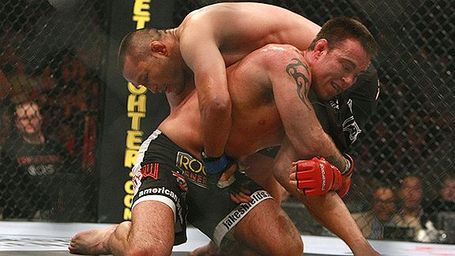 The stats show that ratings actually dropped during the last half hour of the show’s alloted two hour time-slot on CBS – though in fact the show actually ran on longer than that so we will have to wait until later on in the week to find out how the rest of the show fared.

To give you a rough idea of where those numbers compare to previous MMA events on the CBS network. Please note these are the final ratings for these events which tend to be higher than the overnights.