The UFC's Refusal to Promote Georges St. Pierre vs. Anderson Silva Is More Offensive Than the Collapse of Manny Pacquiao vs. Floyd Mayweather

Share All sharing options for: The UFC's Refusal to Promote Georges St. Pierre vs. Anderson Silva Is More Offensive Than the Collapse of Manny Pacquiao vs. Floyd Mayweather 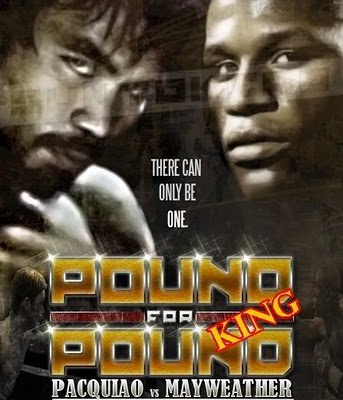 When the negotiations for a "Superfight" between Manny Pacquiao and Floyd Mayweather Jr. fell apart, MMA fans smirked and nodded.  The general reaction was something like this: "You see, this is exactly what is wrong with boxing.  They finally get a big fight that everyone wants to see, the fighters agree to all of the material issues in principle, and then it falls apart over some minor issue."  Dana White was among those that mocked the sport of boxing for failing to promote such a huge fight.

He who lives in a glass house should not throw stones.

Most fans and experts agree that Anderson Silva and Georges St. Pierre are the top two pound for pound fighters in the sport of mixed martial arts.  Over the last three years, both have amasssed resumes that nobody else in the sport can even approach.  Despite the fact that the UFC has never announced or promoted a fight between the two, both men are repeatedly forced to answer questions about when they will fight one another.  In the past week, the one issue supposedly preventing this fight was happening was resolved: Anderson Silva conceded on the issue of weight by repeatedly voicing his willingness to take on St. Pierre at 170 pounds.  St. Pierre stated he would take the fight at that weight.

Here's the big difference between these two situations: Dana White has the power to make this fight happen.  Every major issue is now agreed upon.  All he has to do is sign off on the fight, put on a "UFC: Primetime" series and let the money roll in.  Fans will be so galvanized against Silva as a result of this charade that they'll pay in droves to see a fan favorite like St. Pierre try to end his streak.  Egos got in the way of Mayweather-Pacquiao; Dana White is currently all that is standing in the way of St. Pierre-Silva.

Even though a fight between Anderson Silva and Georges St. Pierre has not been announced, fans have loudly chanted for it all the way from Montreal to Abu Dhabi.  Let me restate this, so that the importance of this point is not lost: fans all the way in the Middle East were chanting for Georges St. Pierre vs. Anderson Silva.  We're often told that Brock Lesnar vs. Fedor Emelianenko is the biggest dream fight possible, and that a fight between the two would shatter all buyrate records.  Despite the supposed groundswell of support for such a fight, we've never heard either man's name chanted at the other during one of their fights, and this is in spite of a concerted effort to do such a thing at UFC 100.  We've heard it happen twice to Anderson Silva.

Zuffa brass ought to think about what brought the UFC to the dance.  A large part of it was creating the perception that the UFC responds to the fans, and delivers the fights they clamor for.  If Zuffa decides to "punish" Anderson Silva with a meaningless fight and put St. Pierre against someone like Paul Daley, then I will have no sympathy for the company when its top stars continue to fight down to the level of their competition.  After the disaster of a main event at UFC 112, Dana White promised to make it up to the fans.  I'd suggest doing it by giving them what they are clearly asking for.

Finally, I'd like to address a persistent (and ridiculous) argument against this fight.  Some people think St. Pierre will lose, so the fight ought not happen.  Newsflash: BJ Penn just lost to Frankie Edgar of all people.  Champions eventually lose one way or another, and it can either be in dramatic fashion in the context of a mega fight, or it can be in a dull fight that almost nobody remembers three days after it happened.  The fact that one of these dominant champions might lose is not an argument against doing this fight.  It's an argument in favor of continuing to book mismatches that result in pedestrian and disappointing performances.

I called for this fight shortly after UFC 100, and predicted that if we didn't get it we'd end up seeing a series of boring, uninspiring title fights from both men in 2010.  So far, it's way worse than I could have anticipated if I was asked to draw up a worst case scenario.  If the UFC really has the gall to book St. Pierre-Koscheck 2 and Silva-Belfort, they deserve the boring fights that are surely on their way.