Inside the UFC's Lawsuit Against Quinton "Rampage" Jackson

Share All sharing options for: Inside the UFC's Lawsuit Against Quinton "Rampage" Jackson 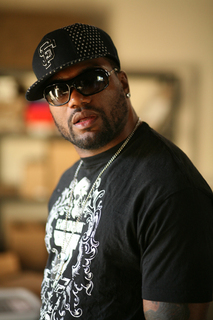 Seemingly slipping past everyone’s notice, on November 3, 2009, the UFC filed a lawsuit against Quinton "Rampage" Jackson seeking declaratory relief on Jackson’s contract in a Las Vegas courtroom.  The complaint details the dispute with Jackson over his decision to pull out of UFC 107, as well as the communications between Jackson’s management and the UFC.

According to the complaint, on September 22, 2009, Jackson posted a blog on his website stating he was done fighting.  The UFC took this to be an official statement of retirement, and exercised their right under the promotional agreement to suspend the contract pending Jackson’s return to the UFC.  After sending Jackson a letter notifying him of the suspension, Jackson’s manager, Anthony McGann, responded with a letter stating that Jackson was ready to renegotiate his contract.  The letter also threatens to proceed "in the courts" if Zuffa is unwilling to renegotiate.

The complaint asserts that Jackson is intentionally trying to extort the UFC into renegotiating his deal under threat of running out his promotional agreement.  The UFC brought this action to get a declaratory judgment stating that Jackson’s refusal to fight and statements that he was "done fighting" constitute a retirement that allows them to exercise their rights under the promotional agreement, including the right to suspend the agreement and thus toll the term of the contract.

A letter from Jackson’s attorneys argues that retirement requires certain notice provisions under the promotional agreement, and because Jackson did not meet those requirements, his "blog" does not constitute a real retirement.

There has been no further action on this issue since the initial complaint.

To boil the dispute down to simpler terms, the issue is Jackson's current contract and when it ends.  Jackson wants his period away from the UFC to count towards his contractual term; the UFC is arguing that since he retired they were able to properly suspend the term for that period.