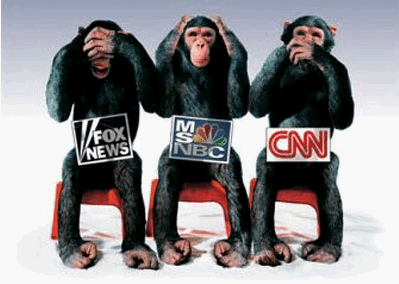 "We go out there and do this thing, and it's successful, and now [expletive] EA Sports wants to do a video game. Really? That's not what you told us a year-and-a-half ago.

"EA doesn't give a [expletive] about mixed martial arts. They made that very clear."

"I know there has been some recent discussion about EA Sports bringing a challenger to this sport. I love mixed martial arts, and we’ve been working on a game concept since I came to EA two years ago. I have great respect for the organizations and individuals that have invested in the sport’s growth over the past decade – so this is one that is near and dear to me and I’m excited to see such good progress to date.

I trace my MMA video game roots back to my support of Crave’s UFC title on the Dreamcast in 2000, and have been a fan ever since. Our title will bring both innovation and further authenticity to mixed martial arts, not to mention a strong global publishing network that will help spread the sport’s popularity around the world."

While speaking with reporters on a prefight conference call, Filipovic enthused about his return and said he was gunning for a title shot. All the while, he apparently knew he was in it for a one-fight deal.

He texted White on White’s cellular phone and told him he wanted to return. White said Filipovic declined numerous opponents.

Apparently, Filipovic, who is from Croatia, wanted to fight in Germany and use the UFC bout as a tuneup. He did and is now Dream bound, but he’ll almost certainly never fight in the UFC again.

"I'm still in shock. Cro Cop was punking all of us. I hope Cro Cop goes on a three fight losing streak and gets the hell out of MMA. He's a disgrace."

"...He can't even beat Mostapha Al-Turk without poking him in the eye."

Filipovic’s rights were in dispute after UFC 99 when Yahoo! Sports, the Canadian Press and several Japanese newspapers reported that Filipovic was going to spurn the oral agreement he made with the UFC and instead fight for the Japanese-based promotion, DREAM.

Multiple sources had indicated to Yahoo! Sports that Affliction was on the verge of a deal with Strikeforce for some sort of merger, but that fell apart in the last 24-48 hours. That’s when talks began anew between White and Affliction. They had spoken earlier in July about such a scenario, but were unable to come to a deal.

"I just want to make the facts straight: there were never merger talks," he said. "It makes me look stupid. I was very much in touch."

However, White’s comments were only half the story, and Cro Cop responded to what White said about him.

"By the time I landed from Europe, Cro-Cop called me 600 times. He said, ‘I didn’t sign with anybody," White said.

"I'm sorry that UFC and DREAM argued over me. There was a lot of noise over nothing, I was even called a liar, and I read supposed statement by Dana White that I called him 600 times. Exact number of my calls was - zero. I texted him once and that's all. I wouldn't call anyone 600 times, even if my life depends on that. I don't want to be presented in such a degrading way."

White said an Affliction attorney flew to Las Vegas only days after UFC 100 and offered to fold and turn its contracts over to the UFC if the UFC would remove its ban on its fighters wearing Affliction T-shirts.

"We are excited about the return of Affliction to the UFC and look forward to seeing our fighters once again walk into the Octagon wearing the Affliction brands. Affliction is an innovator of mixing fashion with this sport and we are looking forward to working together to promote the sport." -- Dana White, president of UFC.

Certain BE Poster With Zuffa Connections:

If Mousasi wins his next 2 fights in dream be very bullish on him coming over.

Rothwell may come over – but probably will be released.

Jay will probably come over.

"I can only speak for the fighters we have under contract that we allowed them to use," he said. "One is Babalu, and one is Gegard Mousasi. Those are our fighters. The deal (with Gegard) was made months ago."

The latest are Ben Rothwell and Chase Gormley, who are two heavyweights that were scheduled to fight each other at "Trilogy." Their bout will be kept intact and transported over to the UFC 104 fight card scheduled for Oct. 24 in Los Angeles.

MMAWeekly.com sources on Wednesday confirmed that Jay Hieron has signed a new multi-fight contract with Strikeforce that will put him on the promotion’s Aug. 15 event "Carano vs. Cyborg." He will face Nick Diaz for the first ever Strikeforce welterweight championship.

Certain BE Poster With Zuffa Connections:

Fedor aint talking to shit… Affliction has a WORLD WIDE EXCLUSIVE on Fedor and there’s one more fight left on his contract.

Basically this means Zuffa has an "EXLUSIVE" negotiating period of 6 to 12 months (the amount of time it would take for Fedor to get out of the contract in court).

"We’ve had a good conversation about the strengths of what we do, and what we can offer," said Coker. "They had the meeting (Tuesday) with the UFC, and they’re going to meet with a couple boxing promoters that have been calling up. You can imagine… he’s like the hot free agent."

"They’re talking to everybody and they’re not going to make a decision right away," he said. "They’re going to take their time. They basically said we’ll get back to you and we’ll probably make a decision in the next couple of weeks."

A long-awaited agreement between the Ultimate Fighting Championship and the man considered the world's best mixed martial arts fighter, Fedor Emelianenko, is expected to be announced by UFC President Dana White on Friday, a source with information about the negotiations told The Times today.

However, the original source told The Times today it would now be surprising for UFC and Fedor to have a deal signed by Friday. The source requested anonymity because authorization hasn't been given to speak publicly on the issue.

What does it all mean? Believe NOTHING! You are all 18-34 demographic pawns.