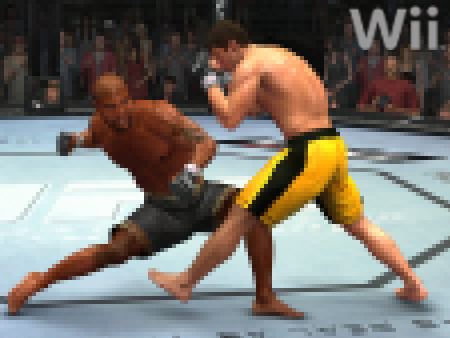 July 28, 2009 - THQ is hoping to build off the strong sales of UFC 2009 Undisputed and make the fighting series as multiplatform as possible.

CEO Brian Farrell announced during the company's first quarter financial call that the UFC series will appear on the Nintendo Wii and handheld consoles, and possibly by next year.

"We plan to build our UFC franchise by expanding international sales and by developing games on new platforms such as handhelds and the Nintendo Wii."

Farrell didn't comment any further about an expected release date. Though when asked about the series shifting to Wii in the following Q&A, Farrell either forgot to answer or purposely dodged the question. Nice one, Brian.

If this is a port (please not a UFC party game), it makes you wonder how Wii motion controls will be implemented if at all. I think it's another great way to introduce mma to new fans since the majority of Wii users are casual gamers. Let's just hope it doesn't suck.