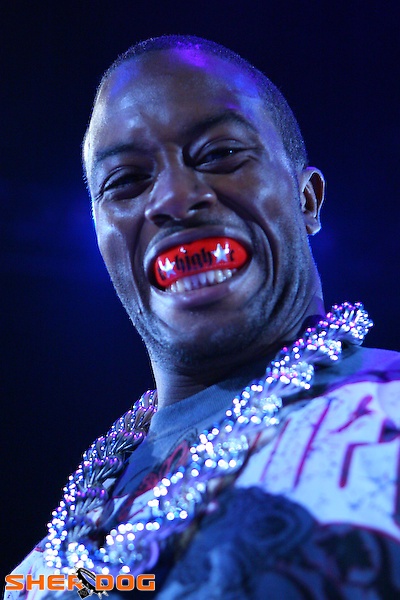 DREAM.10 was a night where two underdogs beat what was said to be insurmountable odds to make it to the finals of the Welterweight Grand Prix.

Marius Zaromskis was believed to be a sacrificial lamb for the tournament favorite, Hayato "Mach" Sakurai, but the Lithuanian had different plans. Marius exchanged with his opponent and eventually landed a devastating head kick that ended Sakurai's night early.

On the other side of the bracket, Jason High came in with most people thinking that Andre Galvao's ground game would be too much for him to handle. The "KCbandit" proved them wrong as he got the better of the stand-up and fought off several submission attempts en route to a decision victory that earned him a spot in the finals.

In the final, Jason High was matched up against a relatively fresher fighter, in Marius Zaromskis. Jason tried for a takedown and a submission before Marius got to his feet and landed a vicious head kick that ended the fight. Two straight head kick finishes made Marius Zaromskis the new DREAM Welterweight Champion.

I spoke with the finalist, Jason High, and he answered a few questions about the DREAM Welterweight GP:

Anton Tabuena: What are your thoughts on the Galvao fight? Did it play out as you thought it would?

Jason High: In my mind and since I've watched the video I won 2/3 of that fight. The only part he won was about 6 min total in the first round. So it kind of aggravates me when I hear that people think he won based on a small section of that fight.

Everything went according to plan. Its funny, Brett Cooper is like an MMA encyclopedia. He went home and studied Andre's game and came in and imitated him to a T. Mind you, Brett is primarily known as a striker. So nothing in that fight really surprised me. It was just like we practiced.

Anton Tabuena: In some parts of the fight, Galvao attempted several submissions and had you in a lot of dangerous positions. How close was he to finishing the fight?

Jason High: He was close on one of the chokes and it looked like he was close on the kneebar but really I was surprisingly calm. It hurt, but my knee wasn't popping or anything so I just said "f-it" and kept trying to escape. All I could think about was me being a 3-1 underdog and how satisfying it'd be to everybody that bet against me if I tapped out.

Anton Tabuena: How were you feeling after that fight? Was the grueling war with Galvao that much of a factor coming in to the fight against Marius Zaromskis?

Jason High: I had a couple sore spots after that fight and I was obviously not as fresh as I was before the first fight but still, Marius beat me fair and square. It was his night and he fought well the entire tournament. Once you get in a fight you really don't feel that stuff anyway, so no. I'd say none of that was a factor in me losing in the finals. I just got beat.

Anton Tabuena: What are your thoughts on the Final?

Jason High: Obviously I'd like to re-do it. I still think I'm the best fighter, but I lost in the final and that's the reality. Hopefully I can get another fight with DREAM and then look towards a rematch with Marius.

Jason High: Well, based on me taking two KO's in the same year I'd like to take the rest of the year off from competition. Maybe do some grappling tournaments. Who knows?

Anton Tabuena: Thanks for making the time. Anything you want to add or say to your fans in closing?

Jason High: I first want to thank everybody on Twitter. I received a great deal of support from everybody there and it was much appreciated. Also everyone at the Body Shop who got me in great shape for this tournament.