Share All sharing options for: The Top 50 MMA Fights in History: Pre-history and Rickson Gracie Edition 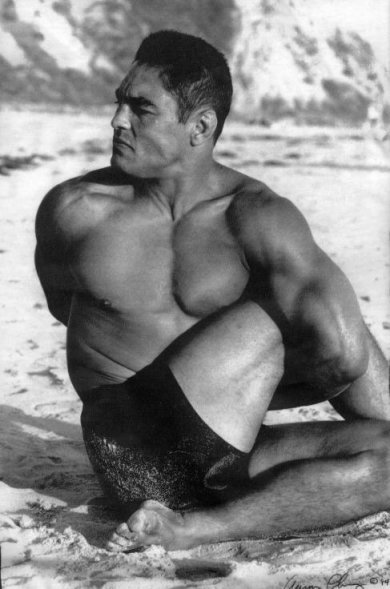 Luke and I had the distinct pleasure of helping Beau Dure and Sergio Non at USA Today put together a list of the top 50 MMA fights of all time. Here's the rationale:

We started the list in 1993 with the first UFC and Pancrase fights, but we also put together a little list of some important pre-1993 fights:

I've written about 4/5 of them in the past and they're hotlinked so check 'em out if you don't know the backstories there.

For this post, I'll talk a little bit about the living legend that is Rickson Gracie with fight videos in the full entry.

The thing to understand about Rickson is that he was the standard bearer for the Gracie dynasty in Brazil (and later Japan) from the time of his cousin Roll Gracie's death in 1982 until at least 1995, if not 2000. The Gracies were more than a family of fighters, they were a marketing machine, a legendary dynasty and living representatives of the ruling oligarchy/military class that dominated Brazil through most of the 20th Century.

As such, Rickson not only had to fight and represent the family against (almost) all comers, he had to win. EVERY TIME. The Gracies had an aggressive PR machine that claimed Rickson went 400-0 but this counted everything from jiu jitsu competition, to wrestling matches to Sambo tournaments. Unless he lost (which he reportedly did at one Sambo match) in which case they didn't count it.

I've written before about their arch enemies, the Luta Livre, no gi-grapplers and generally more working class fighters. Brazilians had been putting on proto-MMA fights in boxing/wrestling rings since at least the 1910s. Itinerant Japanese judoka and pro-wrestler Mitsuyo Maeda had fought his way from Seattle to Brazil before he became the private teacher of the Gracie brothers, including Rickson's uncle Carlos and father Helio around 1917.

Luta livre was definitely the most persistent rival to jiu jitsu throughout the 20th century, if not always the most dangerous. Still they got their licks in, with the great Tatu beating George Gracie in the 1940s and Eugenio Tadeu beating some BJJ representatives in the 1980s. Rickson's assault on Hugo Duarte was part of that revived feud.

In the late 80's Hugo Duarte was considered the champion of Luta Livre, along with Marco Ruas and Eugenio Tadeau. When Rickson jumped him at the beach, it was the culmination of many challenges, counter-challenges and mutual duckings. Its hard to make out exactly what happens in the fight, but for at least a portion of it, Rickson has the larger Duarte mounted and at one point applies a gift wrap and punches him in the face. It wasn't necessarily a clear or fair victory, but it gave the Gracies bragging rights and that's what really mattered at the time in Brazil.

One could make a case that Rickson's two fights against the huge brawler Rei Zulu were more historically important. These happened in the mid-1980s and were televised. Zulu was a formidable fighter, but basically untrained in any discipline and he'll tell you to this day that Rickson insisted on a number of rules for their matches that made it harder for him to win. I don't know about that.

Regardless, Rickson's many fights and inevitable victories helped lay the groundwork for MMA's explosion in the U.S. and Japan in the 1990s. Rickson would personally lead the charge in Japan, but I've written about that before.

UPDATE: I really meant to discuss Rickson the fighter and how he compares to today's athletes. First off, there's really no way to compare across eras. All we know is Rickson made a pretty strong case to being hands down the best Brazilian NHB (no holds barred) fighter of the 1980s and early 1990s. There is some controversy about that, but I think its fair to say no one made a competing case that's nearly as strong.

As far as his abilities and style, Rickson was similar to his younger brothers Royce and Royler in his primitive standup game. But there there similarities end. Where his brothers used their lanky frames to primarily fight from the guard, Rickson tended to be at his best in top position. And because he was much stronger and more athletic than his brothers, he often was in top position. From there his ground and pound was really devastating for his era. He especially loved to get the mount and use a gift wrap hold (wrapping his opponent's right arm around their own neck and holding it) with his left hand leaving his right hand free to batter their unprotected face.

Sadly Rickson never fought Marco Ruas, Ken Shamrock, Bas Rutten or Kazushi Sakuraba, his contemporaries who probably would have posed the greatest threats to him. His fights in Japan are less satisfying than Royce's UFC run because none of them really tested Rickson. The same can't be said for his bouts with Zulu. If you have the patience to watch those videos, you can tell that was a real back and forth war.

All in all, Rickson has earned his place in the history of MMA. He's probably the central figure in the transition from Brazilian NHB to modern MMA.

The official Gracie edit of the beach fight between Rickson and Hugo Duarte:

The legendary mid-air flip, still haven't seen anyone else do this move