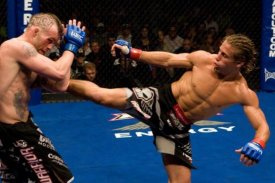 Well that's it for our series of the Top 50 MMA fights. Its been a lot of work and a lot of fun. Its inspired me to get on the stick and get back to my MMA History series. More on that in the full entry.

Here are links to my more in-depth MMA History series, it only goes up to about 1997 but I'm about to start doing more, I swear!