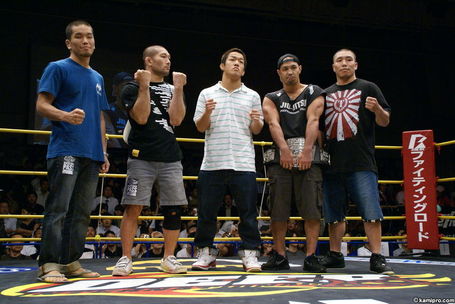 Five fighters took to the ring during the intermission of Tuesday night's DEEP "42nd Impact" at Korakuen Hall, which saw Riki Fukuda (15-4) crowned as the new middleweight champion and the seemingly reborn Kazuyuki Miyata (7-7) improve his current win streak to two. (Full results at Japan-MMA.)

Following his elimination in the second round of DREAM's featherweight tournament, Masakazu Imanari (16-7-1, second from left) will return to DEEP on August 23rd to defend his bantamweight title against 2009 DEEP Protect Cup winner Tomohiko Hori (10-4-3, far left). Meanwhile, the man who handed Imanari his last loss in DEEP, featherweight ace Dokonjonosuke Mishima (19-6-2, second from right), will take on another former DREAM FWGP participant, AACC's Takafumi Otsuka (8-4-1, center) in a title bout. Finally, DEEP legend Ryo Chonan (15-10) will make his return to Japan in the promotion which made him after a disappointing 1-3 run in the UFC; his opponent has yet to be announced.

Top image via Kamipro; more after the jump from Sportsnavi. 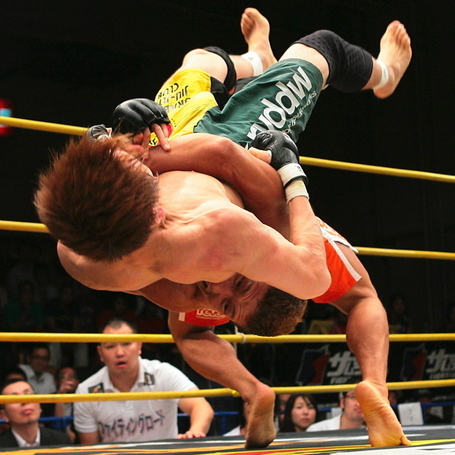 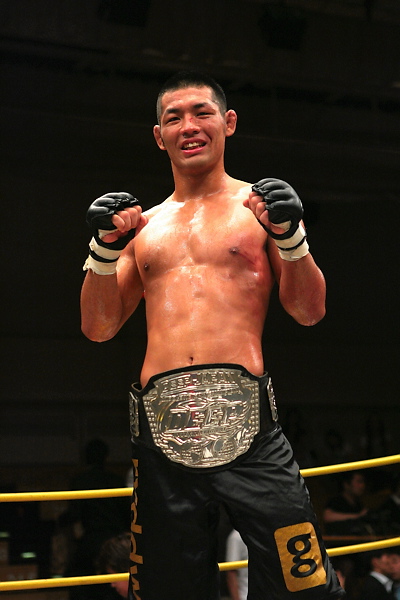