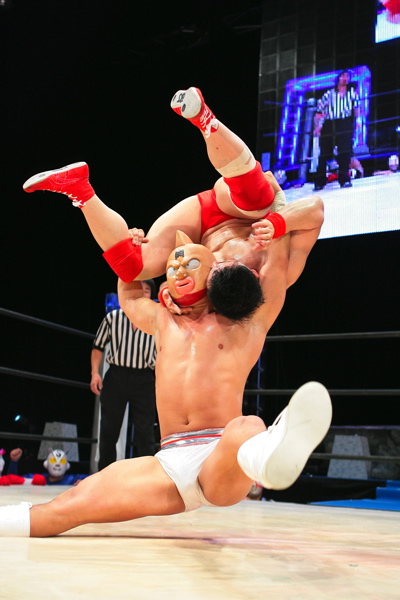 - Akira Maeda's The Outsider has released details on its first ever tournament, which Maeda announced plans for last month. The promotion returns with its seventh show on August 9th at Differ Ariake, featuring the "selection round" of its 65-70kg (143-154 lbs.) tournament. The first and second rounds of the tournament take place on October 11th, followed by the semifinals and finals on December 13th. At the end of the tournament, the winner will receive a cash prize (amount to be announced) and championship belt; tournament results will also be used to form the company's first official rankings, to be determined be the Outsider "executive committee." In my opinion, the addition of transparent rankings can only be a good thing for any organization and especially its fans.

The Outsider is a really fun "amateur" event (though the results are listed on the Fight Finder) filled with gangsters, hot rodders, bikers and tattoo artists. Rules are similar to K-1 Hero's rules, and participants are required to be aged 16-35 with no more than three pro fights (though the latter restriction has been loosened for this tournament). Lots of colorful personalities (to put it mildly) and more exciting fights than one might expect, in part due to the audience, which is filled with various fighters' crews, families and friends. There's some footage on YouTube, or if you like to keep it legit, the first four events were just released on DVD today.