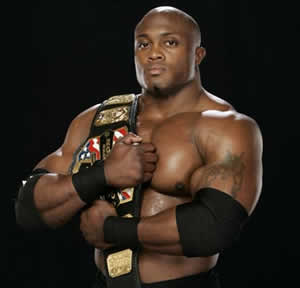 As expected, Prangley vs. Newton wasn't exactly a barn burner of a matchup. Prangley's lackadasical look in the cage still remains his deceptive style, and he put together one-two punch combinations coupled with leg kicks to point and chip away at Emanuel Newton. Newton scored some solid takedowns and good standup early in the fight, but Prangley was much more dangerous as Newton closed distance.

Newton wasn't exactly the Emanuel Newton we've seen in the past. He was much more cautious, and we didn't see the dominating Newton that crushed Roger Hollett in their matchup back in December.

I threw down a lot of dough on Newton, only to come up short, but that isn't what bothers me about this matchup. Big John McCarthy made a huge mistake in this fight, and it was fairly obvious that he wasn't at the top notch level we are used to seeing. McCarthy deducted Newton a point for a knee to Prangley's groin without any warning, but later in the fight, warned Prangley after an accidental kick to Newton's groin. While this is small stuff, it was unprofessional in my mind. McCarthy will likely say he warned Newton earlier, but the fans never saw a thing.

More analysis & VIDEO after the jump...

Bobby Lashley looked pretty impressive in this stint in the MFC. He showed that his power is formidable, and that he has learned to lock in chokes and submissions. Lashley is definitely improving, but he needs to start taking on some better competition to convince the UFC he is worth anything. Bob Sapp isn't exactly a huge challenge right now.

Galbraith vs. Heath was a standard wrestleboxing matchup, and while David Heath looked to have a small edge going into the decision... it surely wasn't convincing enough to any fans. Nobody was that surprised to see Galbraith take the split decision.

Alessio impressively dominated the much less skilled Andrew Buckland. Nothing stopped Alessio from taking Buckland's back and submitting him quickly in the lopsided matchup.

Ryan Jimmo was pretty dominant in his win over Mychal Clark. He was definitely the more active fighter, and he had the skills needed to dominate Clark for most of this fight. Hopefully, he can become a finisher in the future.

My great bet of the night came with Marvin Eastman's beatdown of Aron Lofton. While Lofton had the metrosexual haircut to be the next Josh Thomson of MMA, Marvin "Beastman" Eastman proved that he still has the power and tenacity on the ground to crush someone. Beastman looked a little frustrated early in the fight, but he was able to put Lofton down in the second round and pound fists to Lofton's face for the win.