Reflections on the End of Pride

Share All sharing options for: Reflections on the End of Pride 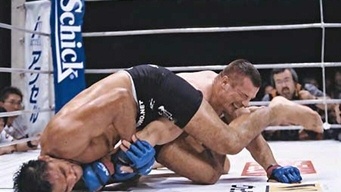 It's hard to even discuss Pride anymore without dealing with allegations of steroids and inevitable debates over whether it was better than the UFC.  Personally, I've always found it hard to even compare the two.  Not only were the rules different, the sport was different.  Pride was so much more about entertaining shows and performances than wins and losses, which is not to take away from it in any way.  The competition was still legitimate in under its own assumed set of rules, and I'm not bold enough to claim there is one universal "right" way to run an MMA promotion.

Pride holds a special place in my heart because it really got me back into mixed martial arts.  In the very early years my friends and I got into renting UFC shows from blockbuster, but we were casual fans at best given our age.  We caught a few pay per view shows too, but once it was essentially banished from pay per view, I fell out of it.  It wasn't until I started grabbing Pride DVDs from online sources and then from Best Buy that I really got into MMA again.

There are enough people talking about how Pride died, and not enough talking about how exciting it was to finally see Fedor Emelianenko vs. Mirko CroCop or Rampage vs. Wanderlei II.  Some of my most enjoyable nights as a fan were spent staying up all night to see Pride shows.  Going nuts over Wanderlei Silva destroying men is one of my favorite MMA memories.

There's definitely an issue of fans taking a rosy view of Pride, and refusing to see the downsides.  A lot of Pride fight booking was smoke and mirrors, cards always felt stacked but were often filled with one-sided fights designed for purposes of entertainment and star power rather than to determine the best fighters in the world.  Further, the over scheduling of fighters did a lot of damage to guys like Wanderlei Silva and Antonio Rodrigo Nogueira, who both look a lot older than their age given the damage they took.  I don't even want to go into the Yakuza stuff, others know the details a lot better than I do, and have addressed it in depth, but it's another obvious downside.

In the end, I'll always remember Pride fondly for all it brought to the sport, including my favorite MMA fight of all time, Antonio Rodrigo Nogueira vs. Mirko CroCop. Nogueira had a lot of great moments in the sport, but I think this was really the best. The explosion of emotion from the enormous crowd at his comeback win was really as good as MMA gets, and for all of Pride's faults, it's the kind of thing nobody else has been able to duplicate.