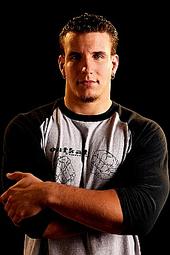 I love Frank Mir the Commentator.  In my opinion, he’s the best English-speaking, regular MMA broadcaster right now.  However, he turned in an absolutely brutal performance during the Torres-Mizugaki main event.  If you had no clue how to judge a fight, you would have scored the fight 50-45 based on Mir’s explanation of the action.

Jordan Breen takes the discussion past Mir and examines what he describes as an "endemic" problem:

So, Harris is inadequate ... how does that impact Mir's performance? Unfortunately, commentary doesn't exist in a vacuum; it's about interactional chemistry. Because Harris can neither offer context, insight nor even properly call action, Mir is forced to call essentially all of the technical action himself on top of describing its intricacies. This pattern exists in basically every MMA booth because of the fact that there are really no gifted MMA play-by-play announcers. Even the comparatively hyper-experienced Mike Goldberg, who has called UFC events since before the Corn Laws were repealed, barely calls any action. Instead he relies on Joe Rogan, who is forced to fulfill both traditional commentary roles.

This is a fundamental flaw that is endemic to MMA and one that's not about to change in the near future. Therefore, guys like Mir, who are already ill-suited to color commentary because of their in-cage requirements, are forced to pick up an enormous amount of slack for a human being who is fit to do nothing but take a broadcast in and out of commercial breaks. As a result, on top of being ill prepared, Mir has to talk endlessly until the fighters in the cage can chill out momentarily and let Harris plug "Crank 2." (Side note: How the hell is Crank now a franchise?) Of course, this is the complete inverse of how sports booths tend to functionally operate, where experienced professionals can carry the insightful but unnuanced athletes.

Much like Fagan, I also believe Mir is an extremely talented commentator who has a lot to offer in terms of technical MMA knowledge and experience.  And as Breen points out, Mir has much more to worry about than preparing for and performing commentating duties.  Obviously, Mir showed partiality toward Miguel Torres, and that unfortunately damaged the WEC product.  However, it's a singular event; Mir can take note of his failings and move on to the next event.  We'll see if he does, in fact, learn from his most recent mistakes.

Though Breen does admit in the article that live commentary is inherently difficult to perform well, I still believe he's too hard on MMA broadcasters.  I've watched countless hours of all types of sports programming, from football to auto racing.  There are more less-than-stellar commentators than truly notable ones in every sport that I've encountered.  Granted, the number of sportscasters with a solid working knowledge of mixed martial arts are few in number due the sport's comparatively short life and non-mainstream status.  This should remedy itself as the sport grows, but it will take time.  I fail to see any shortcut that will significantly speed this necessary process.

It's been suggested that the closed-in environment fostered by Zuffa is far worse than a scenario where another party - namely a network - performs the broadcasting duties.  Maybe, Zuffa employees are less inclined to cover aspects of an event that could reflect negatively on the parent company.  While there is some merit to this argument, I believe it to be largely overblown.  Conflicts of interest exist for commentators of all sports.  A member of the broadcast staff may be covering a team or an organization with which they've had a tangible relationship at some point.  The network could (and likely does) have a significant financial stake in the success of the sport or association that said network is covering.  Major League Baseball commentators routinely work directly for the teams.  I can't say it is the best scenario with regard to journalistic freedom and integrity.  It is, however, reality and likely a financial necessity.

In fairness to the aforementioned argument, there are some things that Zuffa could, and should, change.  The handling of injuries is a good example though I don't see a so-called neutral broadcast team as being the panacea sought by many.  The bottom line is that there isn't a perfect setting with perfect people to fill broadcasting duties.  Trading one set of problems for another is nothing more than shuffling the deck.  We should require the best MMA coverage possible while also remembering that there will always be tradeoffs which make expert commentary at every telecast event nothing more than a pipe dream.