Strikeforce Sticks to Its Roots for Showtime Debut

Share All sharing options for: Strikeforce Sticks to Its Roots for Showtime Debut 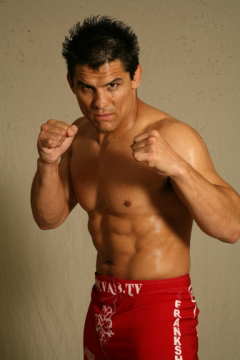 You might have thought for its debut on Showtime, Strikeforce would bust open the piggy-bank and bring in some big name stars to draw a rating.  However, a closer look at the card reveals a card on par with or weaker than other Strikeforce San Jose cards of the past.

The main event is an excellent clash of personalities, but the lack of television to properly hype it has tempered excitement.  The obvious appeal of Shamrock v. Diaz in Northern California doesn't automatically translate to the rest of the country, and the lack of a countdown show makes it hard to promote it well.

Gilbert Melendez's original fight with Josh Thomson was a great fight for the hardcores, but nobody could confuse it with a big name fight.  Melendez will probably end up with an easy opponent.  Cyborg is on the card against Hitomi Akano, who is good enough on the ground to possibly create problems, but will probably just get steamrolled.  The Radach-Smith and Rogers-Humphries fights will probably be very one-sided affairs as well.

Outside of the main event, this is not a competitive card.  With Thomson off, four out of five fights are designed with a clear winner in mind, and it would be a shock for one of them to lose.  They want Cyborg to win to build a Gina fight, Melendez to win to build an eventual Thomson fight, Smith to win to get him back into the pack of middleweight contenders, and Rogers to win to build a potential Kimbo fight.  And they probably want Frank to win so they can do a Cung Le rematch or a Tito Ortiz fight on CBS.

The bright side of this kind of matchmaking is that the card won't be filled with dull decisions.  It's hard to see any of these going the distance in boring fashion.  The downside is the outcomes don't really tell us anything meaningful.

Scott Coker is a unique promoter, he looks to put on entertaining cards that set up the next card.  He's not trying to hit a homerun his first time out, but maybe that is what will separate him from promotions like Affliction and EliteXC.  The card suggests to me he is in it for the long haul, and feels no pressure to deliver a huge number the first time out.