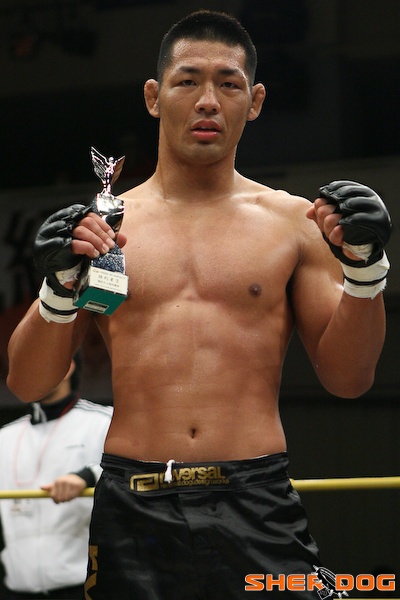 According to a blog post from GRABAKA teammate Sanae Kikuta, Riki Fukuda (13-4) has agreed to step in against the returning Murilo "Ninja" Rua (16-9-1) at Sunday's DREAM.8 on less than 48 hours' notice.

From Suki at MMA Fighting:

Sanae Kikuta updated his blog on Saturday and said that his teammate Riki Fukuda took a chance to fight Murilo Ninja at Dream.8 on April 5.

[Dong Sik Yoon], who was scheduled to fight Murilo "Ninja" Rua on Sunday, canceled his fight due to injury.

Fans in the States might remember the pro wrestler Fukuda from his pair of EliteXC bouts in 2007, including a tough split decision loss to Joey Villasenor. Since then, Fukuda has posted a 5-1 record in DEEP's welterweight division, including a pair of wins over former champion Ryuta Sakurai and one over DREAM Welterweight Grand Prix participant Yuya Shirai.

The former EliteXC Middleweight Champion Rua has not fought since a demoralizing TKO loss at the hands of Benji Radach on last October's infamous "EliteXC: Heat" card. DREAM.8 will mark "Ninja's" first bout in Japan since 2006, when he was knocked out in shocking fashion by Denis Kang in the opening round of PRIDE's Welterweight Grand Prix.

[UPDATE] The bout will now take place at a catchweight of 89kg.

Here's how the final card looks. If you're staying up to watch, don't forget to join us at 3AM ET on Sunday morning for the liveblog!