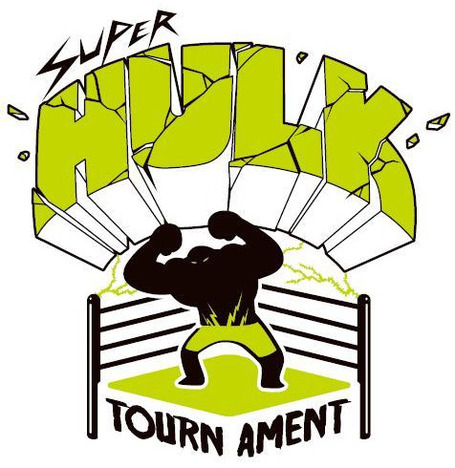 When I went to sleep last night, I was fairly certain we'd already heard all the big news that was going to come out of Japan this week. Many offices and businesses have closed down for the Golden Week holidays, and besides, what could possibly top Wednesday's Fedor-Aoki Sambo spectacle? Then I woke up this morning and DREAM Event Producer Keiichi Sasahara shattered my brain.

- With a middleweight championship bout, a lightweight title eliminator and the second round of a loaded Featherweight Grand Prix, DREAM.9 was already going to be big. But today, things got huge. What Sasahara had originally referred to as a "Superdreadnought GP" has been re-christened the "Super Hulk Tournament" - Marvel Comics surely has a cease-and-desist in the mail already - and will feature opening round bouts such as Jose Canseco (0-0) vs. Hong Man Choi (1-2) and Bob Sapp (10-3-1) vs. Ikuhisa Minowa (41-30-8). Originally thought to face one another in a lightheavyweight bout, Gegard Mousasi (24-2-1) and Rameau Thierry Sokoudjou (5-4) will now take on K-1 fighters Mark Hunt (5-5) and Jan "The Giant" Nortje (2-5), respectively. The tournament bouts will have modified rules (shorter rounds, no knee strikes to grounded opponents' heads) and the semifinals and finals of the tournament will not take place on the same show, which leads me to believe the Super Hulk champ will be crowned on a ridiculously stacked New Year's Eve Dynamite!! card.

These matchups hearken back to the days of PRIDE FC (when Japanese MMA piggybacked off the puroresu craze of the 90s) and, along with the attention-grabbing lead-in of Daisuke Naito, are almost guaranteed to draw some much-needed extra eyes to May 26's primetime broadcast on TBS. What's more, Sasahara says today's announcement isn't all - he's still got a trump card to play. But what could trump this?

UPDATE: Minutes after I posted this, HDNet Fights CEO Andrew Simon made the no-brainer announcement that DREAM.9 will air live in North America. The past two DREAM events had been aired on tape delay.

- K-1 opened up a fan poll this week to help determine the retiring Masato's next-to-last opponent at the K-1 MAX Final 8 in July. (The "Silver Wolf's" final bout will be on New Year's Eve against the winner of this year's MAX tournament.) It features some legit candidates like Takanori Gomi and Juichiro Nagashima, as well as far-fetched options like Oscar De La Hoya, Akebono and Mirko "Cro Cop." Nightmare Of Battle has translated the options here in case you care to vote, though the poll is mostly for show and probably won't have much influence in FEG's decision making. Regardless of the outcome of his Shooto bout with Takashi Nakakura on May 10th, I'm personally hoping for Gomi.

- Yoshihiro Akiyama announced a new addition to Team Cloud on his blog today: DEEP light heavyweight Yusuke Sakashita (5-1). The 6-foot, 33-year-old Sakashita formerly trained with PUREBRED Kyoto, and the only blemish on his record stems from a 2005 bout with Poai Suganuma. Akiyama has said that he hopes that his own newfound association with the UFC will lead to more Team Cloud members getting a shot at the big stage.

- A source at HDNet tells me that top featherweight prospect Shigeki Osawa's (1-0) bout with Kota Ishibashi (0-3) will not be part of the live broadcast for Sengoku VIII this Saturday. It's one of two dark matches that will take place before the opening ceremony; the other is the Pancrase vs. ZST matchup of Hirotoshi Saito (2-1-1) vs. Yoshitaka Abe (2-2-1). Nonetheless, the FWGP quarterfinals are going to be fantastic, and we're hoping to have a good sized crowd joining the BE Night Crew for this weekend's liveblog (Saturday @ 3AM ET).

- Korean heavyweight Mu Bae Choi (8-3) is the latest addition to the massive June 6th "Pancrase Changing" card, which now stands at 16 fights and growing; he'll face PRIDE veteran Katsuhisa Fujii (9-16-1). Choi is coming off of an upset TKO win over undefeated prospect Dave "Pee Wee" Herman at Sengoku No Ran 2009, while "Shamoji" is 1-7 in his last eight fights, stretching back to 2004. Choi's Team Tackle stablemate Hyung Kwang Kim (2-3) will also be in action, drawing a tough opponent in Koji Oishi (17-8-6), who last month battled Sengoku lightweight Maximo Blanco to a draw. (Sportsnavi)

- Cage Force has issued a press release detailing the aborted Kuniyoshi Hironaka vs. Marcus Donahue main event of their April 25th show. Apparently, Donahue was scheduled to arrive in Japan on the 23rd, but flight scheduling problems delayed his arrival until the 24th. When he arrived, he weighed in at 77kg, more than 6kg over the lightweight limit of 70.3kg. (Hironaka weighed in at 70.1kg.) Cage Force allowed Donahue to weigh in the following day at their standard fight day re-weigh-ins, but Donahue had only cut to 74.2kg by 3:30 PM. The parties attempted to negotiate a new bout at welterweight (72.7kg), but Donahue informed officials that he could not cut anymore weight, and the attending doctor conveyed the opinion that further cutting could be dangerous. So there's the official explanation; mind you, there have been rumors in the past about Greatest Common Multiple's shoddy communication with foreign fighters, and even word that Kate Martinez (who headlined the evening's Valkyrie card) had trouble making weight. Still, the question remains: who is Team Alpha Male's Marcus Donahue?